The ballroom of the stunning Mandarin Oriental Hyde Park was bursting at the seams as industry professionals gathered for the Arena Christmas Event. The sell-out event delivered a fantastic combination of industry insight, a formidable and respected keynote speaker in the form of Wendy Bartlett MBE, founder and CEO of bartlett mitchell, the opportunity to connect with colleagues from all sectors of the foodservice and hospitality industry, and the incredible five-star hospitality of one of London’s finest hotels. 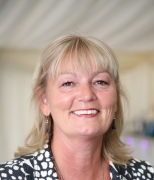 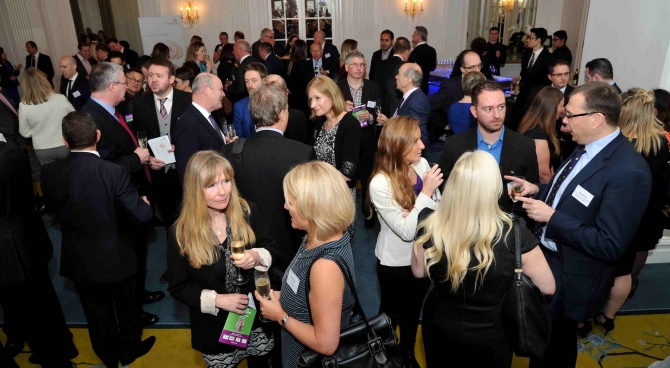 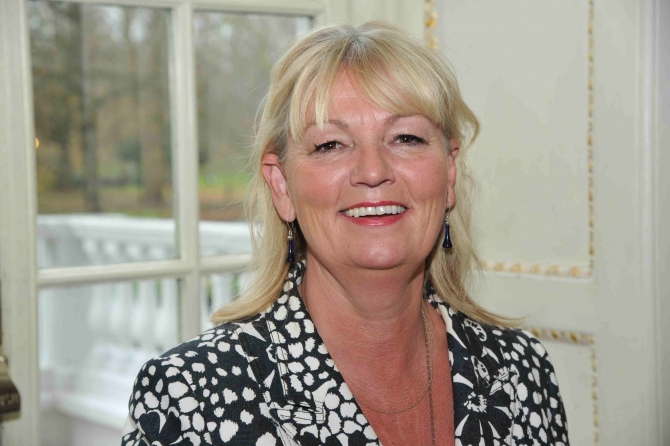 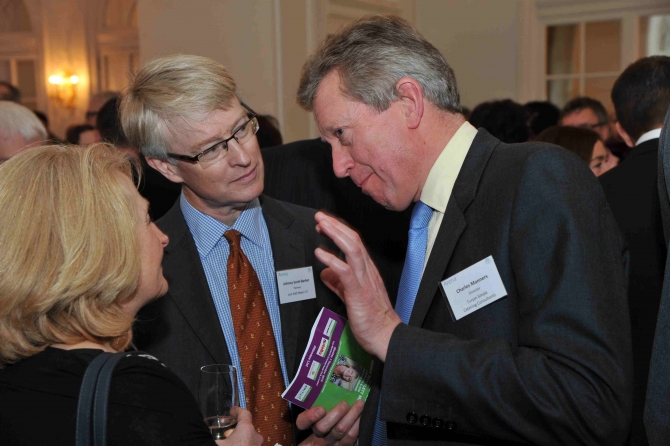 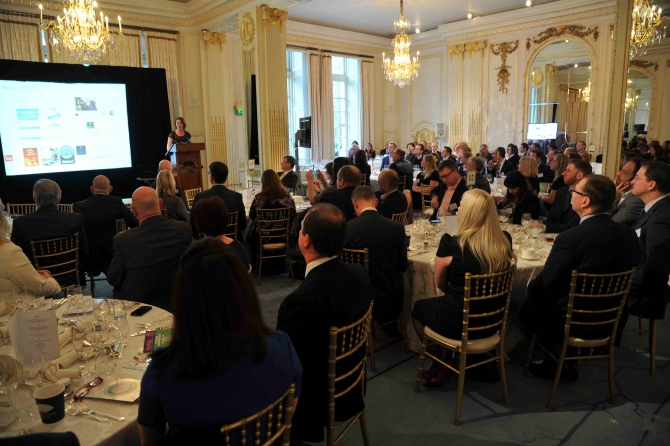 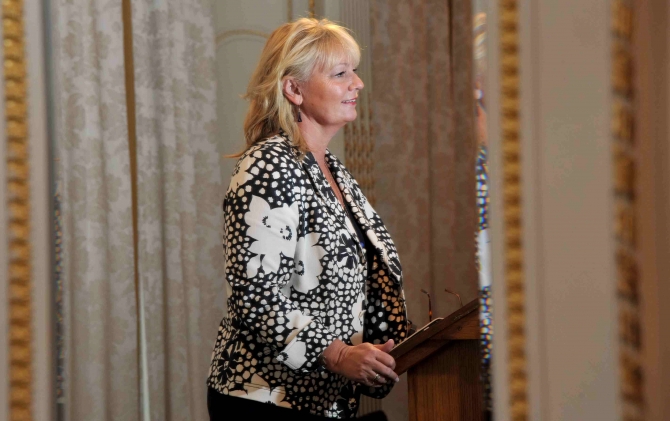 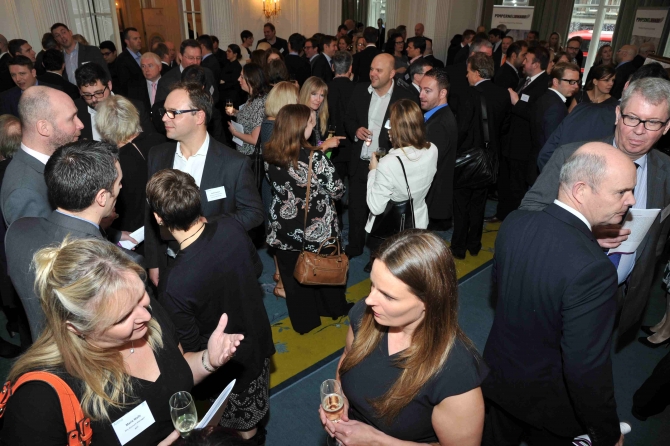 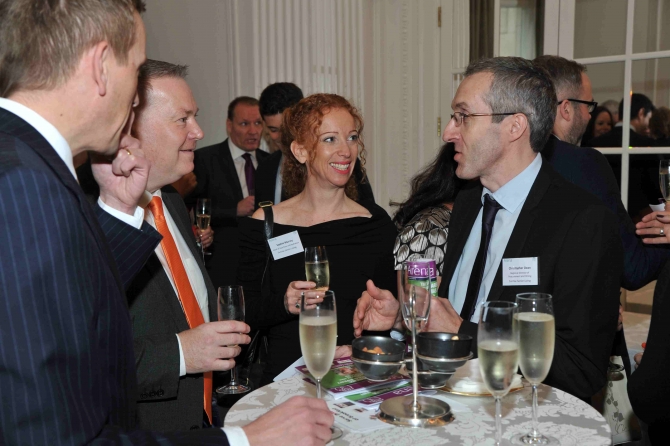 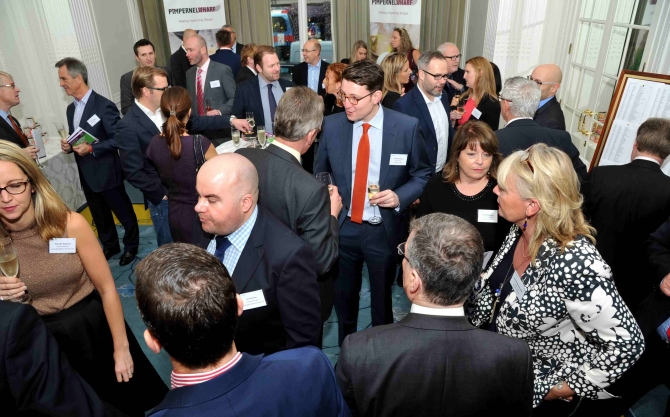 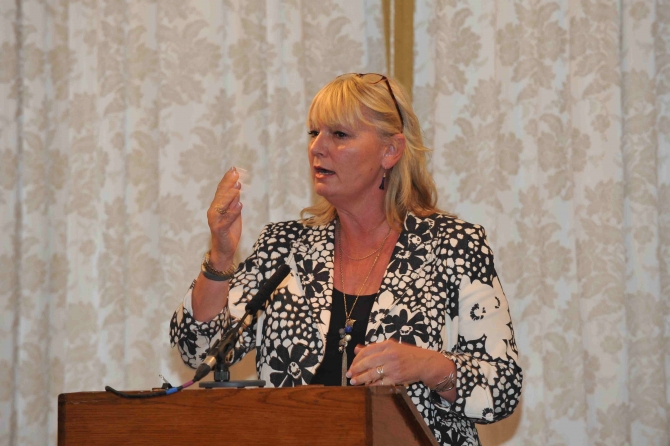 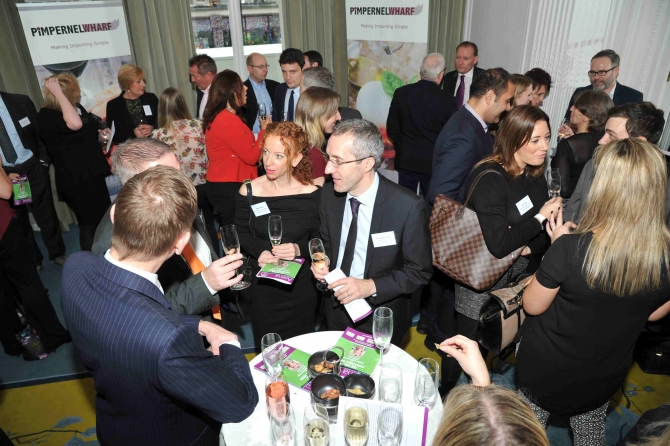 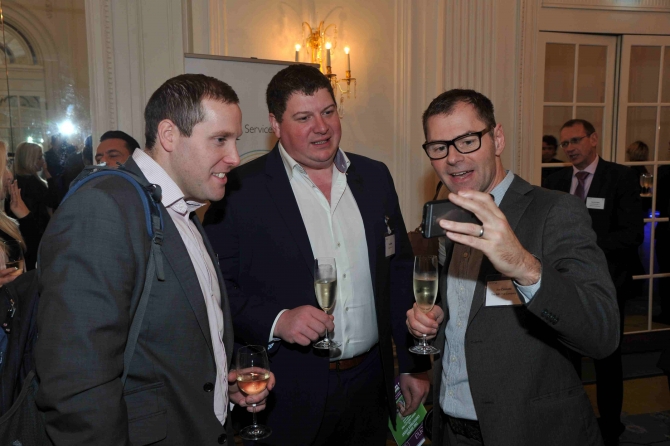 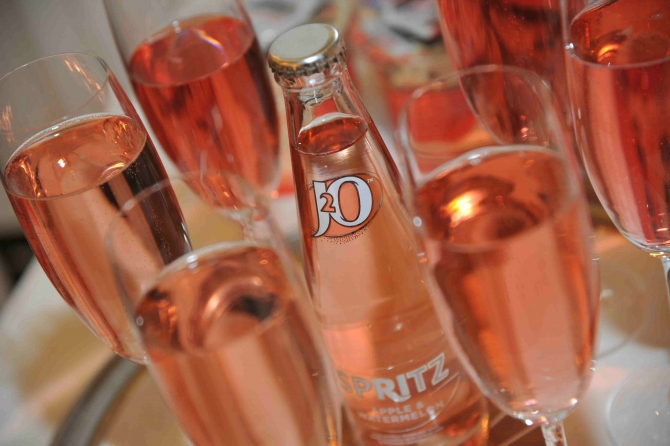 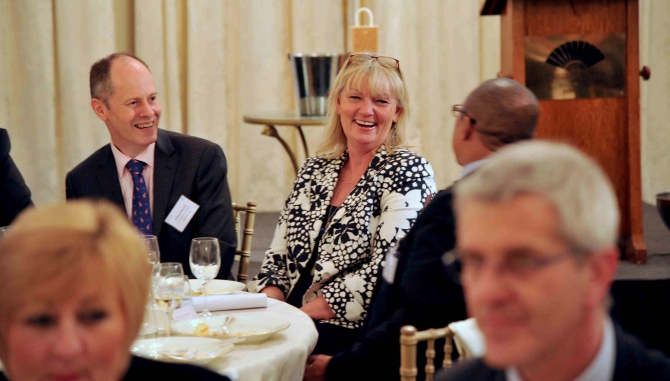 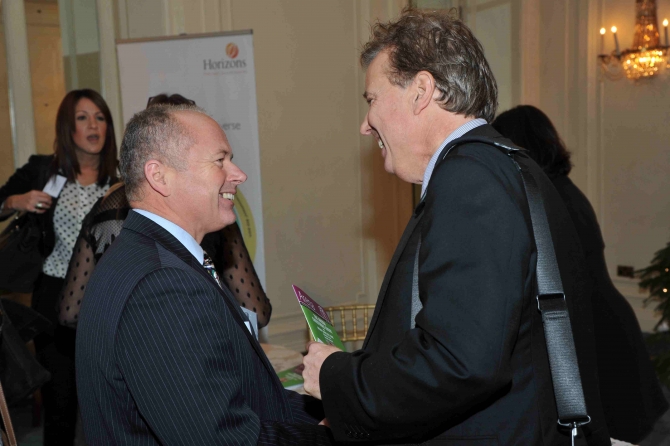 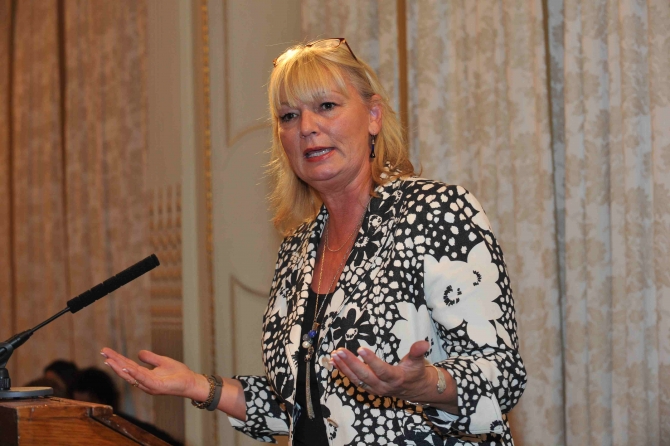 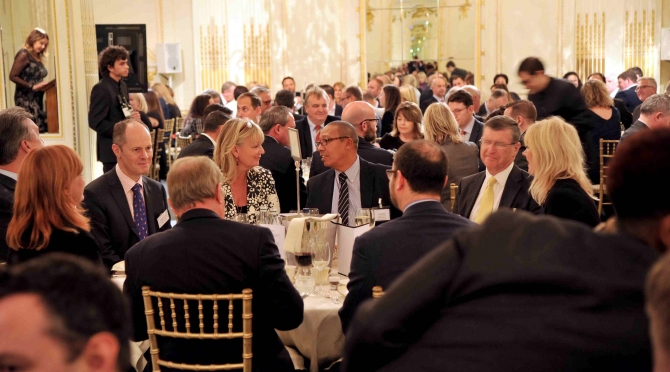 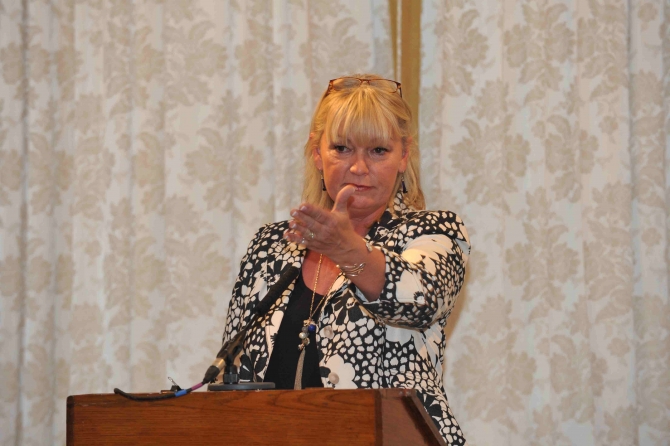 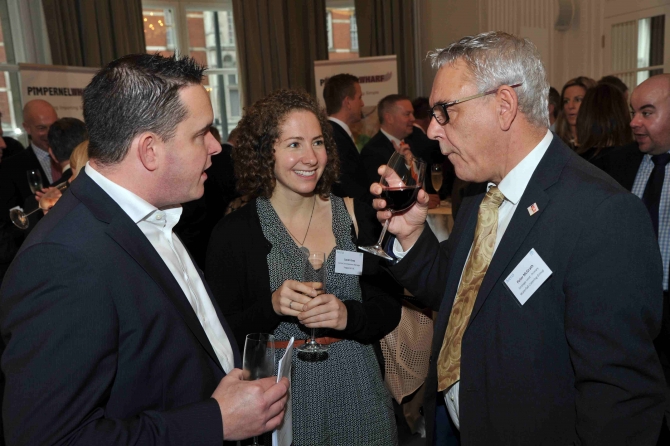 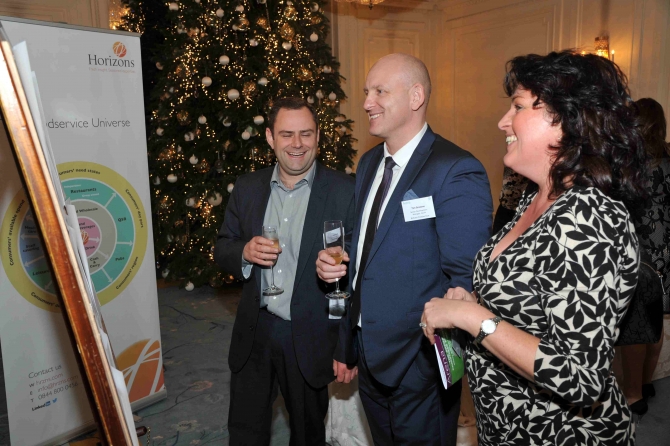 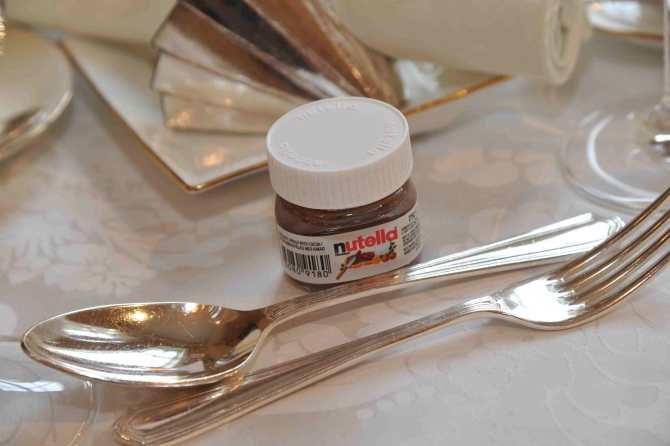 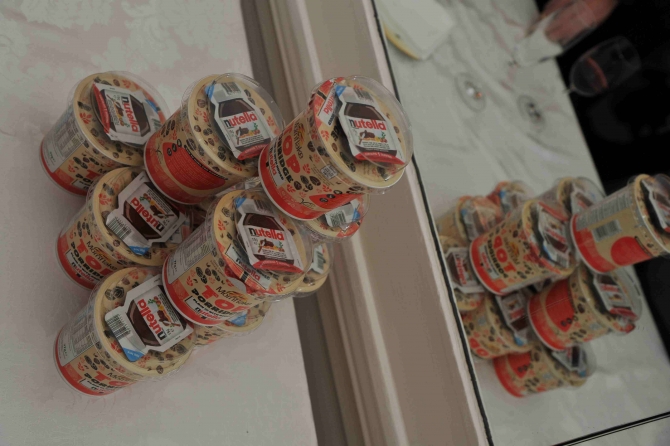 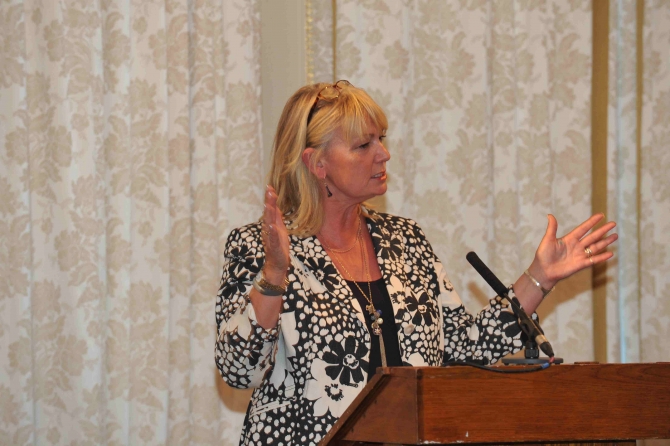 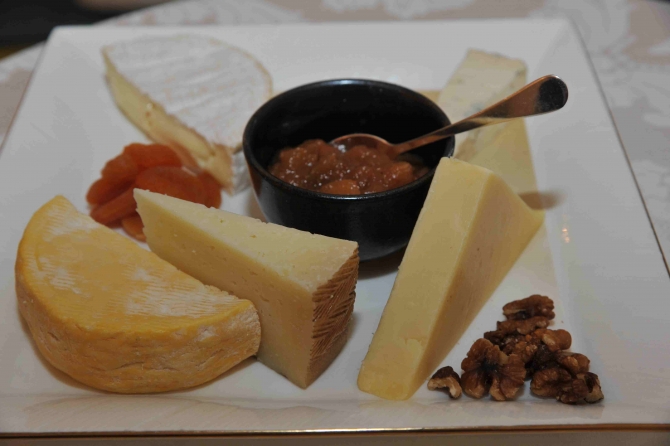 The ballroom of the stunning Mandarin Oriental Hyde Park was bursting at the seams as industry professionals gathered for the Arena Christmas Event. The sell-out event delivered a fantastic combination of industry insight, a formidable and respected keynote speaker in the form of Wendy Bartlett MBE, founder and CEO of bartlett mitchell, the opportunity to connect with colleagues from all sectors of the foodservice and hospitality industry, and the incredible five-star hospitality of one of London’s finest hotels.

Industry insight experts, Horizons, kick started the day with a succinct and valuable review of the past 12 months and the significant events and trends that have shaped the industry as we enter 2016.

Peter Backman, Horizons’ managing director, opened the presentation describing 2015 as ‘a year of paradoxes’.  The challenging contradictions include: a consumer that on the one hand had more money in its pocket and increased confidence, but on the other harboured concerns and caution around terrorism, immigration and the food they are eating; a pricing conundrum of consumer power plus benign inflation that makes price increases difficult; and the dilemma of eating healthily versus eating the foods that we want. The task ahead for the industry is how to resolve these paradoxes.

A whistle-stop romp through 2015 followed, succinctly reminding the audience of the highs (and a few lows) of the year.  In a year that started optimistically, the noteworthy trends and occasions include the evolution of health into wellbeing, as calorie counting gave way to a range of health issues; the impact of the sugar debate; the dynamic growth of casual dining; the continuing blurring of day parts; the general election; cashless overtaking cash; the ongoing popularity of Americana; the role of technology in meeting the demands of busy lifestyles; the rugby world cup; a move to hand-held food and ingredient innovation.

For the UK, 2016 is set to bring continuing austerity, uncertainty over Europe, the first steps towards the national living wage, Euro 2016 and Rio 2016.  For the foodservice and hospitality industry change will be the continuing theme. The market will become increasingly competitive, companies will get bigger as strategic mergers and acquisitions continue, and pressure on pricing throughout the whole supply chain will increase as consumers continue to demand good value.

Peter concluded that in a fast-changing market the need to innovate will be paramount. Successful brands and operators will stand out from the crowd, move outside their comfort zone and do things differently, whilst remaining true to their values.

Following an energetic drinks reception that enabled guests to connect with industry colleagues and make new contacts, the buzz of interaction continued as guests enjoyed a delicious three-course lunch and five-star service.

As the mini-mince pies were passed around the table, Wendy Bartlett MBE took to the stage to share her exceptional story.

Fifteen years ago, following a successful career with Sutcliffe Catering and spurred on by William Baxter who told her to ‘just get on with it’, Wendy decided it was time to go it alone. She was ready and focused to get back to her passion for food and people, rather than it all being about finance.

Based on just one conversation (and not a formal strategy, as many would think), her business partner, Ian Mitchell, was on board and bartlett mitchell was created in the back bedroom of Wendy’s home. For the first two years Wendy and Ian did not pay themselves a salary.  A stark contrast to today, as the business now boasts a turnover of over £30million and operates in 87 locations around the UK with over 200+ staff.

Wendy attributes the companies’ success to partnerships that work. She described everyone on her board as her friends – a dynamic that creates some pretty lively discussions, but most importantly enables and empowers everyone to voice their true opinions. The firm belief in team values permeates throughout the business and bartlett mitchell features in the Sunday Times Top 100 Companies to Work For, an achievement Wendy is incredibly proud of as it is voted for by her employees.

The fantastic support of bartlett mitchell’s suppliers was also praised.  Wendy declared that without them the business wouldn’t have made it, and as a result it remains loyal to those that have looked after them.

Wendy went on to express her concern as to where the next generation of entrepreneurs within the contract catering sector will come from. She named many successful companies that have been born out of the Sutcliffe era, but questions if there are any entrepreneurs coming through Sodexo and Compass today.

A seemingly fearless entrepreneur herself, Wendy sees every challenge as an opportunity and grasps it firmly with both hands.  She is excited by the prospect of competition and is by no means threatened by the High Street; she believes that the national living wage is a good thing for contract caterers as they must be supportive of their teams to get the best out of them on a daily basis; and she sees the sector as a fabulous place for females to operate, maintaining gender is only a barrier if you think or believe it to be.

Looking forward to the future, Wendy welcomes the need to do something new and innovative in the market. This was the motivation behind Inn & Out Events, bartlett mitchell’s sister business that gave the company a progressive step change. Recognising that contract catering can be dull, she is keen to bring out its artisanal side and sees this is as the role of bartlett mitchell.  She described her company as a ‘personality’ within the sector – a label that is true of both the business and its CEO.

Wendy ended her address by sharing her Christmas wish list for the sector.  As well as a plea for no more demi cups and easy wifi access and codes, she wished for the industry to unite to find a solution to the problem of chef recruitment and retention.  Stating that it has become too complicated to enter the industry, and challenging the audience to name the qualifications needed by chefs, she called for one organisation to simplify the process. Wendy put forward the clear purpose and work of the BHA in this area as a positive example.

“We are too disparate as an industry. We have too many organisations who are there in their power base and doing the thing they need to do, which means you don’t end up with one voice.”

During the event a charity raffle was held for Hospitality Action and Springboard with the grand total of £1140 raised.