On the eve of the launch of Carluccio’s first supermarket range into 114 Sainsbury’s the CEO of the famous branded restaurant, Simon Kossoff, stepped out to address more than 200 hospitality industry colleagues at the biggest Summer Arena Lunch ever. 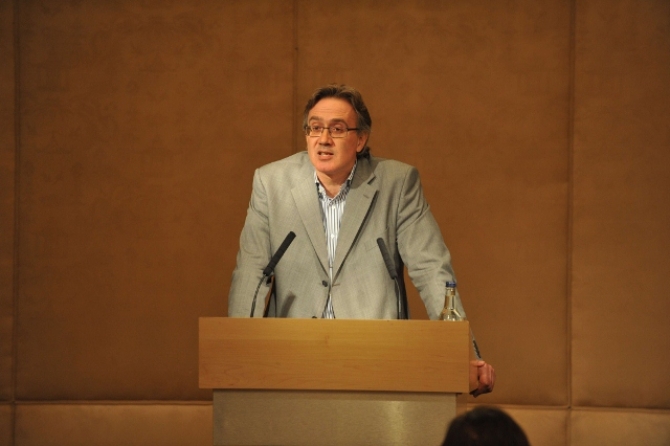 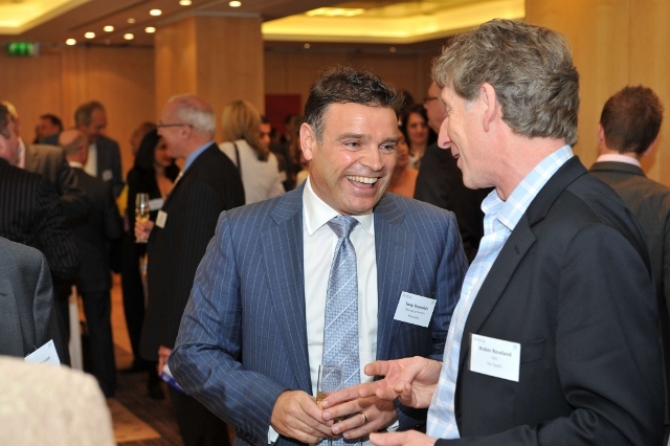 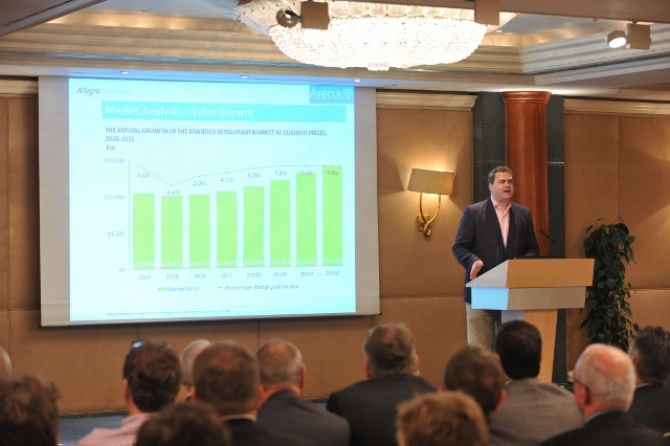 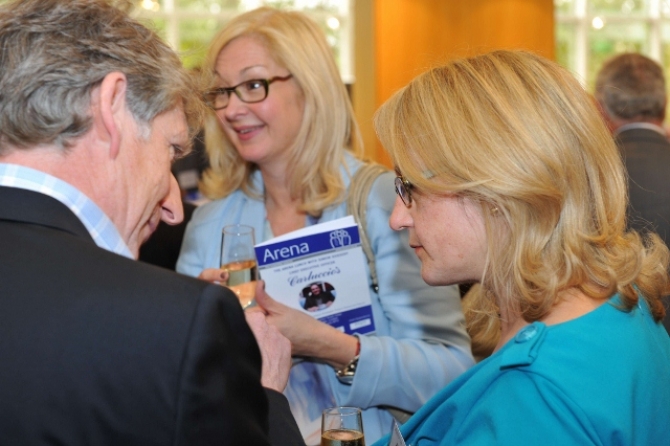 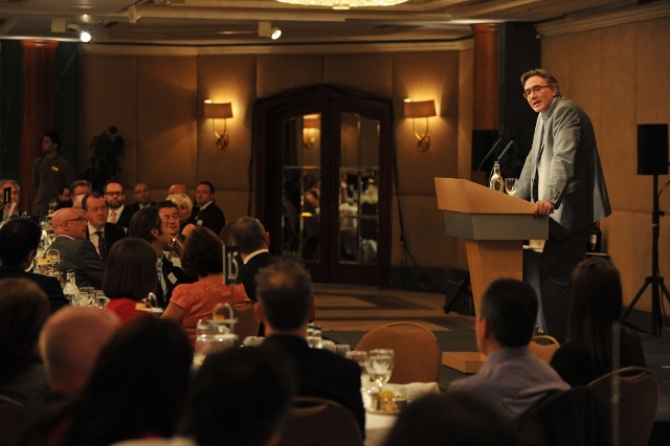 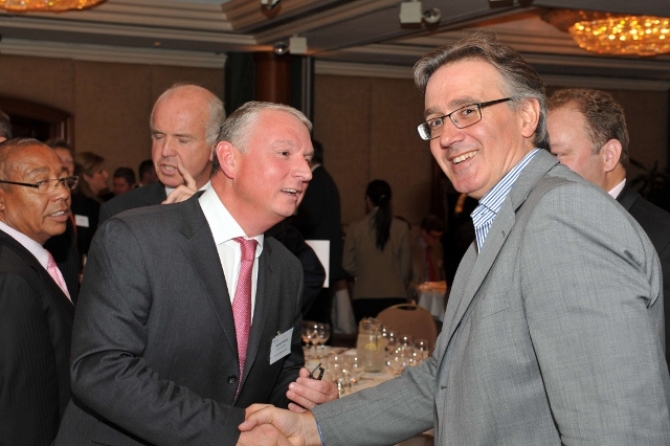 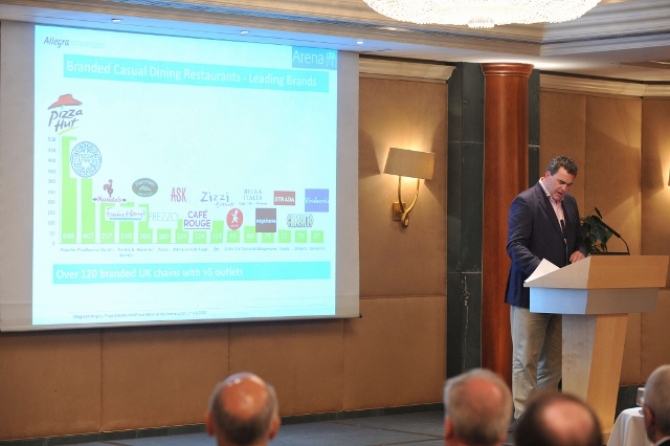 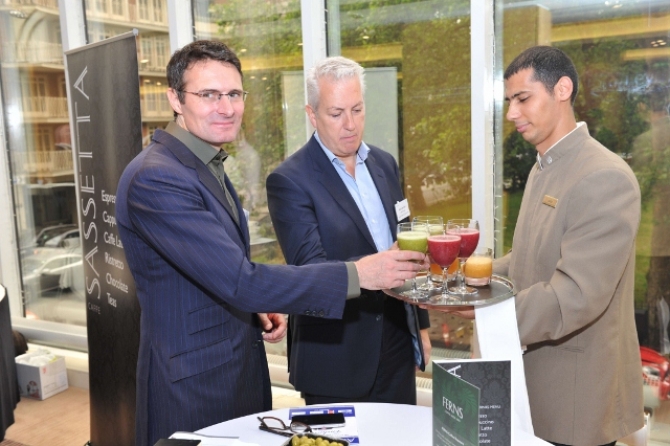 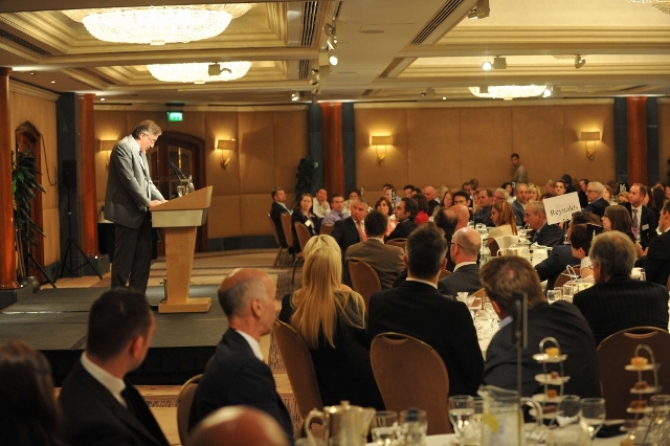 On Tuesday 17 July 2012 influential names from across the industry – including fellow restaurateurs such as Robin Rowland, CEO, YO! Sushi – enjoyed a frank, honest and inspirational account of the birth and growth of the Carluccio’s brand, sharing in the successes, frustrations, laughter and high drama of the past 12 years.

Simon headlined an incredible Arena event that offered real value with the additional special presentation of Allegra Strategies’ Project Restaurant Report.  The perfect precursor to Simon’s speech, the briefing gave a succinct, yet detailed, overview of what the industry analysts describe as the ‘most authoritative and definitive study of the UK Branded Restaurant Industry, including casual dining, pub restaurants and fast food.’

The enlightening briefing covered crucial areas such as the impact of the economy, sector performance, consumer and food trends, the dominance of the discount voucher, and predictions for the future.  The audience was presented with tangible statistics, facts and figures, and left with much to think and talk about.  Indeed, the lively networking drinks reception and lunch saw much debate and discussion between old and new acquaintances as they enjoyed the superb hospitality of the Jumeirah Carlton Tower Hotel.

Simon’s post-lunch address, delivered in a relaxed yet captivating manner, held the attention of the audience from his first meeting with Priscilla Carluccio, wife of Antonio, in 1998 to the present day, which sees the brand venturing into new channels and expanding internationally.

It was crystal clear that Simon whole-heartedly believed in Priscilla’s vision of a caffe and deli concept from day one.  In an era dominated by the themed restaurant Simon, having moved on from My Kinda Town, found himself inundated with all kinds of bizarre offers, included a Beatles restaurant, a Star Trek, and even one built to physically look like a Coca Cola can on its side!  In all the madness, Priscilla’s idea of freshly prepared food with authenticity and heritage, a celebrity chef, and beautiful Conran-designed venues was refreshing and simply brilliant.

“When Priscilla explained the concept I knew if I could get it started and manage it, it could be brilliant.”

What followed was an uphill struggle to fund the ‘bricks and mortar’ project in a time when dot com was everything.  Simon remembers: “I think it would have been easier to have raised £200m for an online food business than scrape together the £2m we needed for a start up.”

A crusade of meeting after meeting pursued until eventually in July 1999 funding was secured and 16 weeks later, on 23 November, the first Carluccio’s at Market Place opened.

Then came a three-month masterclass in creative problem solving – from the seemingly farcical, like rescuing hijacked stock from not so honourable suppliers, to the more fundamental recognition of the need to extend opening hours beyond 8pm.  By Valentine’s Day 2000, with a modified business model and longer trading hours, Carluccio’s took off.  The initial £14,000 per week takings became £40,000 and just 15 months later the second venue on St Christopher’s Place opened and was soon making £80,000 a week.

By 2005, with 22 stores, it was time for Simon and the team to deliver on the exit promised to investors.  This took the form of listing on AIM.  Then in 2006 they entered into a Middle East franchise deal with Landmark, opening stores in Dubai and Kuwait, who in 2010 went on to buy the company for £90m, 10.7x EBITDA – in Simon’s words “Not bad!”.

Standing in front of industry peers having just opened store number 63 in the UK, with 7 more to open this year, and the range for Sainsbury’s about to go live, it would be easy for Simon to simply bask in the glory of his and Carluccio’s success.  He was, however, candid in his revelation that it has not been plain sailing.  He highlighted ‘desperate moments’ that he was convinced at the time would destroy the business, such as giving 30 people salmonella poisoning from a badly stored tiramisu, receiving threats to personal property and even his family at the centre of a minimum wage storm, and a Sunday paper headline for an interview with Antonio Carluccio stating ‘It’s my name, but not my food.’

Today, well on target to reaching goal of 100 UK stores by 2015, embarking on new channels and turning attentions overseas with an international strategy for expansion, Simon is looking forward to his 12th Carluccio’s Christmas.  It was with warmth and obvious pride in his ‘bricks and mortar’ success that Simon concluded:  “We work in one of the few industries for which there isn’t and won’t be an online alternative.”