The 2012 calendar of Arena events got off to a flying start on Tuesday 20 March, with a simply phenomenal Savoy Lecture. Six years after Lord Coe took to the Savoy Lecture stage, exuberant having won the Olympic bid, Jan Matthews, Head of Catering, Cleaning and Waste Management, LOCOG, stood on the very same stage, full of excitement and anticipation for the London 2012 Games, which were just 129 days, or 18 Tuesdays, away. 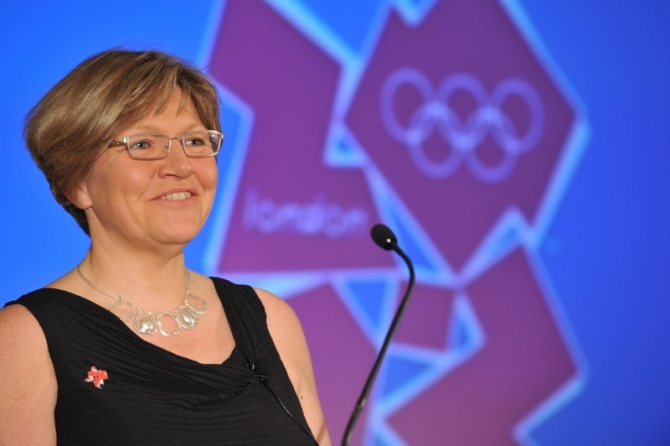 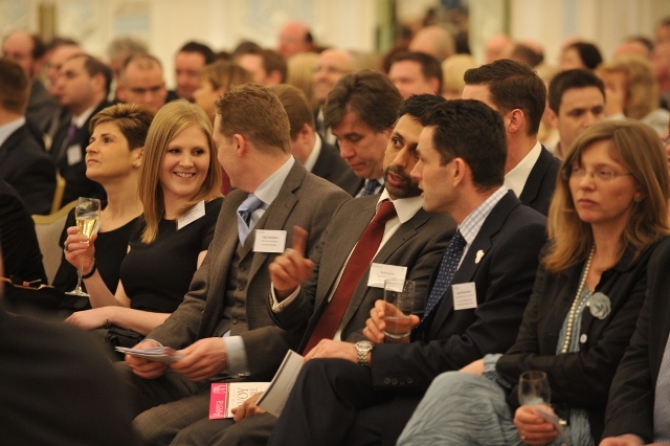 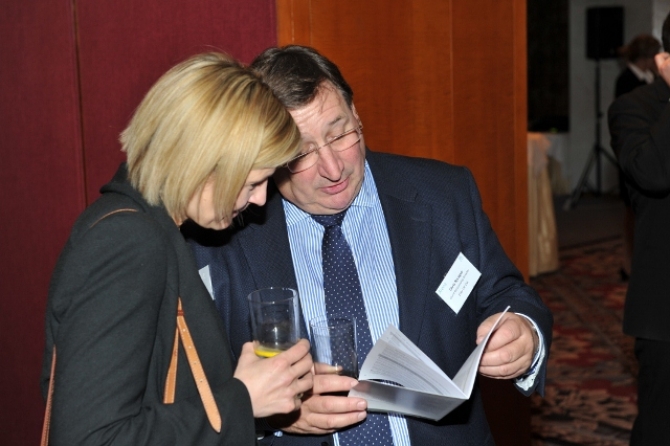 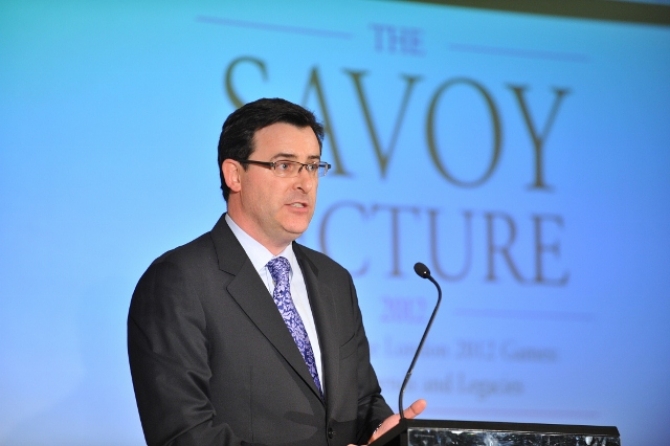 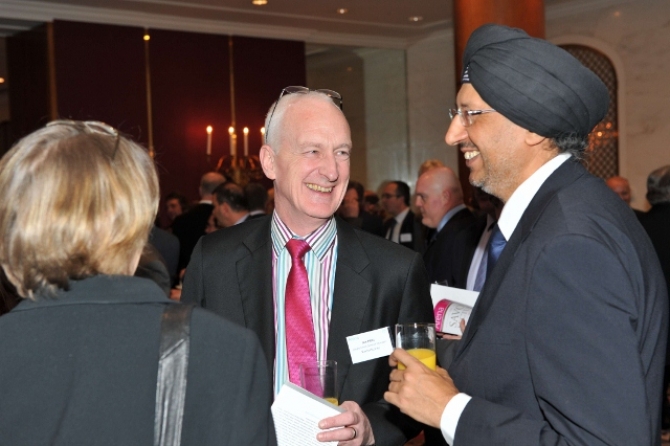 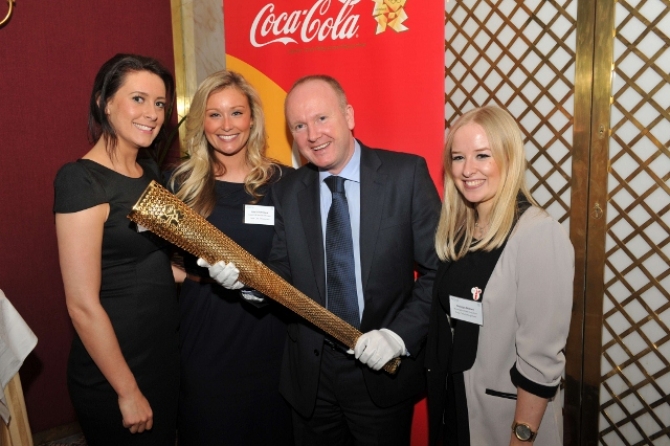 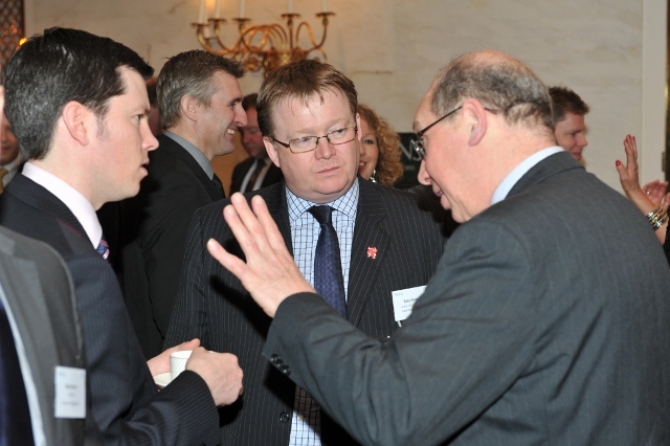 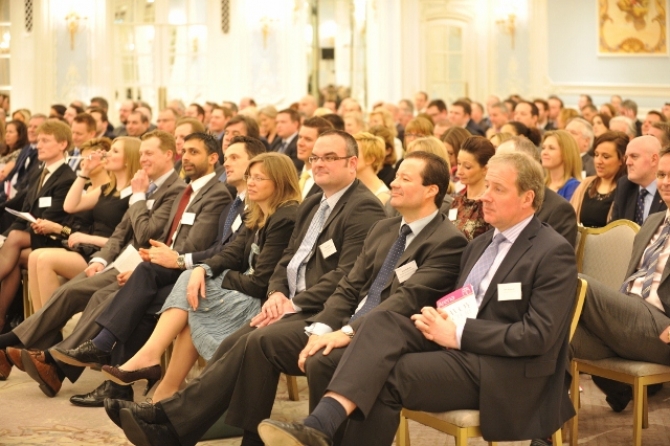 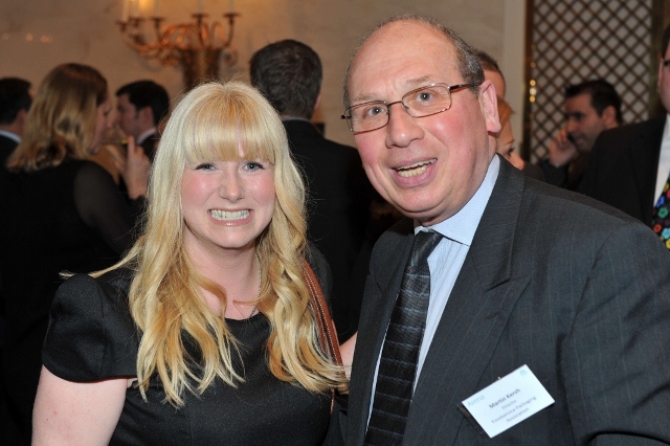 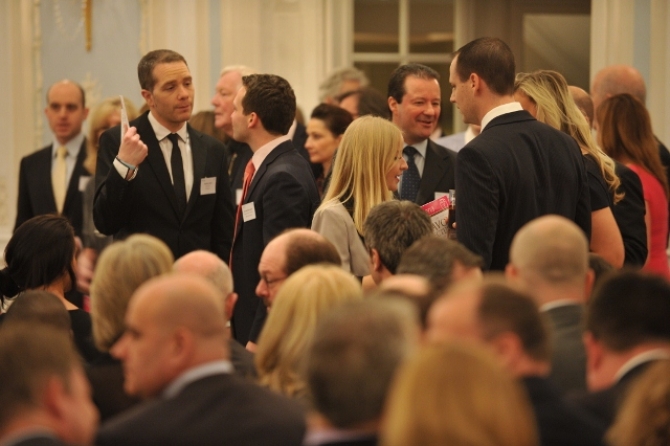 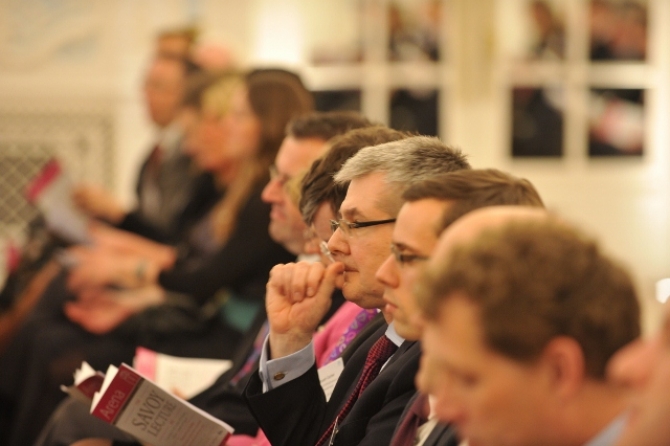 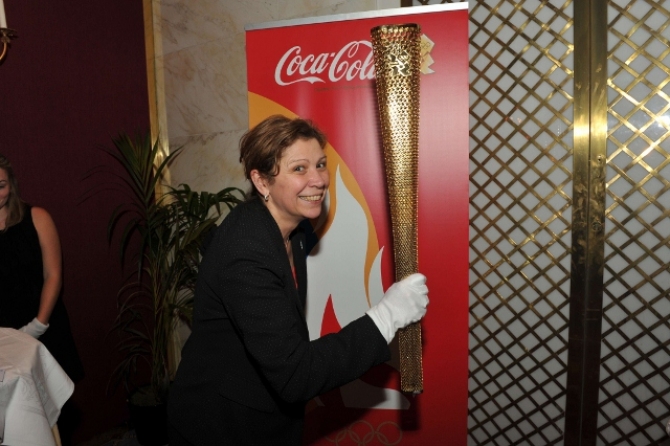 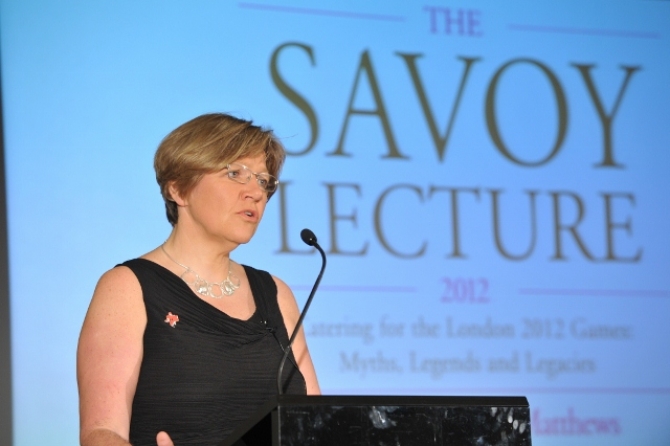 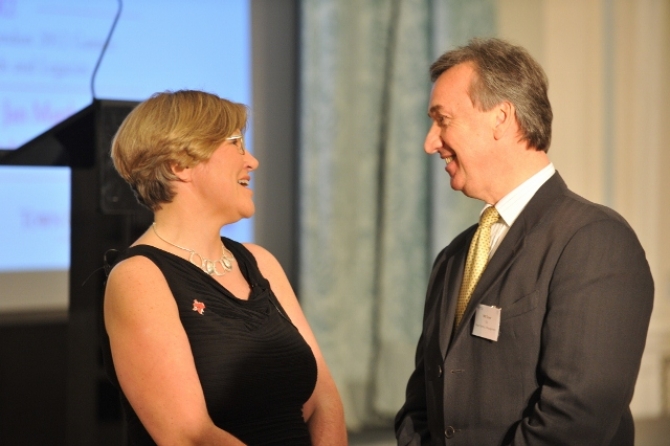 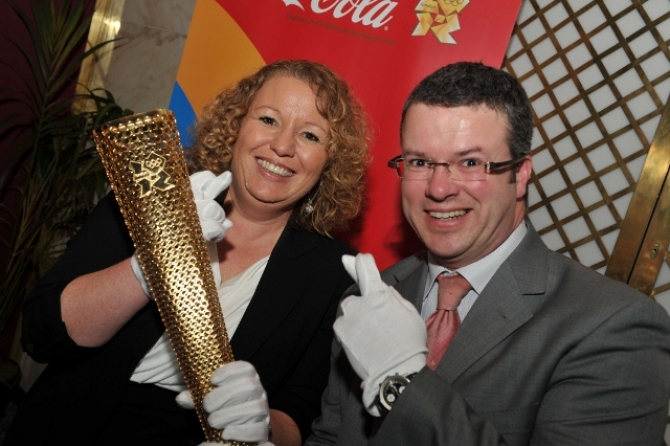 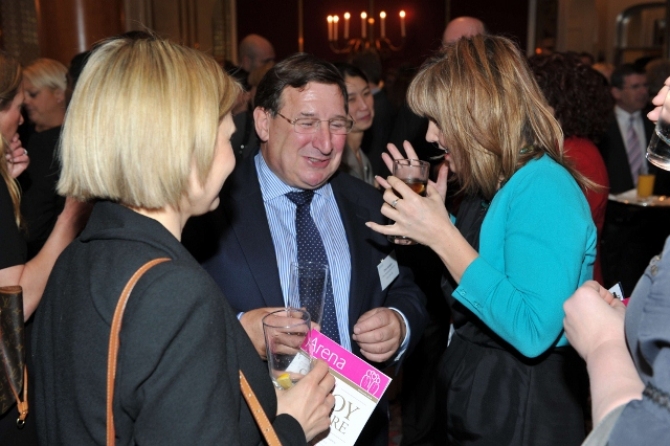 Jan is leading the 22,000-strong team that is delivering the mammoth catering and hospitality package for the 2012 Games.  Her extensive industry experience, which includes the hotel sector, contract caterers Aramark and Elior, and NAAFI, makes her more than equipped for the job, and it was clear from her enthusiasm and verve that she is enjoying every minute and every challenge of this once-in-a-lifetime catering role.

Entitled Myths, Legends and Legacies, Jan’s presentation succeeded in dispelling the myth that Games catering is predominantly junk food, and creating a real sense of the legacy being formed, particularly for our industry.

Packed with detail and overwhelming statistics, Jan provided a real insight into the sheer scale of ’the largest peace-time catering operation in the world’.  The audience digested staggering numbers such as 14 million meals, 205 nations, 15,700 athletes, 70,000 volunteers, 20,000 media, 9 million ticket holders, a TV audience of more than 6 billion, 833 concessions, 10 million litres of fuel, and a projected revenue of £2billion.

"Catering doesn’t get much bigger or much more complicated than this."

Faced with a blank canvas, how do you set about catering for what LOCOG promised in the bid would be the ‘most sustainable and inclusive games the world has seen’?  The genius stroke that set Jan’s team on the path to success was the creation of the Food Vision – the first of its kind in Olympic history.  Launched in December 2009, the Food Vision is the strategy for achieving catering excellence and showcasing the UK, its food culture and our industry.  Featuring core strands such as food safety and hygiene, choice and balance, sourcing and supplying, and skill and education, it has driven everything that has been put in place to date.

As Jan took the audience through the Food Vision, it became very clear that this really is a unique catering project.  How many contracts require finite detail such as ensuring poppy seeds are not included in the athlete’s bread as they could show up in drug tests?

The sustainability message came across loud and clear, and is one goal in the Food Vision that has certainly become reality.  All meats to be used meet the Red Tractor standard, all eggs are free range, coffee and chocolate are Fair Trade, fish is MSC certified, and Freedom Food chicken and pork is to be used.  The approach to waste is just as stringent, with a target of zero to landfill and 70% of all waste to be recycled or composted.  Biodegradable suppliers have been sourced for all packaging and the recycling procedure is rigorous and simple for everyone to follow from front-of-house through to the back.

Jan praised the sponsors for their support in the meeting the sustainability targets.  McDonald’s has confirmed that all chicken at the Olympics will be British, it was previously only 2%, and Coca Cola will be recycling PET bottles within a four week period, meaning a bottle purchased during the Olympic Games could be recycled and reappear in a bottle being purchased at the Paralympics!

When it comes to the legacy of the Games catering, Jan can already see this happening.  Firstly, enthusiasm for the monumental event is inspiring people and creating renewed enthusiasm for the industry across all ages.  An incredible 6,500 school pupils entered a competition to create a dish to be served in the athletes’ village.  And secondly, from a sustainability point of view, huge steps have been taken.  For example, the number of catering butchers reaching the Red Tractor standard has doubled and many companies are looking to adopt the recycling policies of the Olympics.  Jan concedes that the true legacy will only be seen in time, but from where she is standing the signs are good.

Thanking the industry for their dedication to the venture, Jan concluded "This is the time to deliver the best job of our lives.  No matter what the task, we have to make it work."  And as the presentation closed with a video of historic and memorable British Olympic wins, to the sound track of Queen’s ‘Don’t stop me now’, the audience could not help but feel excited and proud that the greatest sporting show on earth was about to take over our capital city.

Following Jan’s presentation, an uplifted 300-strong audience gathered for the networking drinks reception.  The atmosphere was lively as Jan’s presentation was eagerly discussed, new acquaintances were made, and old colleagues took the opportunity to catch up.  The drinks reception featured an extra special treat as attendees enjoyed the unique opportunity to see an Olympic Torch up close, and even have their photograph taken holding it.

As always, The Savoy excelled itself serving an exquisite three-course meal.  The lively atmosphere spilled over into the ballroom, and beyond into the post-dinner bar that saw over half of the guests continuing their networking late into the night.