Undercover Boss
Just days prior to the Arena Christmas Lunch, most of the country was thrown into travel chaos thanks to the ‘earlier than usual’ heavy snowfall.  This did not, however, pose a problem for more than 200 guests who braved the cold and ice to attend Arena’s ever-popular Christmas networking event. 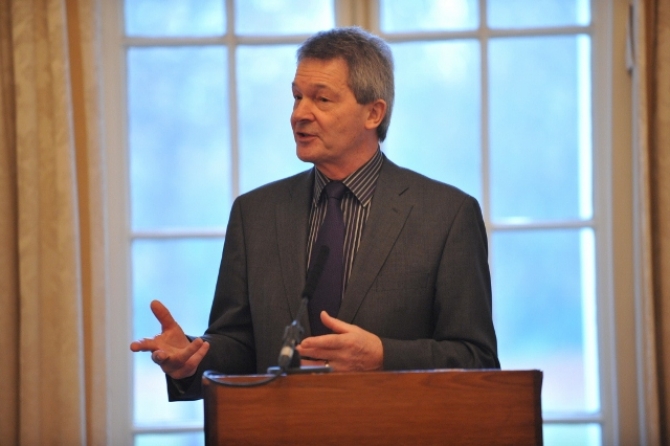 From the outset, the atmosphere at the stunning Mandarin Oriental Hotel was alive.  There was a real buzz in the drinks reception room that fuelled lively discussions and networking.


The great atmosphere accompanied the guests into the main room where the team at the Mandarin Oriental demonstrated its superb hospitality in the form of an exquisite three-course lunch, delivered with fantastic service.

As coffee was served, the keynote speaker David Clarke, CEO, Best Western UK was introduced to the audience.  Earlier in the year, David took part in the Channel 4 series, ‘Undercover Boss’ that saw him return to the floor incognito in various roles, in three of Best Western’s hotels.  The objective?  To find out what was happening and also find some heroes in the business.  It was the detail of this unique experience that David shared with the audience.

His motivations behind what many called an ‘incredibly risky’ and ‘brave’ venture were: it was a once in a lifetime opportunity to put the Best Western Brand on the map; he was going to learn things that would otherwise remain secret; he would relearn what happens when working in a team; and he hoped to meet some interesting people.  Added together, these four motivations equated to a ‘risk worth taking’.

The show, which was watched by 4.7 million viewers, saw Best Western’s brand profile take off and a new-found sense of staff pride in the business.  For David, the experience gave him great lessons in taking risk, selling and motivation.

On risk, he learnt not to be afraid to do something new, as long as it is worth the risk.  On selling, he discovered the mantra ‘be direct, be positive, have empathy’.  On motivation, he rediscovered the power of the team and that everyone is interesting, and everyone likes to have someone take an interest in them.

David ended on the final lesson the experience gave him.  The importance of just two small, but incredibly powerful, words – thank you.  "Say it slowly.  Mean it.  You’ll feel so good about the result."