Now in its 21st year, the Arena Savoy Lecture epitomised the essence of the association and more than upheld its reputation for delivering industry insight, inspiring debate and connecting foodservice professionals. The ballroom at the iconic Savoy hotel was brought to life as the dominating topic of Brexit was positively discussed, Andrew Selley, the chief executive of Bidfood, gave his take on Future Fit Foodservice, and guests interacted and made the most of the networking opportunities presented. 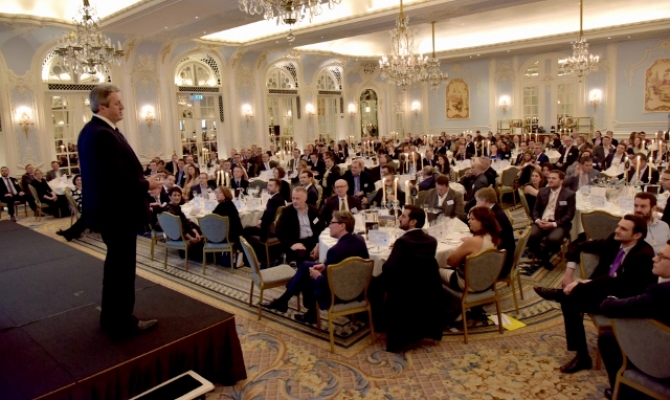 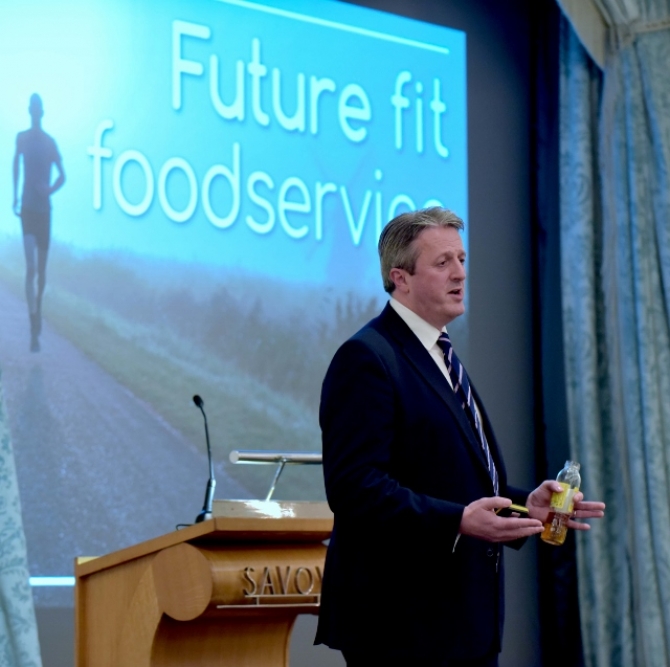 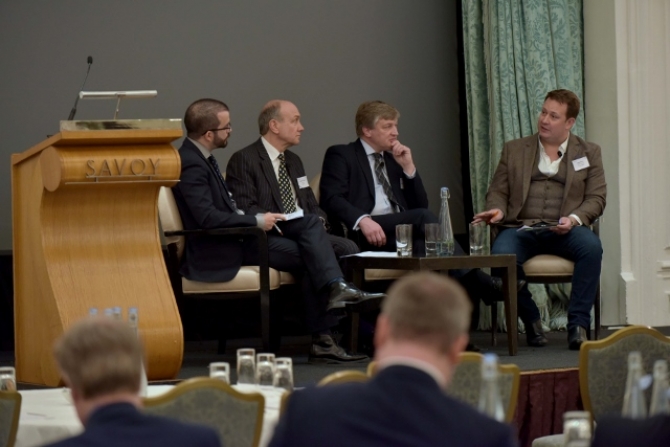 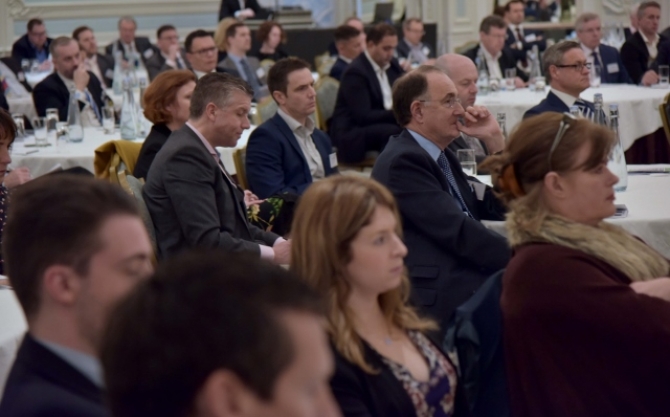 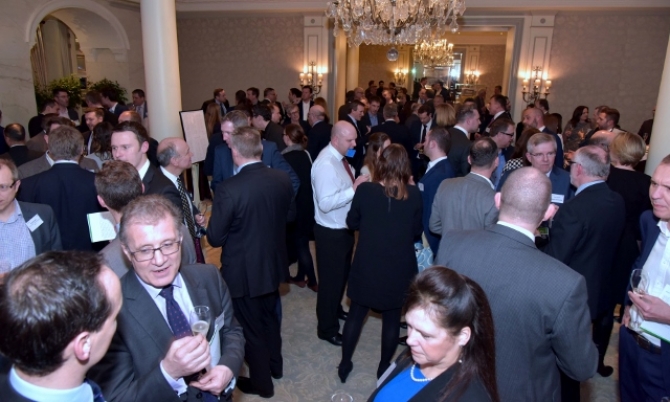 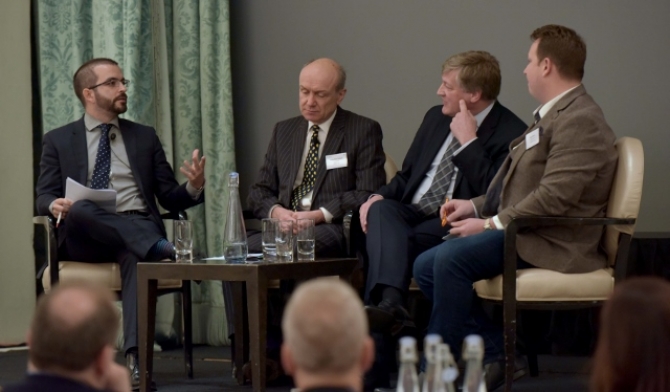 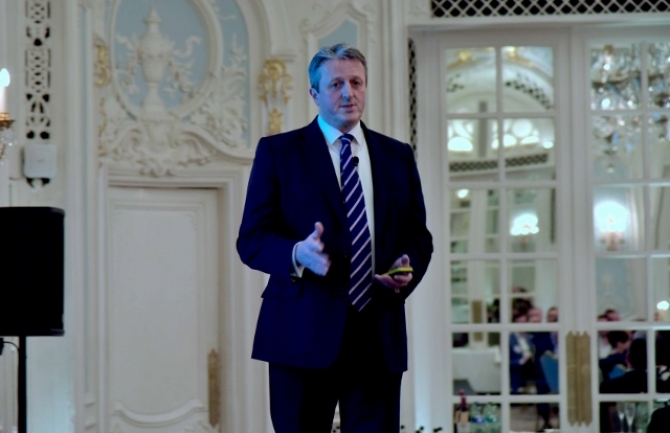 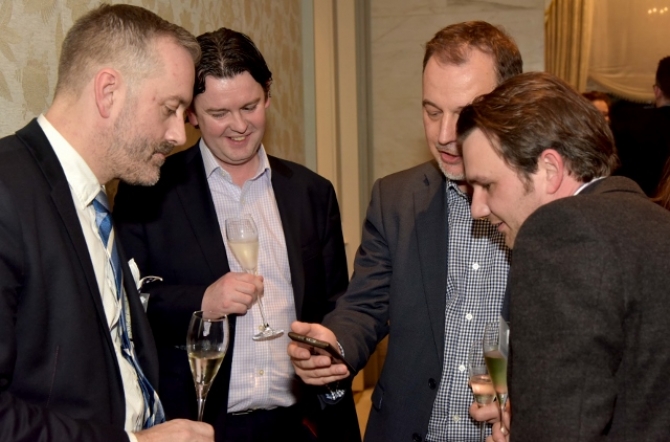 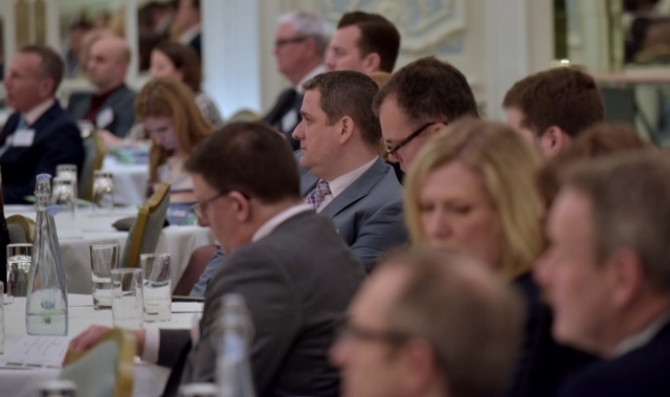 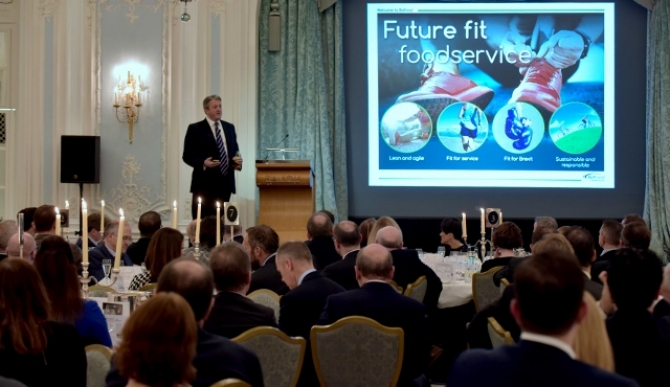 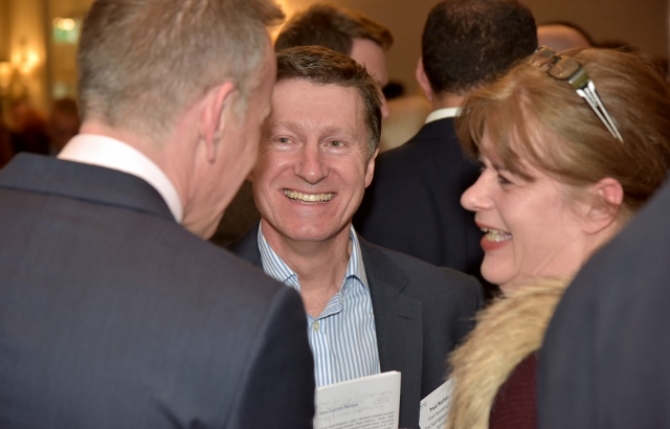 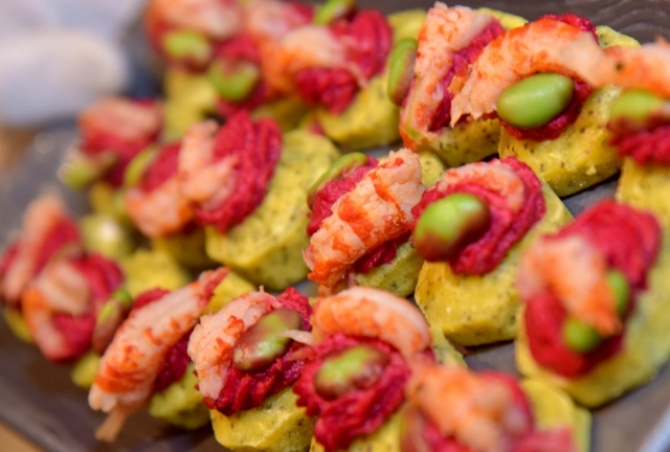 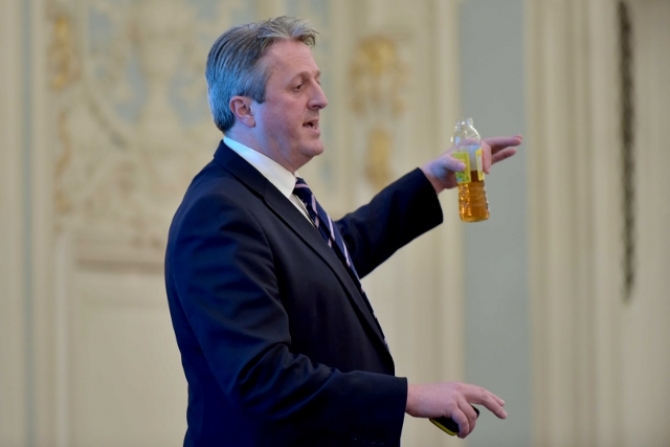 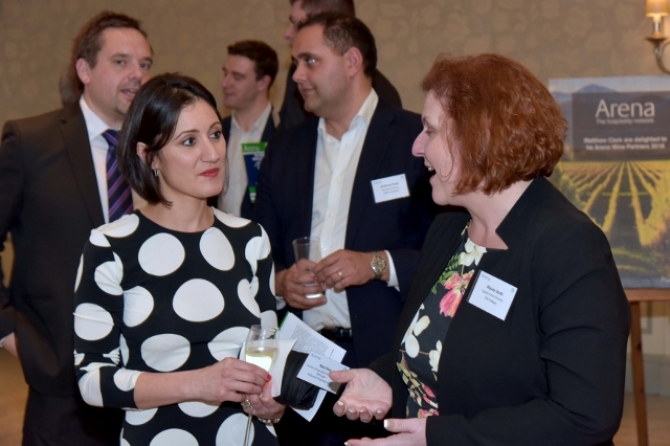 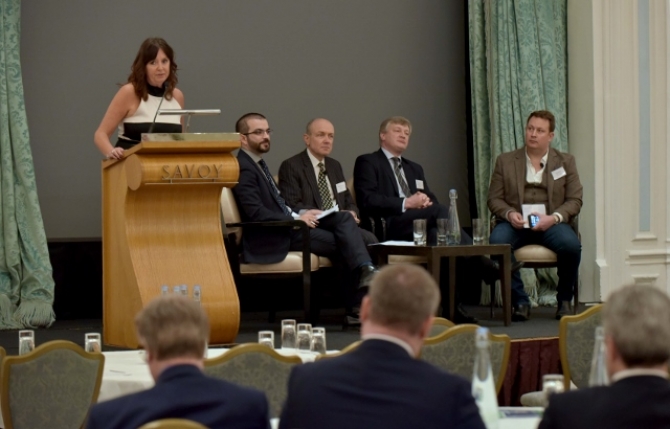 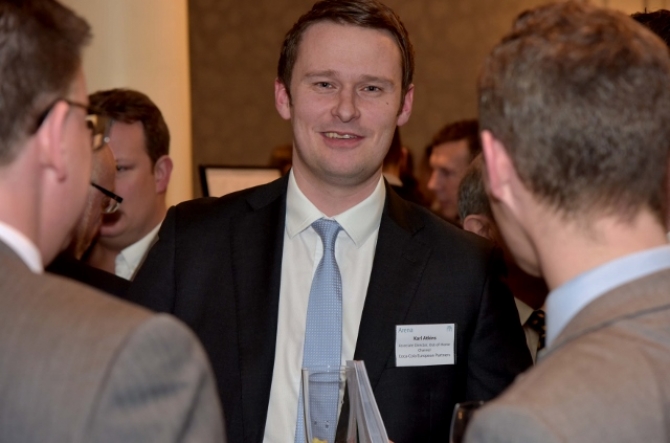 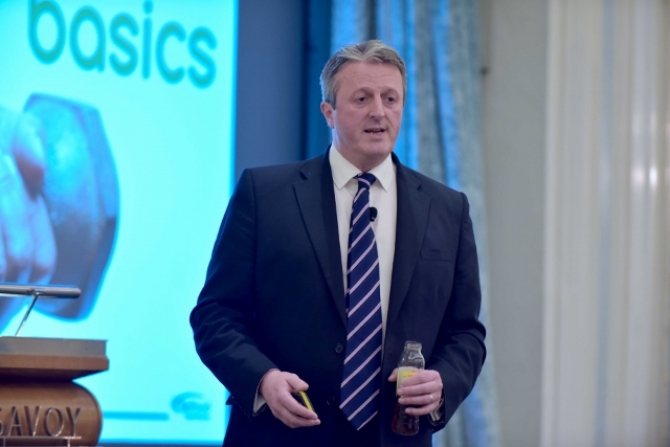 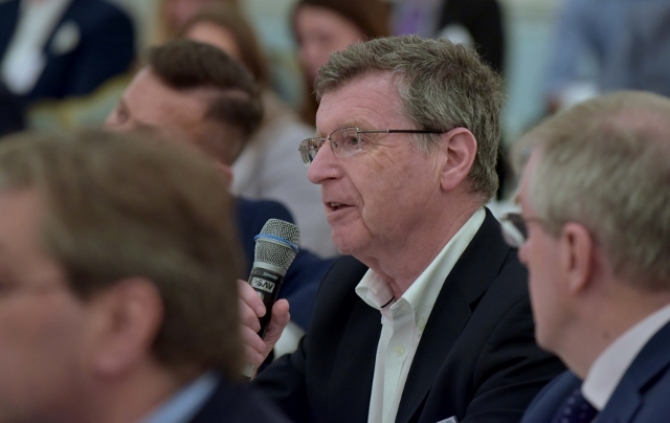 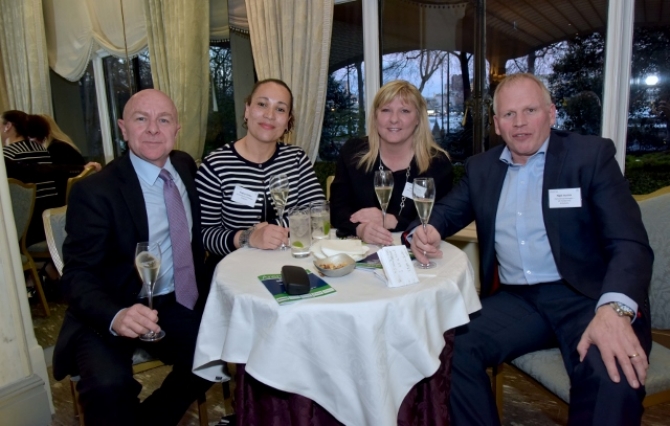 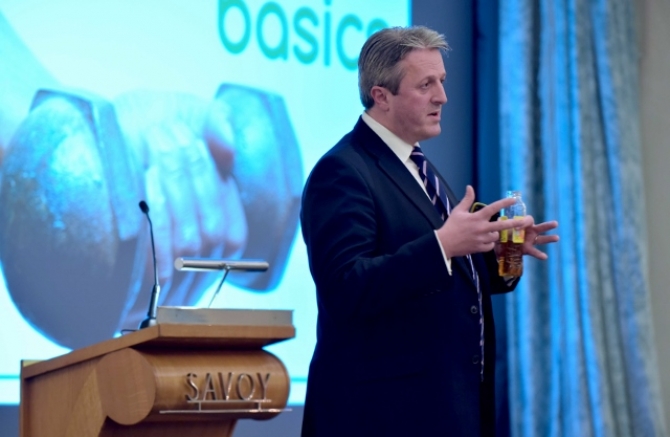 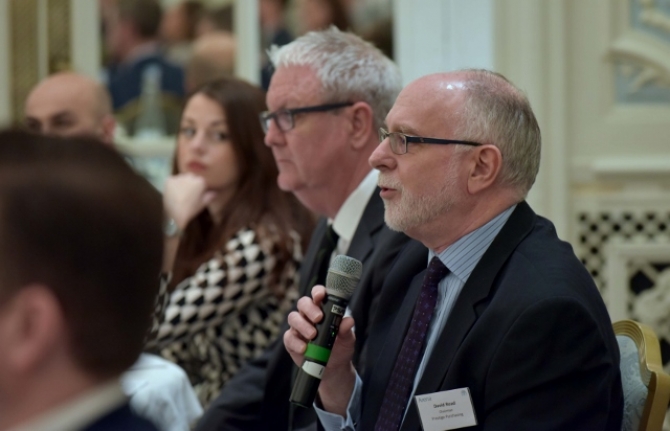 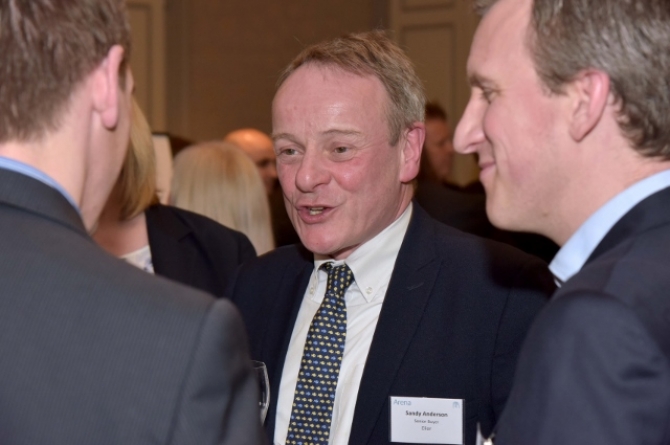 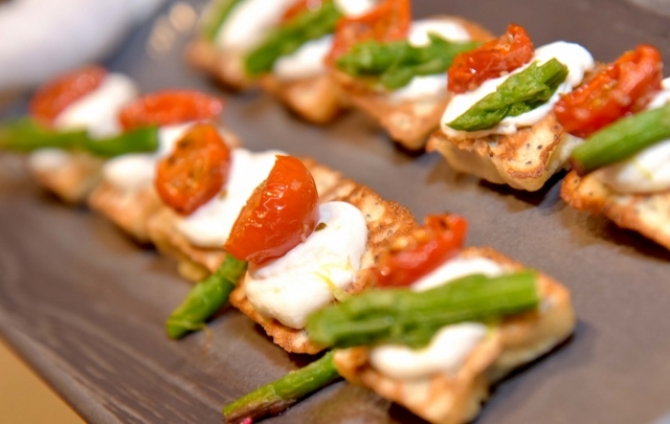 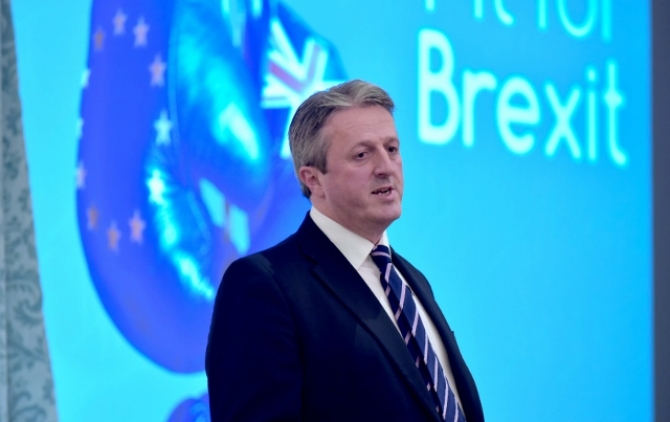 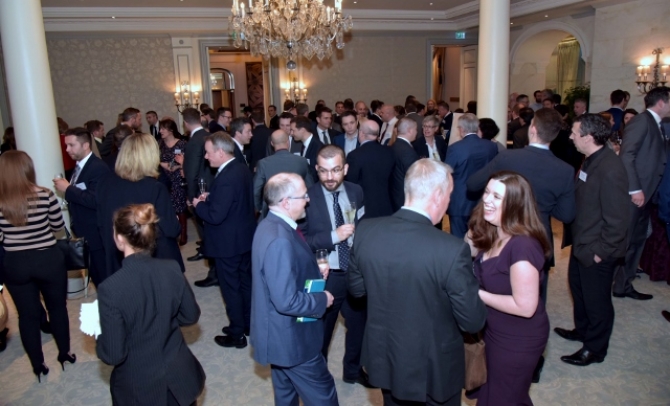 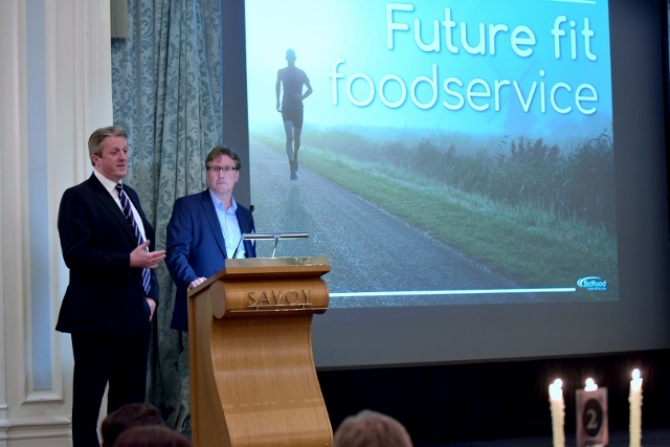 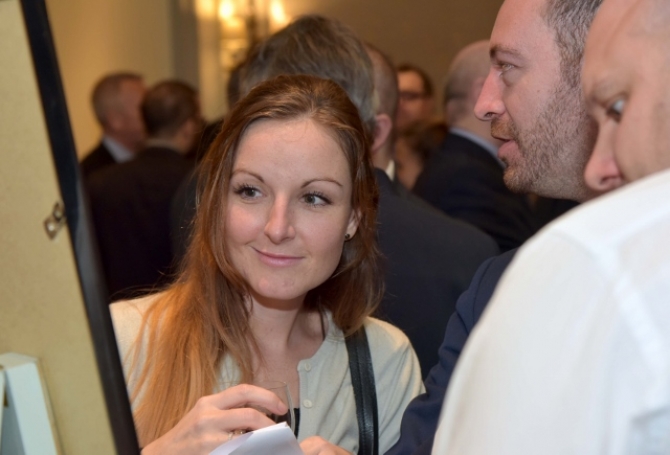 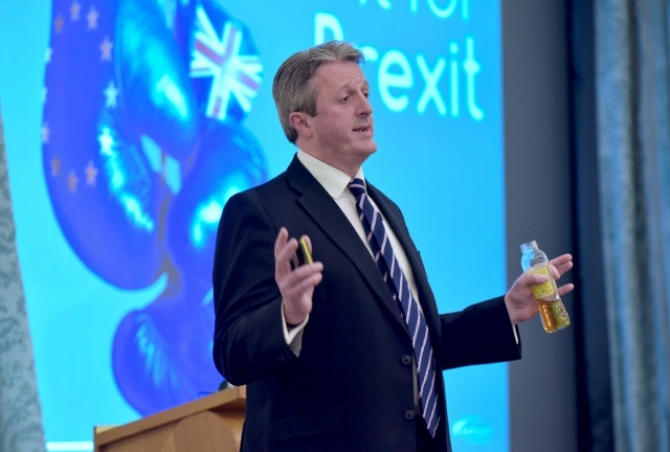 Now in its 21st year, the Arena Savoy Lecture epitomised the essence of the association and more than upheld its reputation for delivering industry insight, inspiring debate and connecting foodservice professionals.

The ballroom at the iconic Savoy hotel was brought to life as the dominating topic of Brexit was positively discussed, Andrew Selley, the chief executive of Bidfood, gave his take on Future Fit Foodservice, and guests interacted and made the most of the networking opportunities presented.

The shape of Brexit

The Brexit panel discussion was most timely, as that very day Theresa May had announced that Article 50 will be activated on 29 March. Throughout the illuminating debate, the panel, chaired by the British Hospitality Association’s Government Affairs Director, Vernon Hunte, took a realistic and pragmatic look at the challenges and opportunities Brexit presents for foodservice and hospitality from an operational, financial and legal perspective. The strength, vitality and innovative nature of the industry was positively referenced throughout.

The headlines from the debate include: the two-year negotiation period is a tall order and not sufficient time to resolve everything; food legislation is likely to be adopted as UK law as the public is generally happy and accepting of it; free movement of people remains an area of concern and needs to be nailed down quickly with a common-sense approach, especially as it could take up to ten years to replace overseas recruitment with home-grown talent; and there will come a point that inflation will have to be passed onto the consumer.

It was also widely agreed that Brexit is not to blame for all industry woes, but it has brought many existing issues to a head.  These include: the skills shortage gap; engaging the younger generation; enhancing public and government perception of foodservice and hospitality as a progressive employer and industry of opportunity; staff retention and reducing the current turnover rate of 35%; and the sheer intensity of the competitiveness of the market.

Finding ourselves in a situation of uncertainty where opportunity is equally matched with complexity and concern, the panellists agreed that we need to be fleet of foot, flexible and alert.  The industry must work together as one body, operators and suppliers are in the same boat so partnership is crucial, and it’s not a good time to be speculative but a time to be sensible and understand your own business and the market in which you operate.

The following advice was offered to Theresa May as she enters negotiations:

The bottom line is that there will be a deal (there has to be!) but what it will look like, no one yet knows. So, as a big industry that contributes significantly to the economy we need to use this lobbying might to positively influence the outcome. ‘Necessity is the mother of invention’ and our industry is inherently innovative. The positive message from the excellent discussion is that it will survive.

After a lively drinks reception where the discussion surrounding Brexit undoubtedly continued, Andrew Selley, the chief executive of Bidfood, took to the stage to deliver the 2017 Arena Savoy Lecture.

Future Fit Foodservice – as a business and an industry – provided the backdrop of Andrew’s upbeat and enlightening presentation.

Speaking specifically about his business, he gave an insight into how he has created a lean, agile, but strong, company. Describing 3663 as a successful, growing business, but not as successful as it could have been, he took the audience through the implementation of cultural, performance and focus change to drive the business forward.

Using the momentum of the great people within the business, he created change. An employee survey revealed three things they want to change about the business, three things they want for its future, and one thing they want it to be famous for. Characteristics such as complex, political, bureaucratic, inward looking and reactive where put forward as things to change. Dynamic, passionate, innovative and forward looking were some of the future aspirations. And, they wanted to be known for service excellence. This became, and remains, the single-minded focus for Bidfood.

The company values also received an overhaul.  3663 had 15 values but no one knew what they were.  Andrew upheld that they were all good, honourable values but they were not from the heart of the business’ people. A series of workshops inspired employees to think about a time when they loved working for the business and as a result, three ‘home grown’, authentic values, that everyone knows, were born:

To show his commitment to achieving service excellence and supporting the teams in meeting ambitious growth targets, he decentralised the business to depots, giving them the freedom to compete nationally and regionally, invested in new depots to get closer to the customer, and invested in technology and training.

Switching his attention to the wider industry Andrew told the audience to ‘cheer up’ over Brexit, urging them to look at history and realise that we’ve survived bigger challenges, such as depression and world wars.

He speculated that the weakened pound is probably here to stay in some shape or form, which will impact us all. But, we have to be innovative and more efficient to make business less costly.  For example, electric vehicles are a great idea but can’t currently carry heavy loads. So, how can we invest to help progress this?

Similarly, he declared that food price inflation is a reality. But, he doesn’t want to hear ‘Brexit excuses’, he wants real conversations on how operators and suppliers can work together to mitigate this.
Echoing the earlier panel discussion, Andrew expressed that the only response you can make to Brexit is to be agile and adapt to change. Uncertainty equals opportunity, which equals success for some. Quoting Darwin, he said: “It’s not the survival of the fittest or the strongest, but those best able to adapt.”

Looking at the environment he spotlighted our responsibility to deliver sustainable business to the next generation. Population growth of more than 2.5billion by 2050 is a reality and not the stuff of sci-fi movies. As is climate change and the increased likelihood of drought, flood and adverse weather that will affect food supply.

Closer to home, our industry has a phenomenal impact on society. 4.7million in the UK live in food poverty and £50billion of NHS costs are for food-related issues.

As an industry, we need to work collaboratively to make a more sustainable supply chain and reduce its impact from farm to fork.

A marathon not a sprint

Andrew summed up the industry with the following, most apt, ‘fluid marathon’ analogy: We’re all in it for the long term. We can’t see the finish line. We don’t know the route. And, we don’t know what the obstacles are. The government will change the rules along the way. Accept you may go the wrong way and change (mentally as well as physically). It’s a tough race.

In conclusion, he said: “There must be an easier way to make money than foodservice.  But what a fantastic industry to be in and a fantastic race to be part of.”