An Audience with Mark Sargeant

The second event in the series of exclusive ‘An Audience with…’ dinners was an incredible success and put the new, relaxed and intimate style of Arena events firmly on the industry map. Guests were indulged in an evening of superb food and drink, first-class hospitality and great interaction with industry colleagues, topped with the most entertaining, honest post-dinner address from the well-known chef and restaurateur, Mark Sargeant. 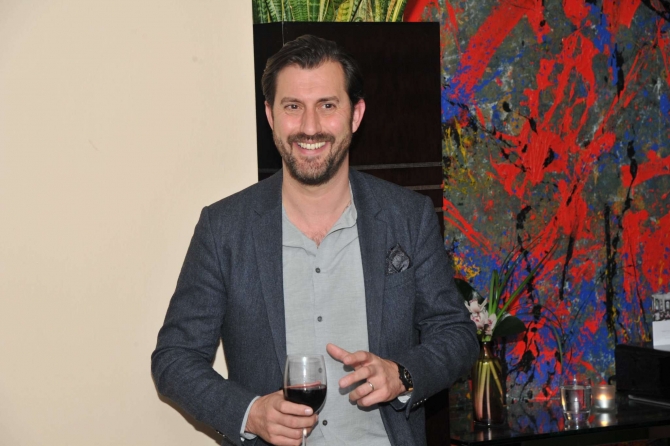 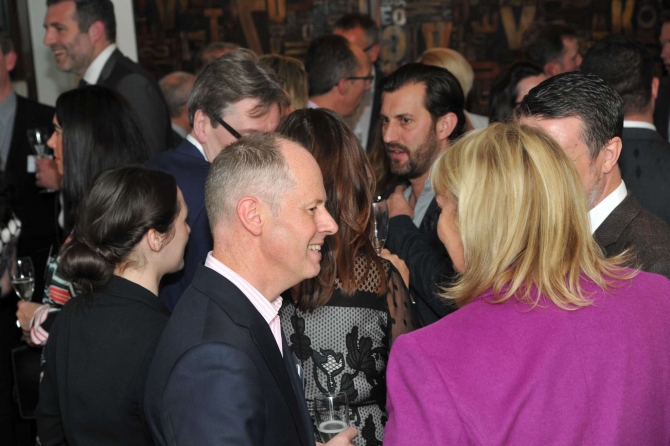 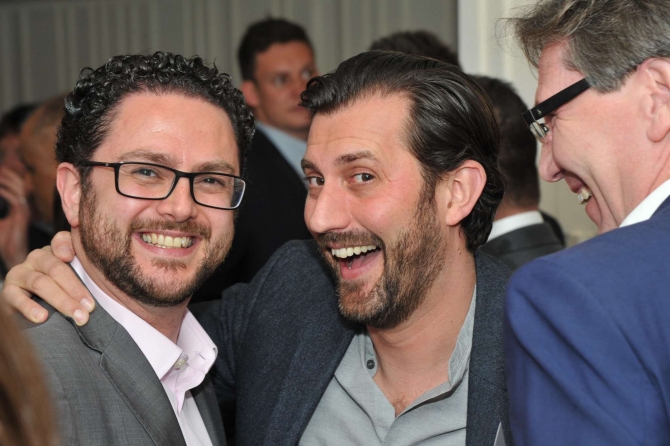 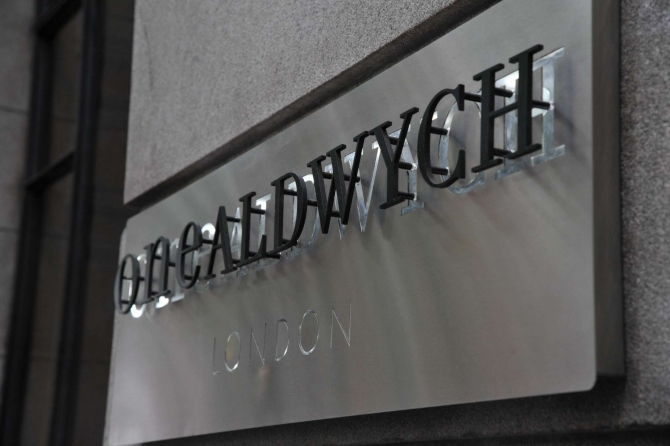 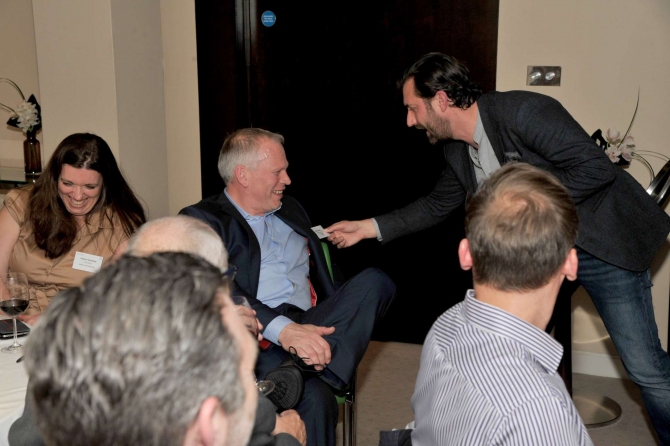 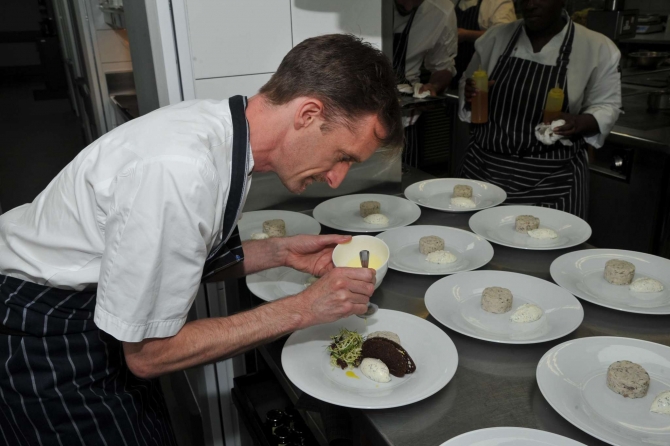 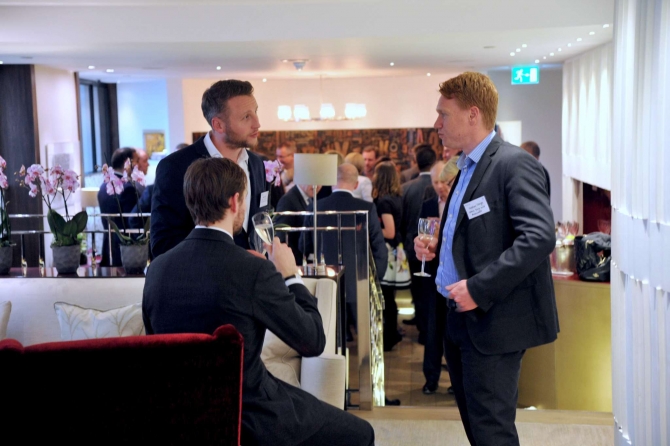 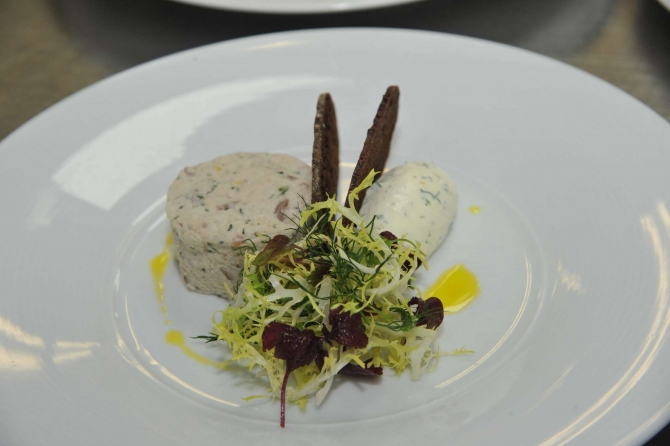 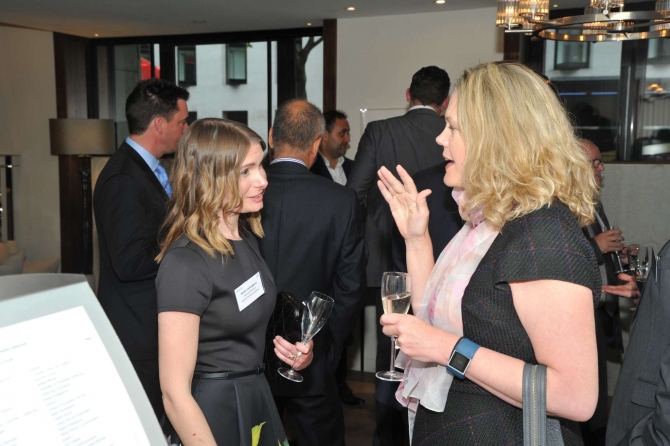 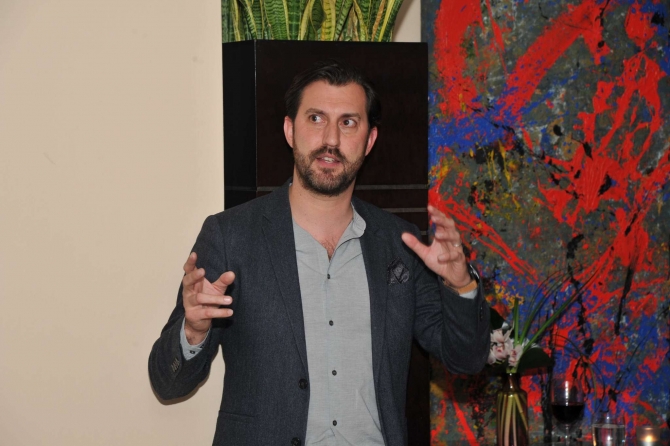 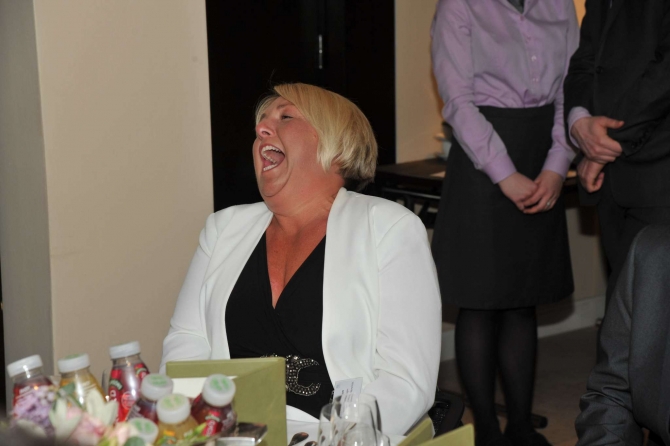 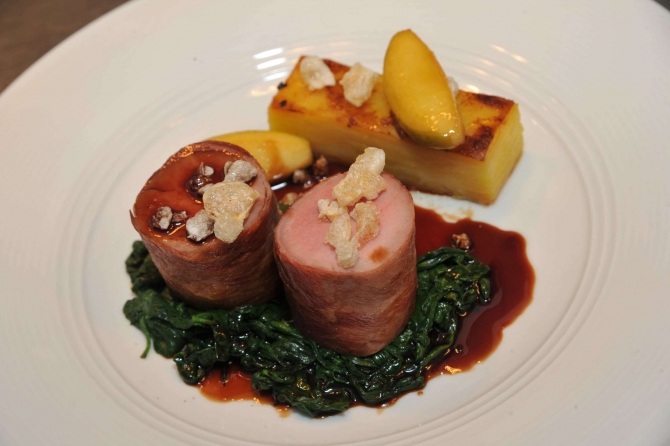 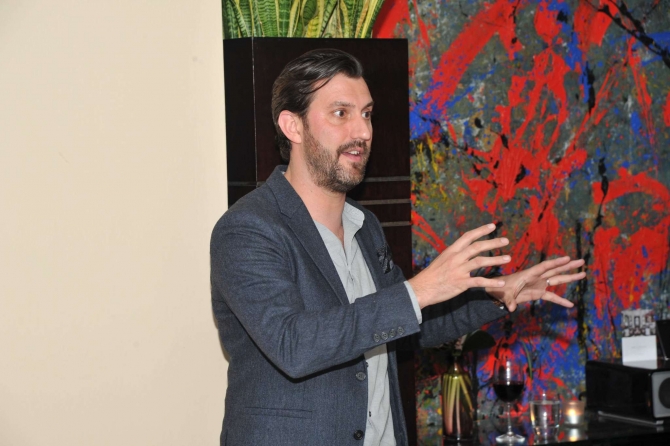 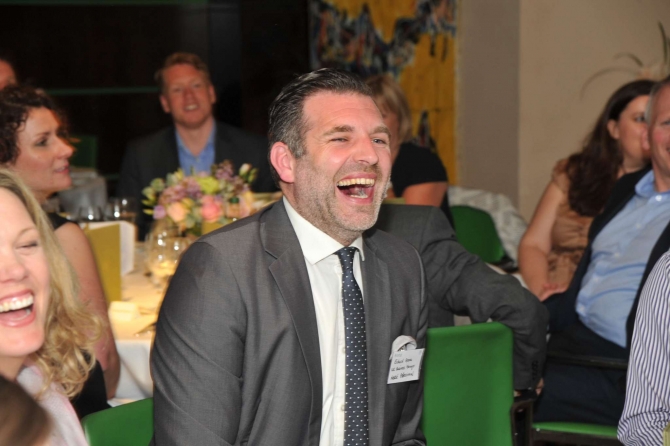 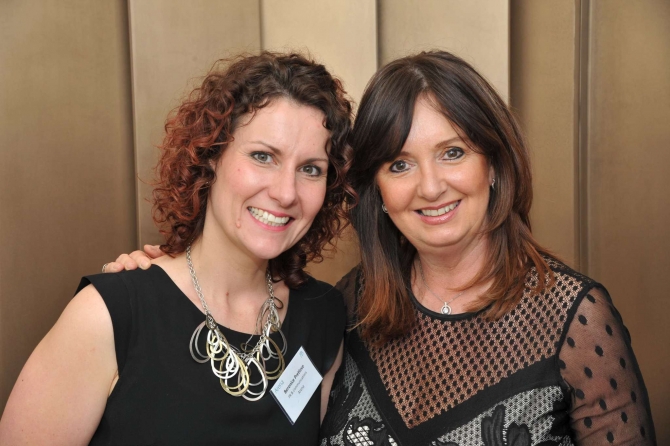 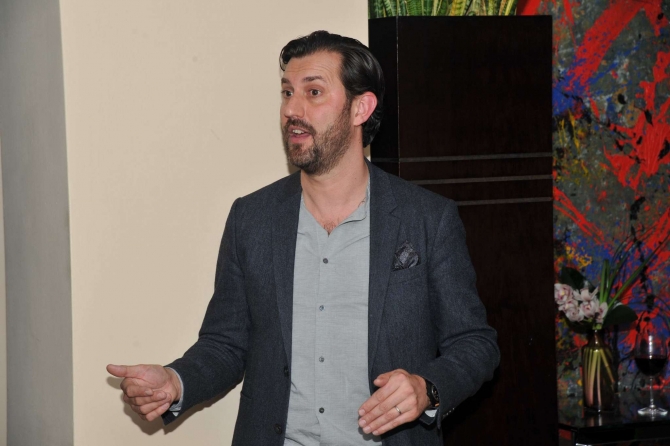 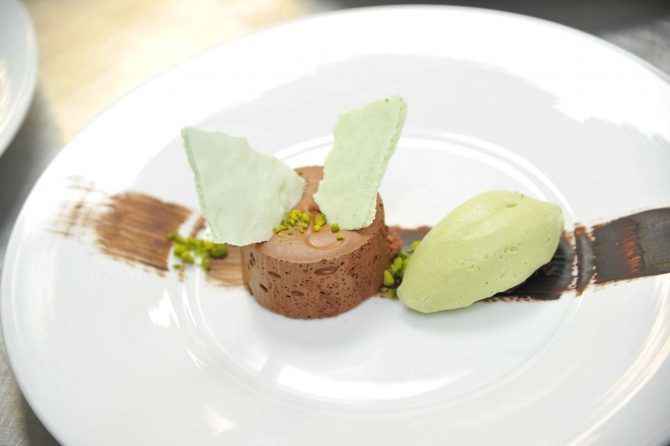 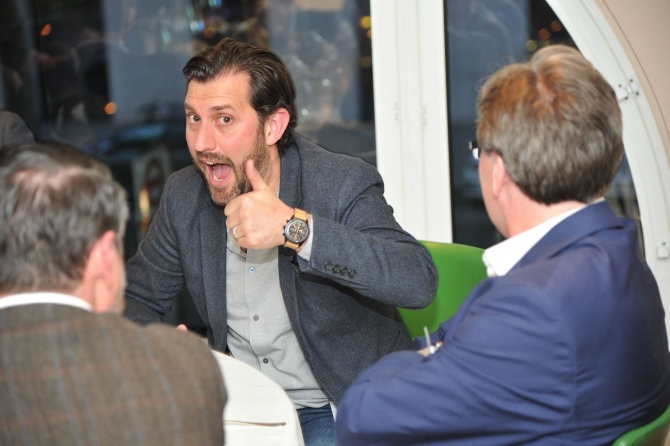 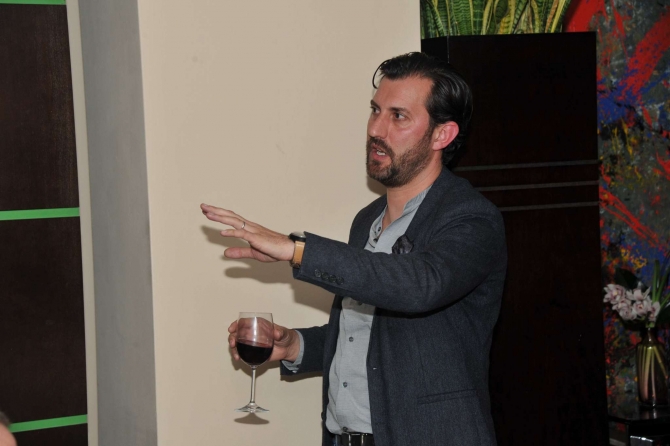 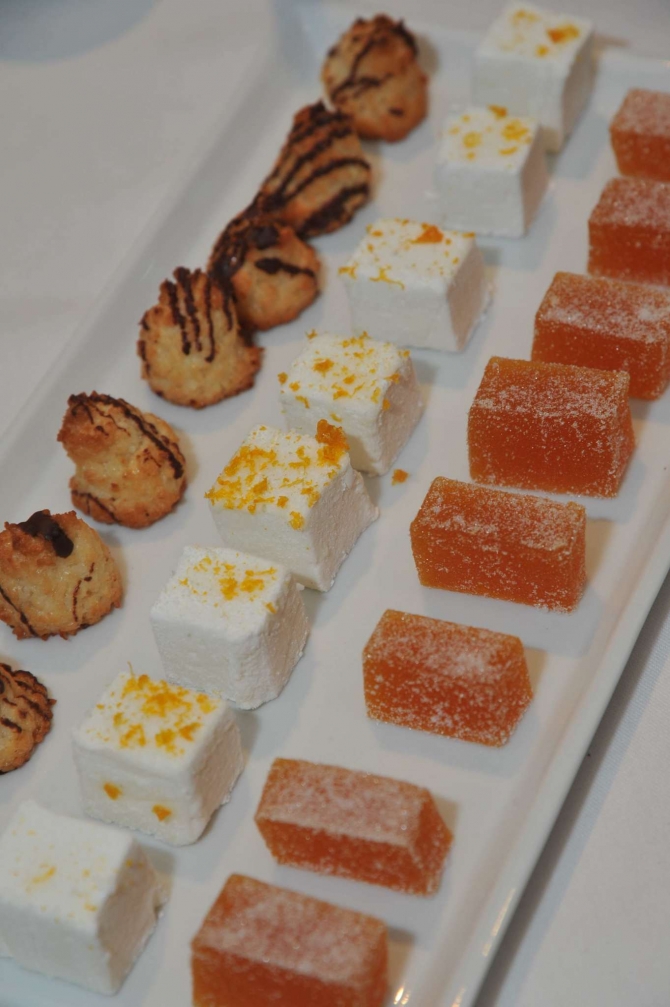 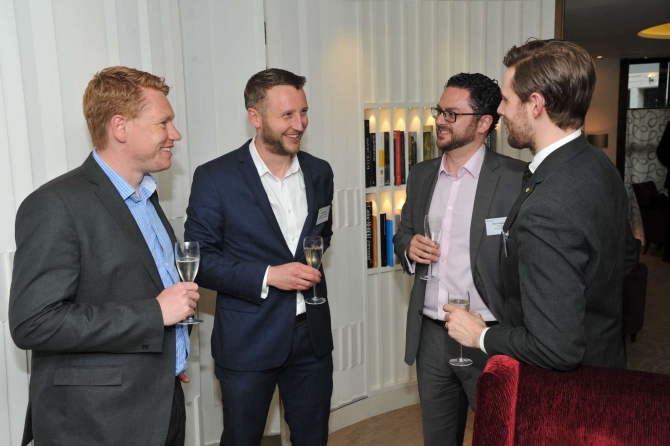 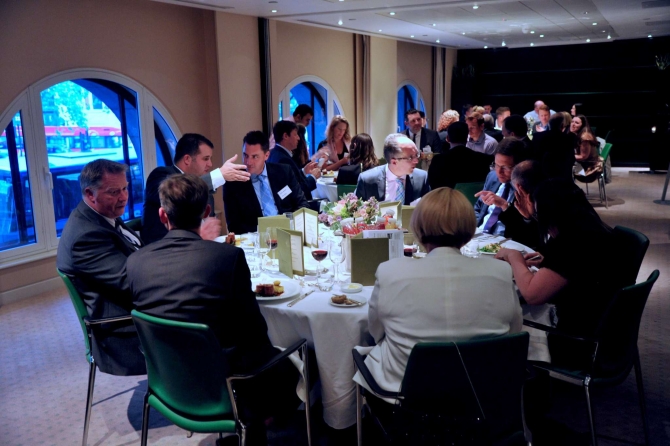 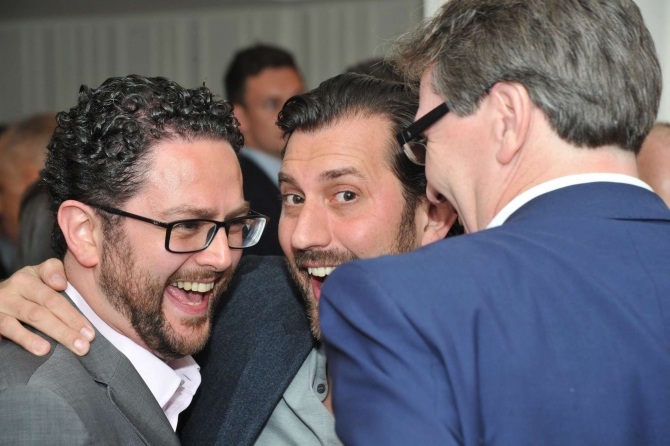 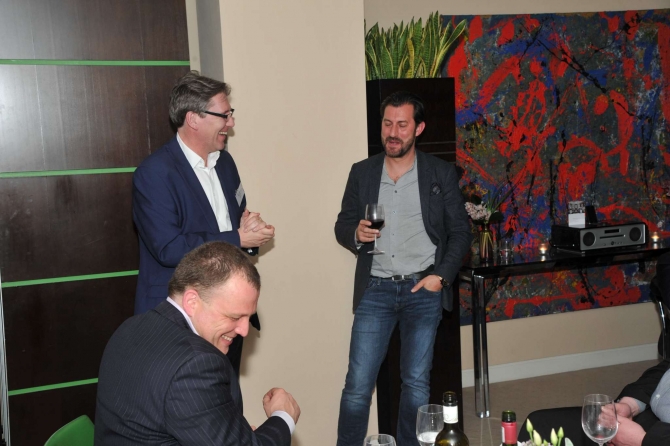 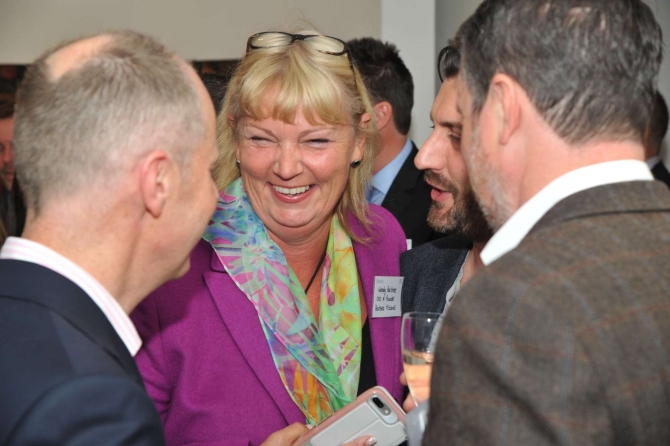 The second event in the series of exclusive ‘An Audience with…’ dinners was an incredible success and put the new, relaxed and intimate style of Arena events firmly on the industry map.

Guests were indulged in an evening of superb food and drink, first-class hospitality and great interaction with industry colleagues, topped with the most entertaining, honest post-dinner address from the well-known chef and restaurateur, Mark Sargeant.

One Aldwych, a new venue for Arena, hosted the event, which included a drinks reception in a private, luxury room followed by a three-course meal fit for a Michelin-starred chef.

The atmosphere was exuberant throughout as introductions were made and conversations flowed. After dinner, Mark Sargeant, took to the floor and shared his personal story. Filled with anecdotes, humour and interaction with his audience, Mark took us on his career journey in the most honest and highly amusing way.

According to Mark’s mum, he wanted to be a chef from the age of eight (the same time as he created his first dish – the awesome Angel, Angel Delight!). When most boys of his age were playing football, he was obsessed with cooking programmes and the flamboyance and creativity of the likes of Keith Floyd.

An only child who didn’t really fit in, Mark said: “Many chefs have a lonely life before they find food.”

A pupil at a boy’s grammar school that offered no catering options, Mark tried to channel his creativity into every artistic subject he could.  However, being a bright lad, his teacher told him it was ridiculous to want to be a chef and pushed him down the ‘academic’ route. Mark soon lost interest in school and didn’t do so well.

Following a false start when he was sacked from his first job in his local chippy for being too slow, Mark’s restaurant career began in a steak house where by 15 years old he was running the grill section and earning enough money to guarantee him the best BMX in town!

At 16 he went to catering college and it was on work experience that he met his long-term mentor David Pitchford of Read’s Restaurant in Faversham.

It was also at this time that a certain Marco Pierre White was causing great excitement in the chef world and young chefs, like Mark, wanted to be him. “Any chef of my era will thank Marco for what he did for the profession. He is the most inspirational chef of our lifetime.”

Mark’s first job after college was at Boodle’s Gentleman’ Club in St James’, which was a fantastic training ground. He then returned to Read’s Restaurant where over two years David Pitchford helped develop the ‘immature, young chef with a bad attitude’ and the restaurant won a Michelin star. An era Mark describes as: ‘The best time of my life.’

It was whilst working at Read’s that Mark first encountered Gordon Ramsay on a work experience day. “He was an energy force I’d never seen before.”

The big smoke then beckoned, and Mark moved to the Intercontinental at Hyde Park, working first on room service and then on the soufflé section of The Soufflé – a tough gig producing 40 types of the restaurant’s signature dish – made to order!

Keen to learn as much as he could, Mark worked at the three-Michelin-starred Chez Nico on his days off and eventually took a job at Steven Terry’s Coast Restaurant, which was the hottest place in town serving 400 covers on a Saturday night and the breeding ground for the most talented group of chefs.

In 1996, Mark claimed the Young Chef of the Year title, and it was here that he met Gordon Ramsay for the second time.

Mark believes that: “The worst thing is to hold onto staff for as long as you can and not encourage them to move on and develop.” Fortunately for Mark, Steve Terry held the same ethos and told him it was time to leave and work for Gordon. Which he did.

He started out at Aubergine and went on to open Royal Hospital Road for Gordon, which won three Michelin stars. Under Gordon, Mark learnt to be fast, organised and ultimately professional. It was physically challenging but adrenalin and an in-built drive to make everything amazing kept him going. And, it paid off when he was chosen to head up Gordon Ramsay at Claridges, which was ‘his baby’ and one of the top-three moments of his life.

In 2002, which was an amazing year for Mark, he upgraded his Young Chef of the Year title to National Chef of the Year and Claridges won its first Michelin star. For the next five years he enjoyed a diverse, dynamic and highly lucrative career. However, in 2007, as the economic crash took hold, Mark decided he couldn’t be ‘Sarge’ to Gordon anymore.

With a clean break, Mark went back to his Kentish roots and bought into Josh de Haan’s vision for a restaurant in Folkestone.

Rocksalt and its chippy, Smokehouse, was born. On opening Rocksalt, Mark decided that he wanted to learn more about business so he stepped out of the kitchen. Today, he oversees his ventures, which also include a pub, Duke William, in Ickham and The Wife of Bath restaurant in Wye, and he works as a consultant for the industry with companies such as Brakes.

With his businessman’s head on, Mark sees his future, and that of his family, in investing in freeholds, working with the industry and even giving the high-end casual dining market a run for its money, particularly when it comes to service. “Good food is a given now. For me now, it’s all about front of house.”

There were plenty of questions for Mark from the audience, which revealed that he wants to see more female chefs coming into the industry, describing it as one of the fairest when it comes to gender and pay; that in his view there is nothing worse than an inconsistent restaurant; that the rock star chefs of today are those who have a hold on social media; and that when it comes to Brexit, we have to remember that we’re leaving the EU and not Europe, and that he will look after the staff who’ve worked hard for him.

Ashley Saxton, the director of food and beverage at The Langham Hotel, who is no stranger to five-star hospitality said: “A great event for meeting people within the industry, as well as a very entertaining evening. Chef Mark was most entertaining. It was great to have an insight into his past career to where he is today and what is coming up in the future. I will be sure to attend more events in the calendar. Highly recommended!”

"Our customers come from all walks of life but there is one thing that unites them all and that is their love for food and hospitality. For us, spending time with customers in a cosy and relaxed atmosphere is special, but giving them the opportunity to listen and talk to their industry celebrities is absolutely priceless." Shabaz Mohammed, Managing Director, Pelican Procurement Services

“What a fantastic opportunity to meet and engage with industry colleagues in a more relaxed setting. Great conversations were had and the industry celebrity’s after-dinner talk was excellent. Mark’s story was really interesting and also very entertaining. I look forward to the next event.” Wayne Halstead, New Business Divisional Director, Brakes