Dr Andrew Kemp MBE, one of the most well-known, well-respected leaders and personalities in the foodservice and hospitality industry was the illustrious speaker for the Arena Savoy Lecture 2020. Foodservice and hospitality colleagues and friends gathered at The Savoy for the opportunity to learn from his industry experience, including his wealth of knowledge, his expertise and the challenges and learnings that have shaped his career and his influence on the industry over the past 40 years. 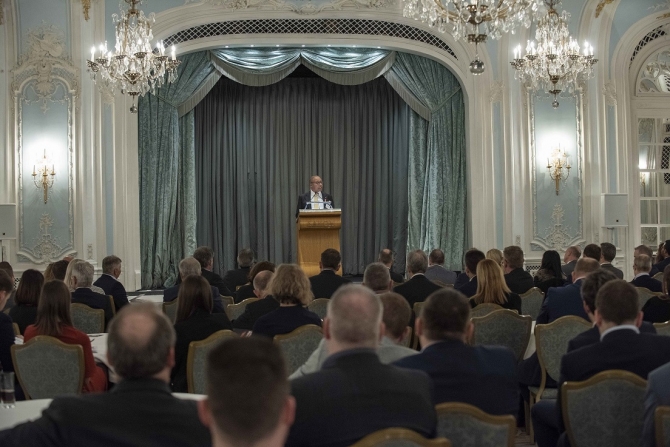 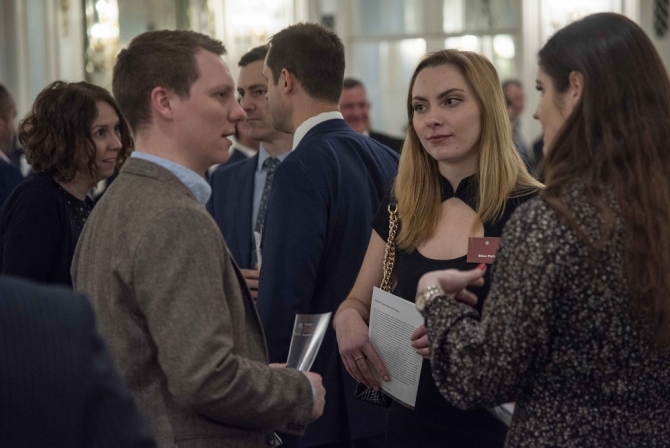 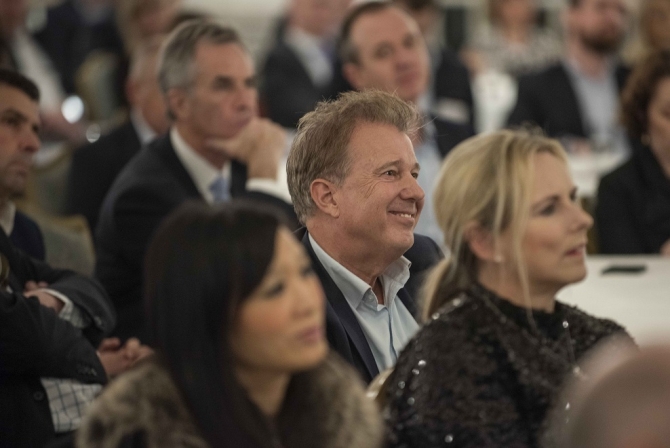 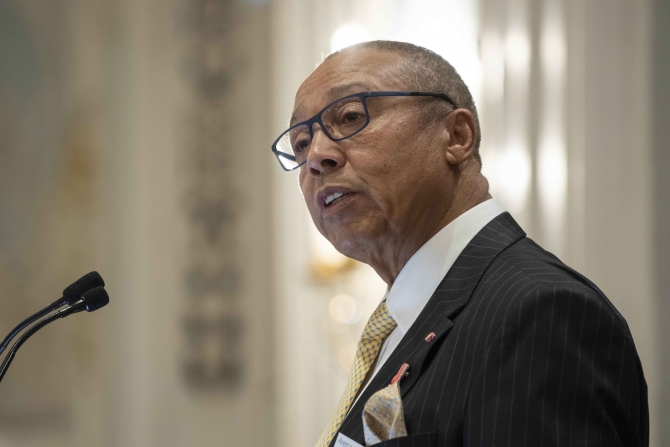 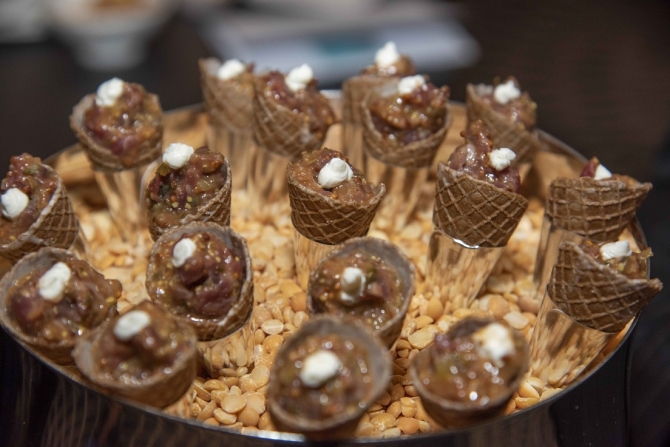 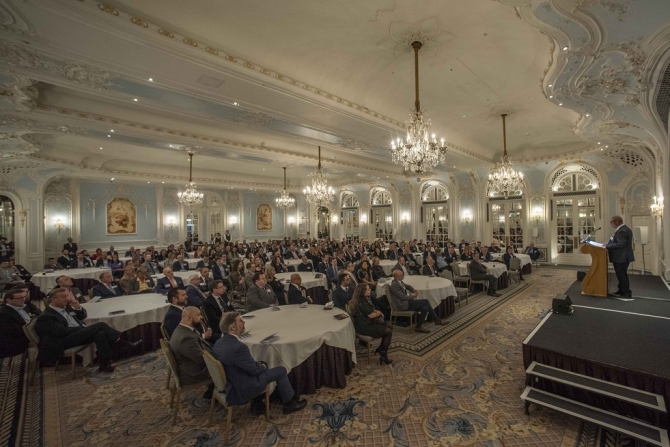 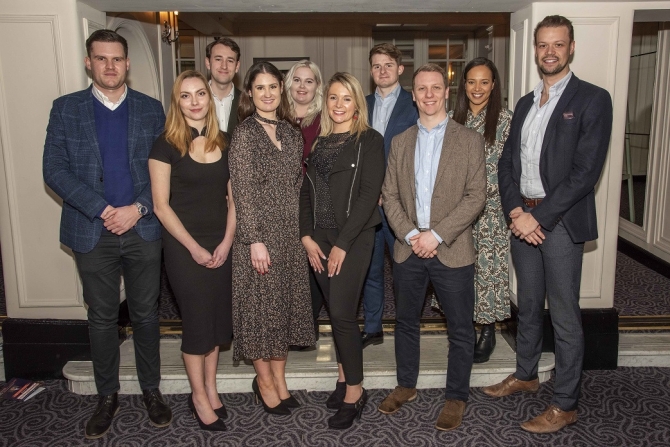 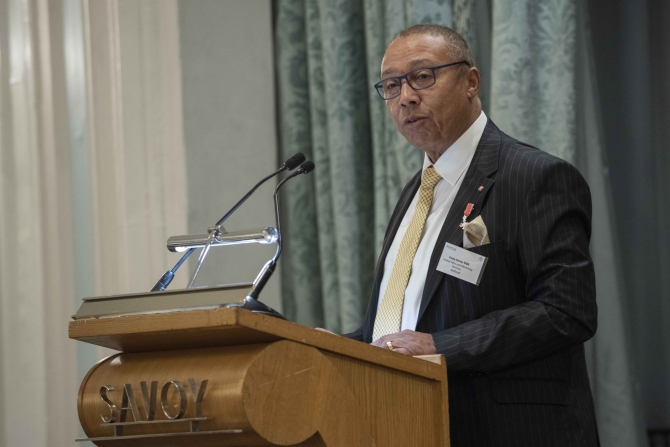 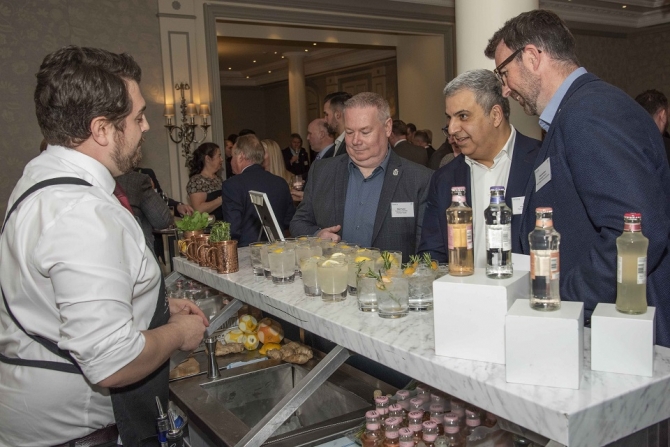 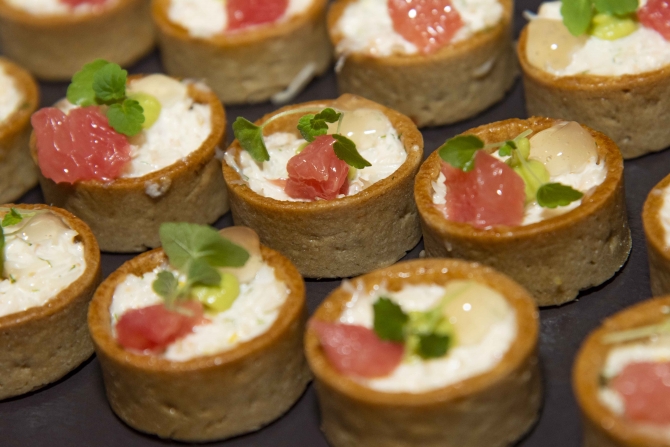 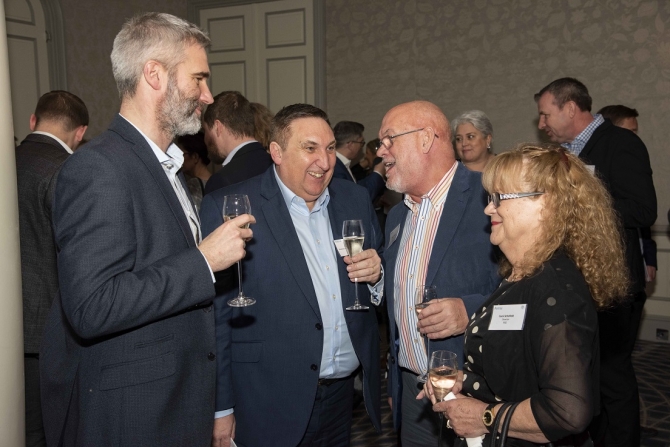 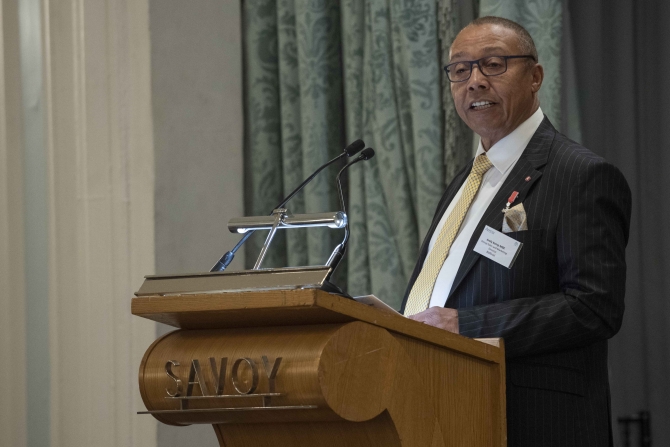 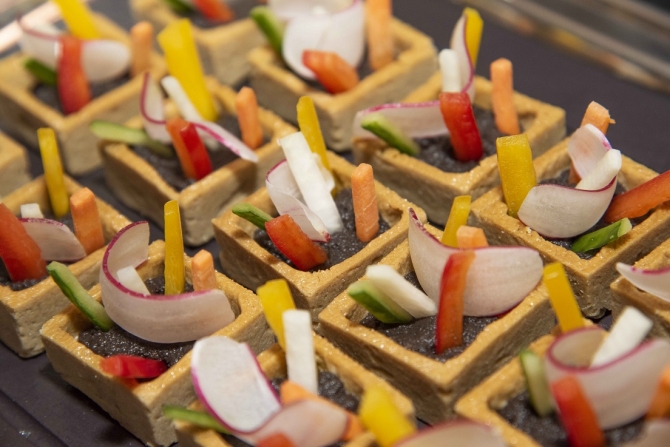 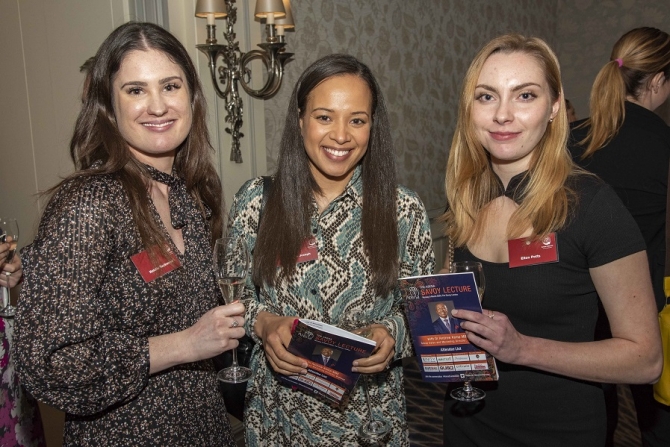 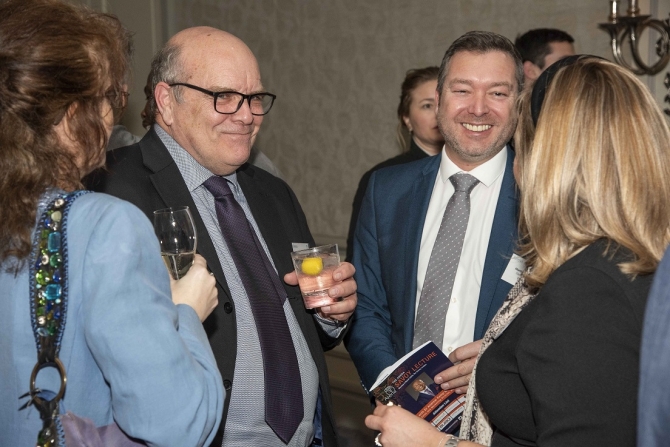 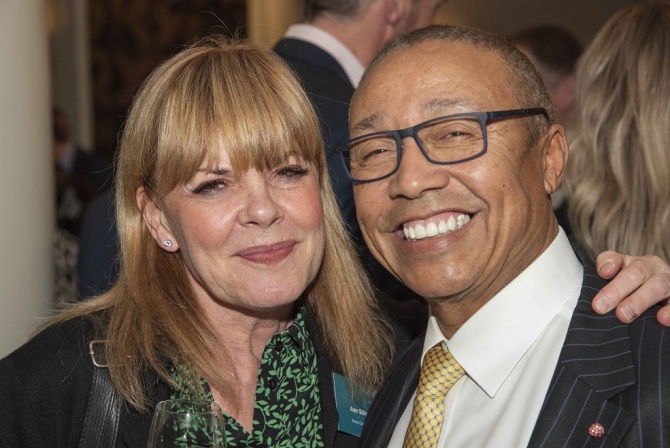 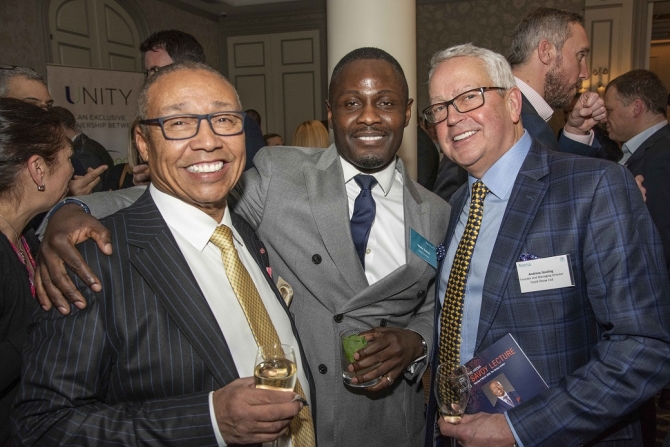 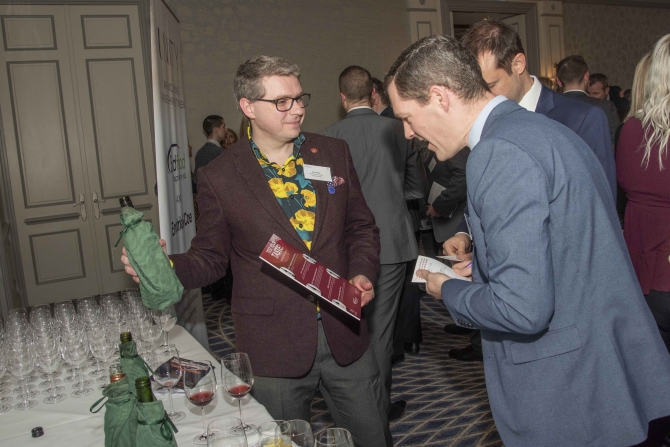 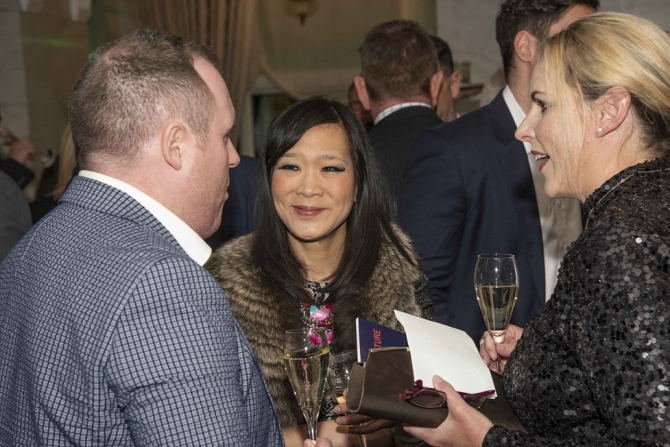 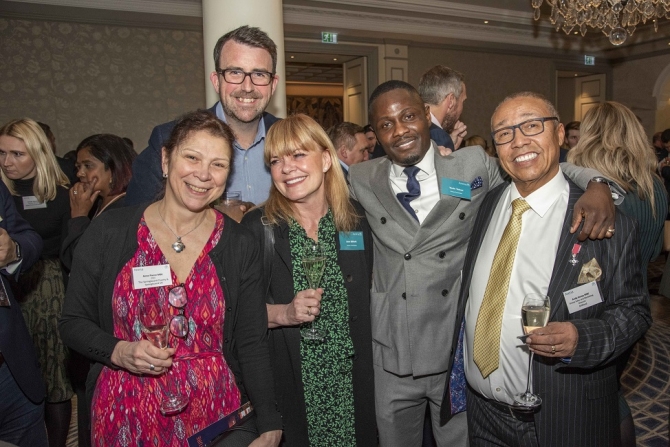 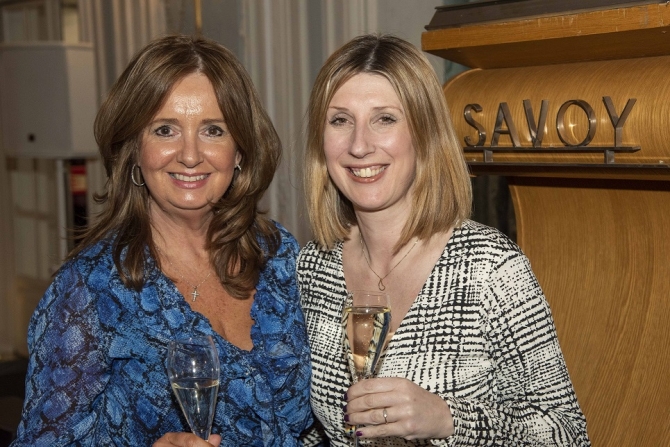 Over 200 guests gathered in the Ballroom at the Savoy to hear from renowned Dr Andrew Kemp MBE, Group Sales and Marketing Director at Bidfood and former Chairman of Arena, as he shared the story of his prolific career.  From his first days of work, where he pounded the streets in the South West with an empty order book to fill, to today, where he has been recognised by HM The Queen for his outstanding services to the industry, Andy has carved himself a fascinating career driven by his own thirst for knowledge and willingness to learn.

Andy’s life and career in hospitality began for him as a young salesman in the South West, where he quickly learned the importance of customer knowledge.  He developed an unrivalled relationship with the Greek Cypriot community to help grow their hospitality businesses.  They used cash and couldn’t deal with telesales, which Andy saw as an opportunity to make a difference.  He developed bespoke order forms based on their menus, focused on face-to-face service, made himself available 24/7 and really focused on customer needs.  It paid off and became the catalyst for an exceptional career.  And, to this day, Andy remains in touch with some of his customers, even flying out to Paphos five years ago to visit his very first customer, Sandy, as he celebrated his 100th birthday.

That very first step into the industry taught Andy about total customer loyalty, which has remained the foundation of everything he’s done since.  He’s never employed a person who is not customer facing and many of the guests in the room were some of his early recruits who have gone on to become great leaders in their own right.

When people ask Andy about the success of his career, he puts it down to three things:

Essentially, it all comes down to relationships, reputation and results.

Andy has never stood still in his career and has worked with many other company boards such as Wessex Water and ICI to understand other marketplaces and to learn new ways of doing things.  On the flip side, he is also a creature of habit and always, without fail, looks at his numbers on a Monday.  Never, on a Friday but always on a Monday, when he’s fresh and can really review and take stock of the preceding week.

But, most people will know that Andy’s role in the industry is not just about commercial results; he’s become an ambassador for change by addressing the issues which affect the country, with childhood hunger being the most prominent.  He shared with the audience that 4m children in the UK live in households that can’t afford the fruit, vegetables and protein needed to sustain a balanced diet.  The introduction of free school meals, which Andy lobbied for alongside Pat Fellows MBE and LACA, Prue Leith MBE and Jamie Oliver OBE has had a huge impact.  Yet, sadly holiday hunger remains a significant issue, with 1.5m children going hungry every day in the school holidays and he urged the industry to take action.

Andy expressed his admiration for several key figures in hospitality who work tirelessly to create a brighter future for children and young people, such as Pat Fellows MBE of LACA, Anne Pierce of Springboard, Cyrus Todiwala OBE, Jamie Oliver MBE and his good friend Michael Caines MBE.  He also praised the work of The Clink and its platform for rehabilitation.

Andy went on to share a story of how he and Michael Caines cooked together to feed children in the school holidays in Plymouth, one of the most badly affected areas by childhood hunger.  Beginning work at 6.30am, Andy chopped and peeled as Michael’s commis and when they opened for service at 11.30am, there were children as far as the eye could see.  One lady, who was late for service, had walked four miles with her children to get them a meal.  The sheer scale and enormity was a humbling experience and really highlighted the need for change.

With 4.7m people in the UK living in food poverty, Andy urged the industry to work together to face the challenges ahead, and to continue to fight to ensure the retention of Universal Free School Meals going forwards.

As his speech came to a close, one member of the audience asked how the market is changing with the emergence of Gen Z, and he replied with four key points:

Andy finished his speech with:

“People forget what you say and what you do, but they will never forget how you made them feel.”

Following Andy’s speech, guests moved up to the River Room for drinks and canapés, courtesy of Unity Wines, Britvic and Délifrance before enjoying an exquisite three-course dinner in the Ballroom.