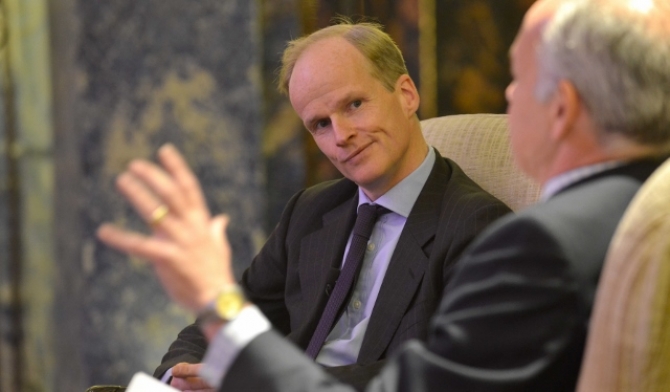 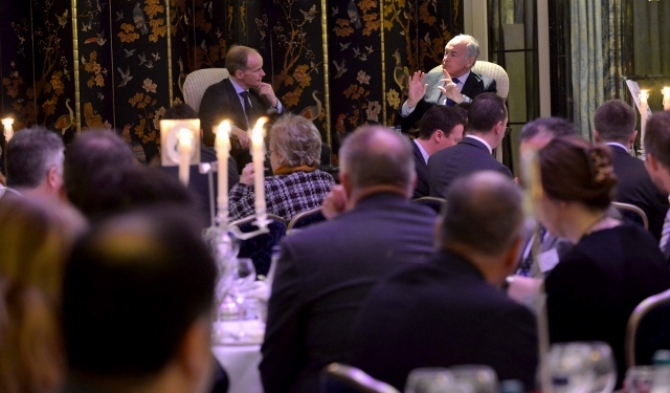 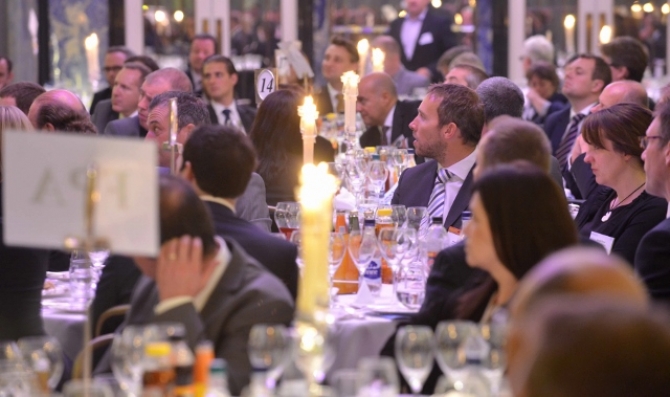 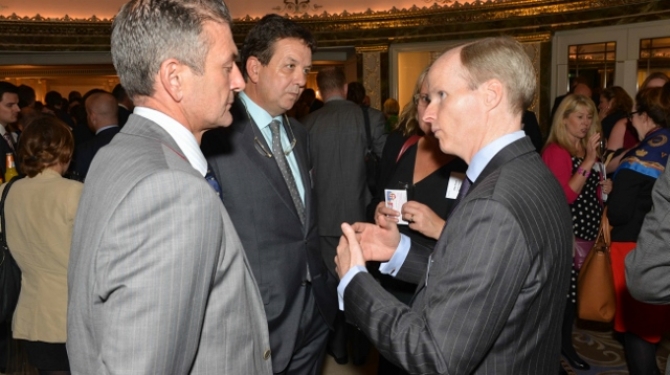 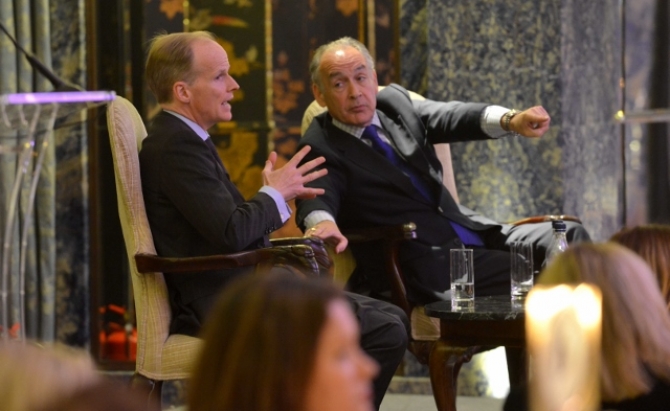 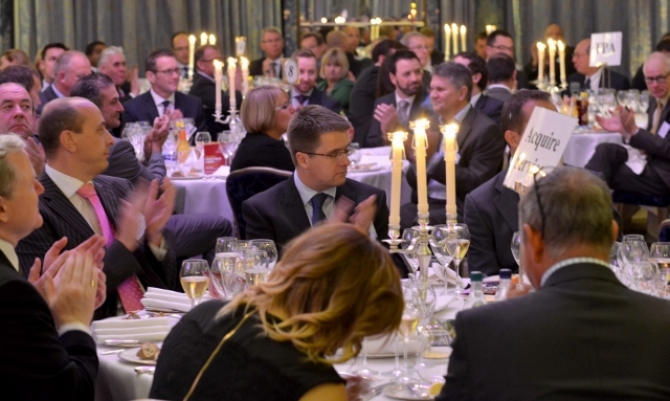 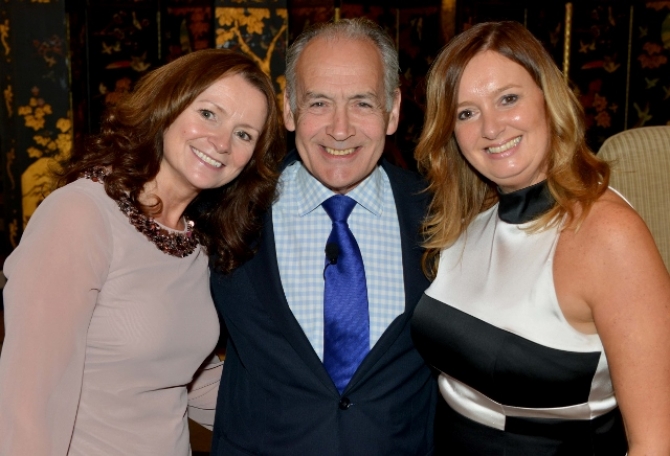 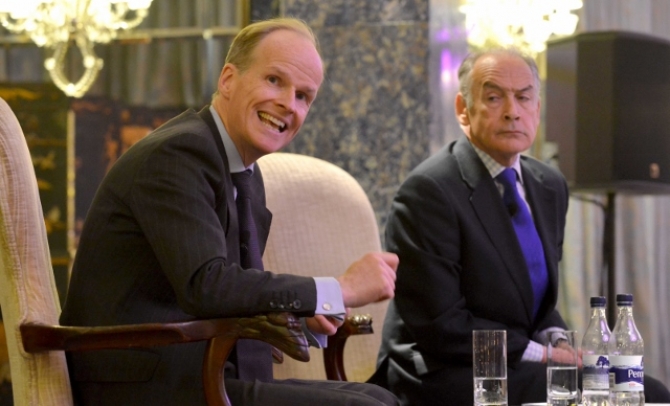 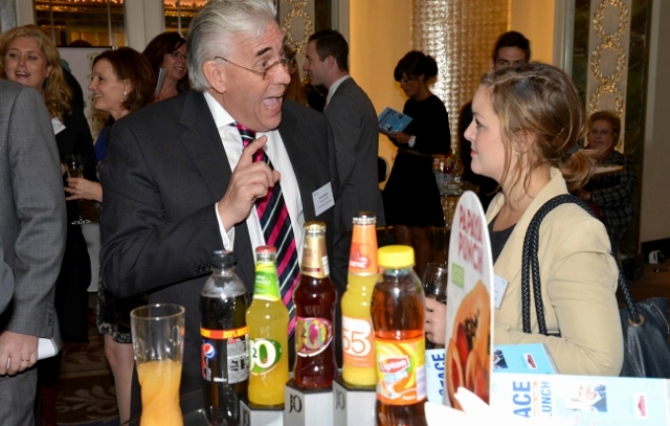 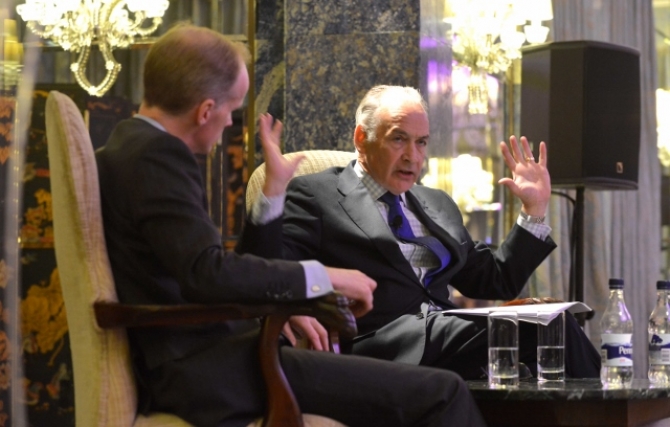 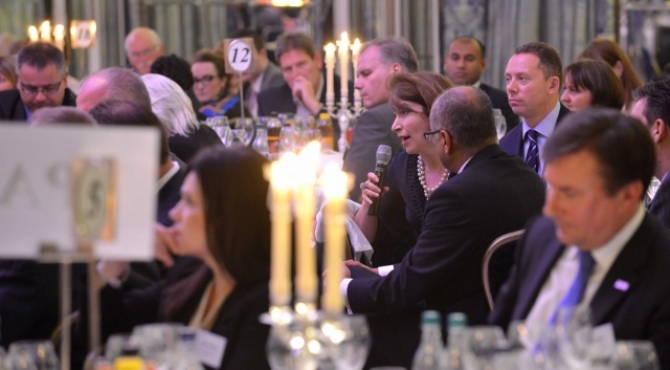 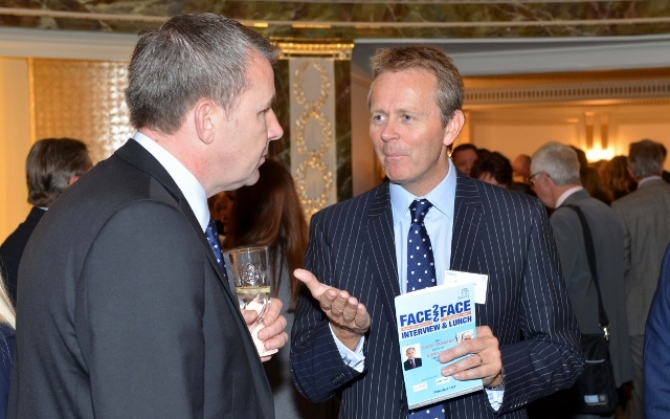 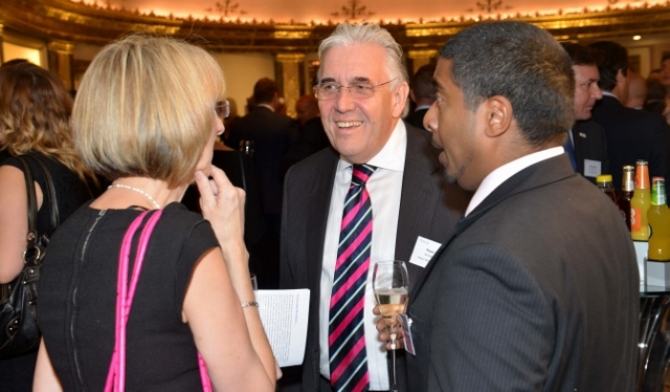 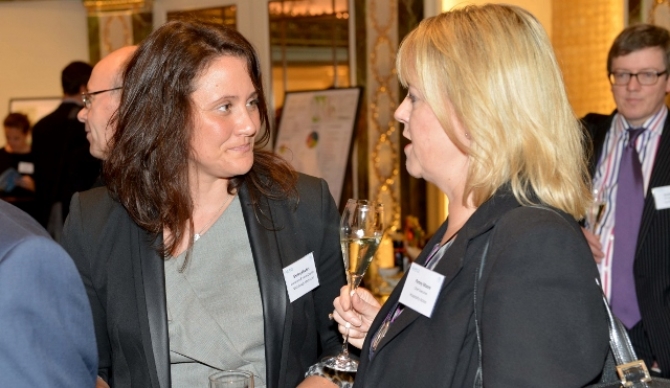 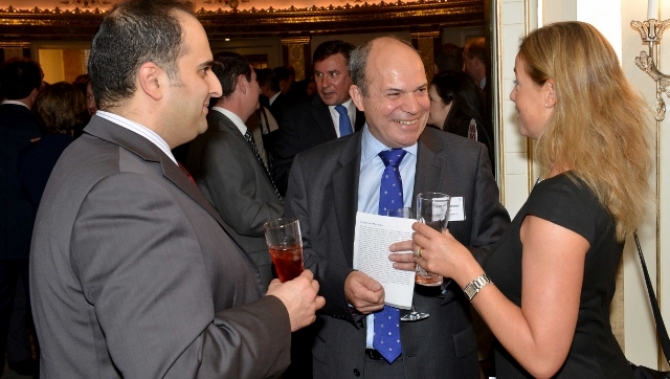 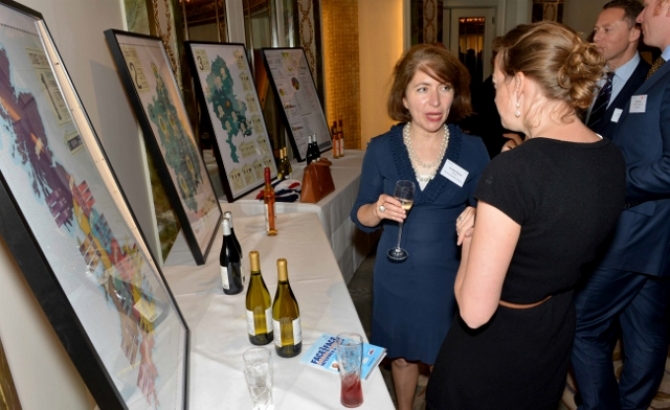 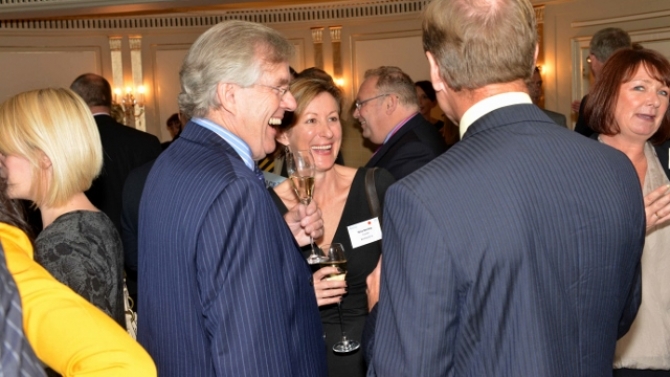 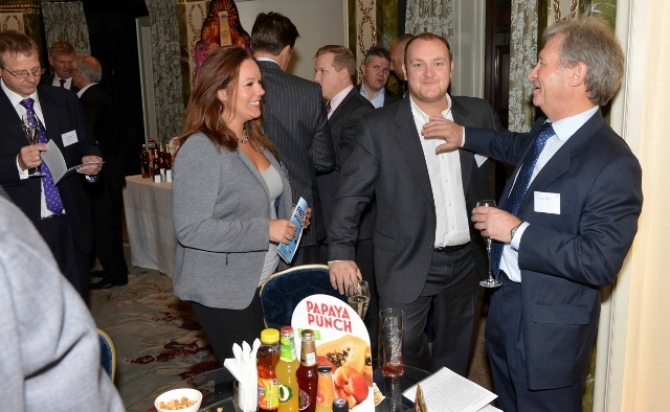 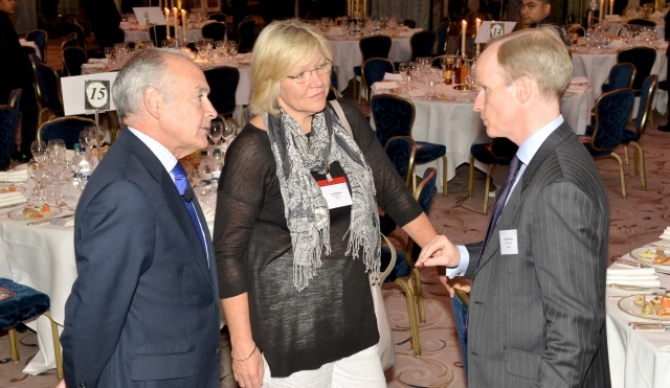 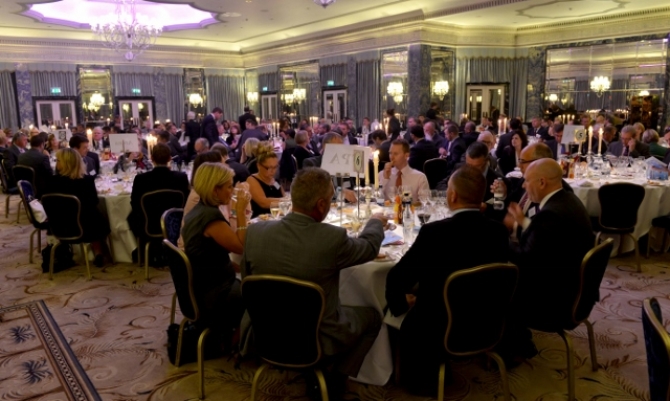 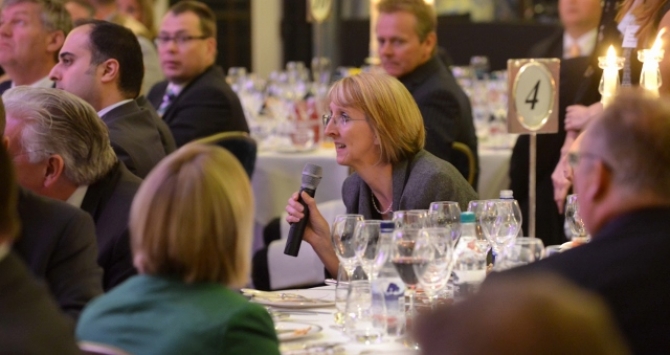 The drinks reception at the Arena Face2Face Interview & Lunch was buzzing. More than 200 industry professionals packed the room at The Dorchester and made the very most of the opportunity to meet new acquaintances and catch up with old colleagues.

In stark contrast, the ballroom at the start of lunch was silent as attentions focused in anticipation on the pending exchange between ITN’s inimitable interviewer Alastair Stewart and the hero of Booker, Charles Wilson.  As Arena’s director Lorraine Wood stated in her welcome speech, you really could have heard a pin drop.

Charles achieved great respect and distinction in the industry for dramatically transforming the fortunes of the wholesale company.  However, the audience learned a few new facts about Charles Wilson’s younger years that they may not have expected to hear.  For example, as entertainments officer at the University of Durham he recognised and booked famous bands, namely The House Martins, before they even hit the big time. Perhaps an early example of his great intuition?

The son of a Unilever man, Charles’ corporate career began at P&G, a company, Alastair stated, with a great reputation for producing brilliant people. He was later to branch out alone as a business consultant working on high-profile turnarounds, and working with the likes of Philip Green and Stuart Rose.  Charles went on to partner Rose for seven years at Argos, Booker, Arcadia and M&S, competently fulfilling the role of financial director, operations director and turnaround strategist.

Charles had successfully delivered eleven turnarounds when he re-joined the Booker he is so passionate about in 2005.  Having experienced some brutal turnarounds both in the UK and the US, he described what he found at Booker as a complete mess. Booker was hanging in the balance and Charles admitted that at times “it was pretty scary.”

True to his brilliant reputation, Charles pulled Booker around, repaid the debt remarkably quickly and by 2008 Booker was back on firm ground and getting going.

Moving the interview past 2008, when Charles last addressed an Arena audience, Alastair probed Charles on the new version of Booker that has increased sales from £3billion in 2008 to £4.7billion today.  The new Booker has extended its reach and now satisfies the distinct expectations of Michelin-starred chefs and five-star venues like The Dorchester, thanks to the acquisition of Ritter Courivaud.  It also operates a distribution network, Chef Direct, and since the acquisition of Makro the business is growing in India with six cash and carries to date.

So what’s next for Booker? Charles revealed that in its current state Booker has the capacity to give £6billion sales, a potential he is keen to fulfil.

The customer and the future

The web is one area where customers can expect to see significant change. With 300,000 customers currently using the web, Booker is just at the beginning of what it is doing online.  Charles sees new technology as the biggest opportunity.  It levels the playing field between independents and multiples – think Trip Advisor, and allows for better service at lower costs – think Skype.  He did, however, stress that people contact remains vital and must always be available.

With sustainability a huge topic, that is set to only get bigger, Alastair posed the question ‘Is it possible for Booker to have a sustainability policy?’  Charles cited the shocking fact from Stephen Emmetts book 10 billion that we need to produce the same amount of food in the next 40 years as the last 10,000, without destroying the planet!  He believes that sustainability is therefore imperative and Booker measures absolutely everything.  It’s a practical decision more than a moral one: “A sustainable business is better business.” And when asked if the shareholders got this sentiment, he simply replied, “The shareholders will get it.”

In conclusion Charles was asked if he was optimistic for the future economy.  Charles’ blunt reply was “it doesn’t matter”.  He explained that since the dramatic collapse of the banking system we have seen a radically different world. Despite the economy, there are some great things going on.  And specifically for our industry he believes that “uncertainty means great operators make more of a difference.”

When asked about job creation, Charles’ tip to government is to give a tax break on employment for small businesses, surmising that if every small business in the UK took on one person, we’d have a labour shortage.

Charles departed with a little advice for the talented and inventive industry new comers – have fun and play to your strengths.  “If you’re in the hospitality trade and don’t have fun you have a problem.”