On Monday 2 December the 2013 calendar of Arena events came to a glorious finale with the ever-popular Arena Christmas Event. As promised, it delivered first-rate industry interaction, and also a good serving of industry knowledge, insight and inspiration.

Guest speaker, Simon Emeny, gave an insight into his dynamic career and the Fuller’s business past, present and future. Industry experts, Horizons, opened the event with a look at what has been occurring in the foodservice arena during 2013 and what can be expected in 2014. 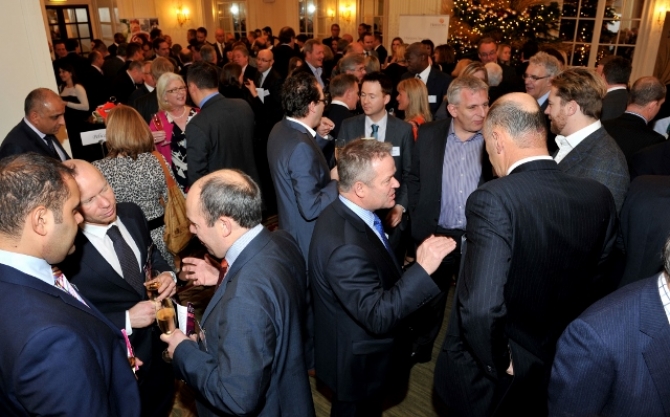 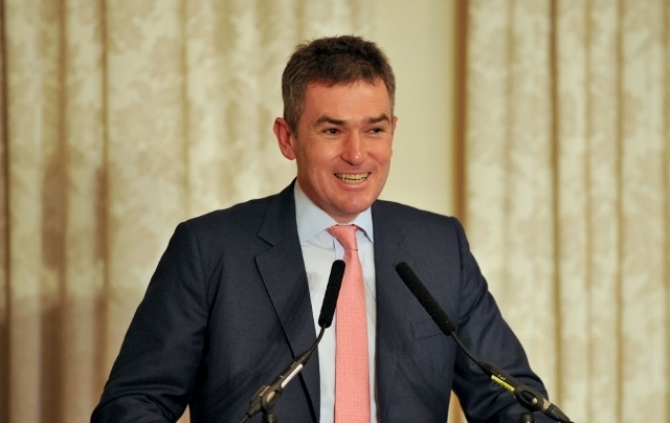 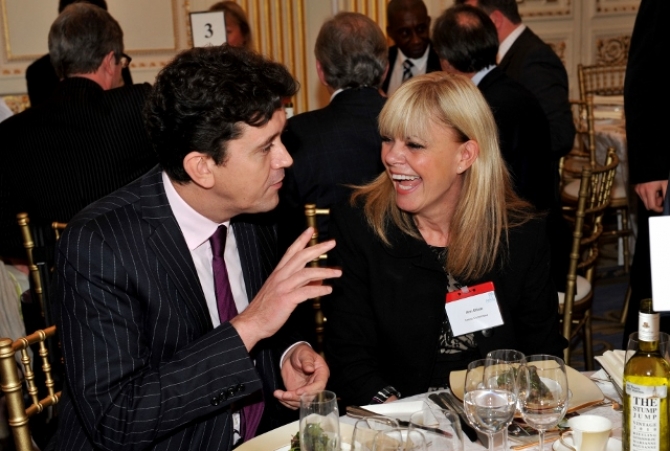 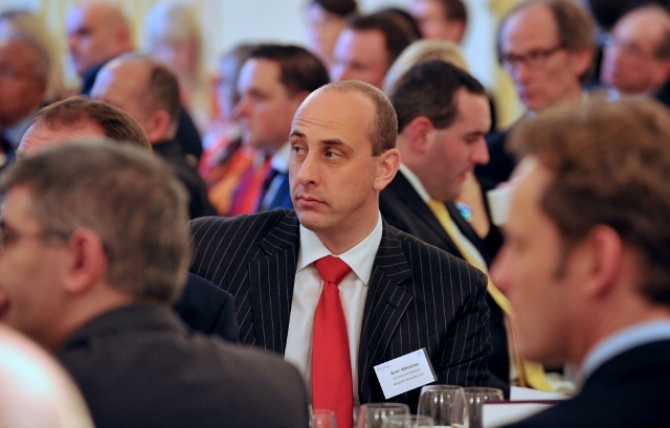 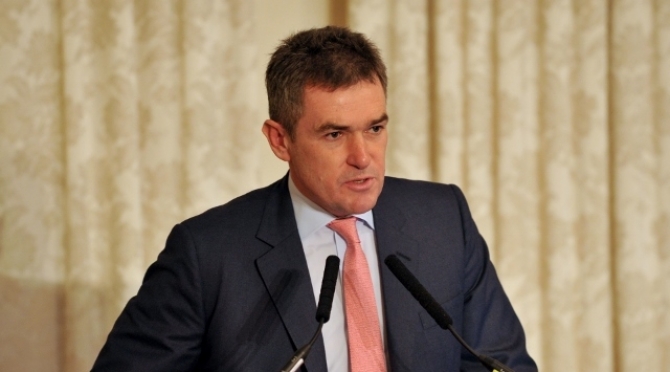 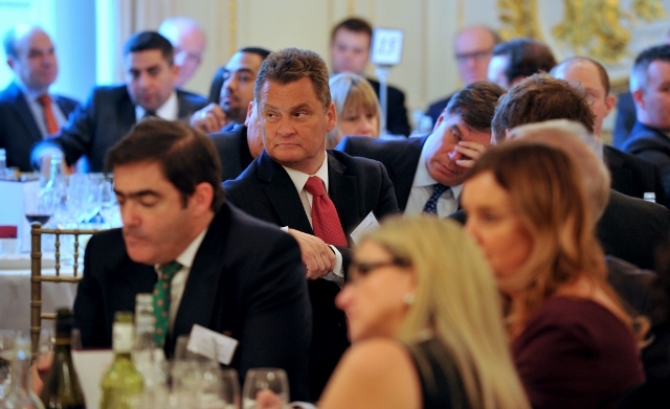 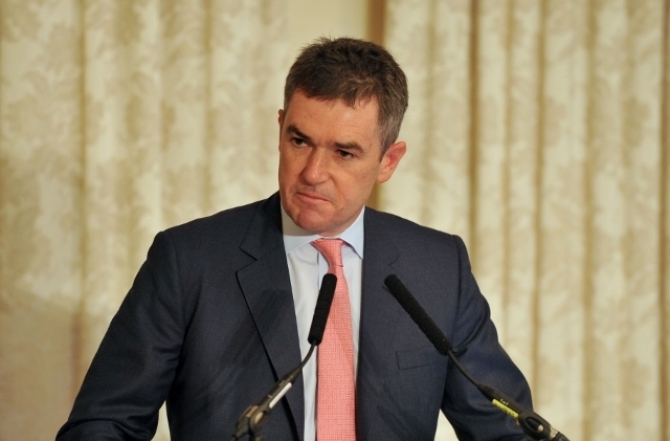 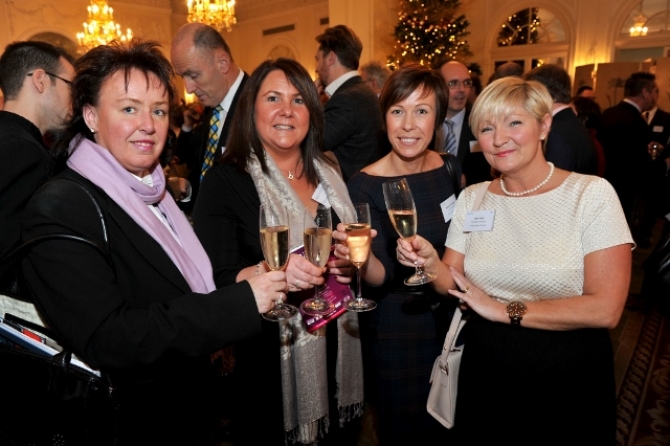 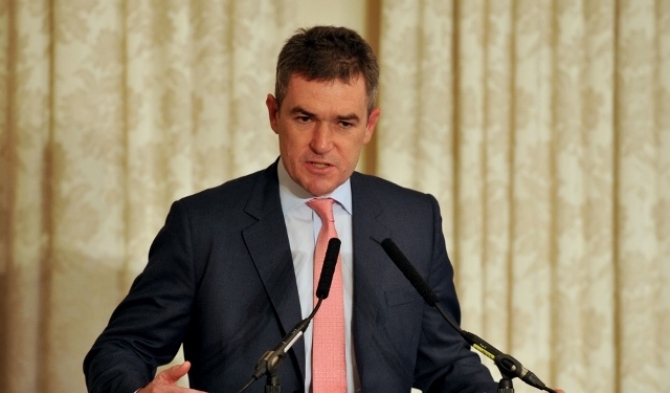 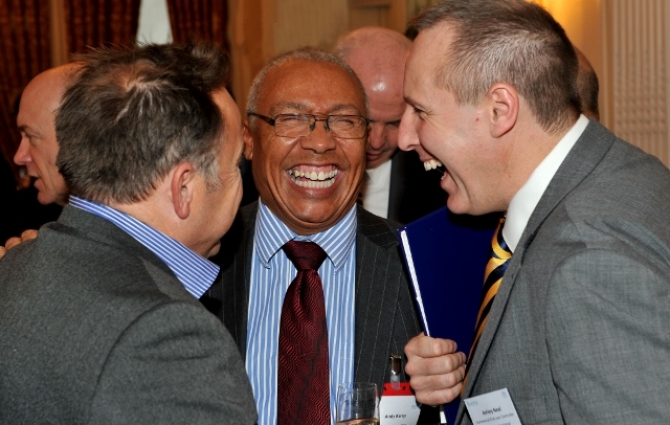 Lively interaction really was the dish of the day at the Arena Christmas Event 2013.  As industry experts Horizons and the Fuller’s CEO Simon Emeny brought the year of Arena events to a magnificent end with great insight and inspiration, the 200 industry professionals gathered at the Mandarin Oriental made the very most of the fantastic networking opportunities on offer.

Horizons kick started the proceedings with a fascinating look over 2013, highlighting the developments and events that defined the year and shaped the hospitality and foodservice industry.  The audience was taken on a month-by-month journey that saw, for example, the growth of snack and breakfast as an eating out occasion, the rise of free from choices, the ever-growing popularity of London as a tourist destination, ‘burger wars’, ‘horsemeat-gate’ and more interference from the great British weather.  From a starting point of low consumer confidence, the year ended on a much more positive note as economic recovery began.

Looking forward to the year ahead, Peter Backman firmly stated that 2014 will still be “all about the economy”.   The momentum of recovery will continue and broaden across the UK.  Fast and casual dining sectors will see ongoing success but concerns over personal finances will not yet dissipate so consumer caution and focus on value will remain.  Parting with prudent advice, Peter urged: “Always be aware of the unexpected and be ready for it!”

Following a delicious networking lunch, Simon Emeny, took to the stage.  A most likeable character, Simon was energetic and engaging, and provided a good insight into the man himself and his beloved Fuller’s.

Simon began by rewinding 25 years to a time when Yazz was number one in the charts with The Only Way is Up, Liverpool won the First Division, and Rainman was the film of the year, and Simon started his degree in economics and accountancy, dreaming of becoming an accountant.  It took just two weeks for him to realise this was the wrong dream and he really needed to do something he loved and would be good at – which accountancy certainly wasn’t!

He found solace, and the answer, in a bar.  Namely, the bars he successfully ran whilst studying for a degree in economics.  Pubs and bars was the perfect choice for Simon as he was not afraid of hard work, he loved people, and he enjoyed being part of a team.  On leaving university in 1988, Simon joined Bass on a graduate scheme and so began his illustrious career.

Simon described his time at Bass as the formative years of his career. He worked with very talented people – such as Neil Griffiths and Stephen Gould who were also in the audience – and thanks to the great training and development opportunities he excelled, becoming area manager at just 25 years old.

When Fuller’s came knocking at this door in 1996, he made the move to establish and grow its managed pubs division so that, just like the beer company, with its much-loved London Pride, and tenanted pubs, it would be a notable source of profit.

A family-controlled business, Fuller’s has a distinct nurturing culture of “style and not fashion” that focuses on the long-term. In 2001, the core values and objectives by which the business should operate were set in four distinct pillars – outstanding cask ale, delicious fresh food, great wines, and superb and engaging service.  Standing the test of time, these values still underpin Fuller’s today.

Upholding the pillars, Fuller’s has invested heavily in modern cellar equipment and staff training, it has made the bold decision to compete on food quality and not price preparing fresh food only with microwaves banned from all kitchens, it offers wines that are not available anywhere else, and motivates staff in service excellence.

Over his 25 year career, Simon has seen an enormous change in the pub customer.  Today’s customer wants something very special that they can’t get at home or in a restaurant, and brands they can’t find on a supermarket shelf.  In essence, they want a great atmosphere and a fantastic experience – an area in which Simon proudly stated “the team excels”.

Simon became CEO of Fuller’s in June of this year, and just last week he released his first, and very well received, set of results as the first non-family CEO of the business. Firm in the belief that big isn’t necessarily beautiful, Fuller’s now boasts 175 exceptional pubs and boutique hotels, with 50% outside the M25, turning over £1million each.

Last year Fuller’s opened The Parcel Yard at Kings Cross, which at 10,000 square feet is the largest station pub in the country. This significant opening represents a long-term plan to develop pubs around transport hubs.  For example, in June of next year the aptly-named London Pride will open at Heathrow’s new Terminal 2 and cater for an international audience.

During the question and answer session, Simon was unapologetic in his belief that the smoking ban was the best thing that happened to the pub industry. At 8am, 60% of Fuller’s customers are women drinking coffee and perhaps taking breakfast, and he believes that “it wouldn’t have happened before the smoking ban.”  The unpleasant pub smell in the morning would have deterred this customer base, so the smoking ban enabled this opportunity and area of growth.  He also defended his company’s decision to ban e-cigarettes, describing them as “disconcerting” and “regressive”.

Simon ended by confirming that:  “Fuller, Smith & Turner P.L.C. will continue to evolve and innovate but its core values will remain the same.”