The Arena Summer Event 2014 was a hotbed of learning and productive networking.  The fantastic combination of the latest industry analysis and insight from industry commentator Peter Martin and the inspiring guest speaker Alex Reilley, interspersed with ample opportunities to connect with colleagues from across the industry, made this a beneficial day out of the office for all. 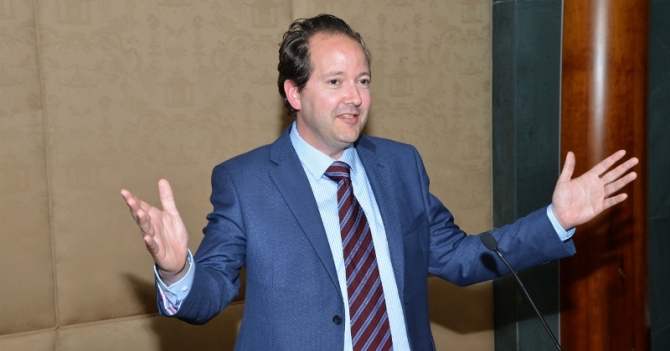 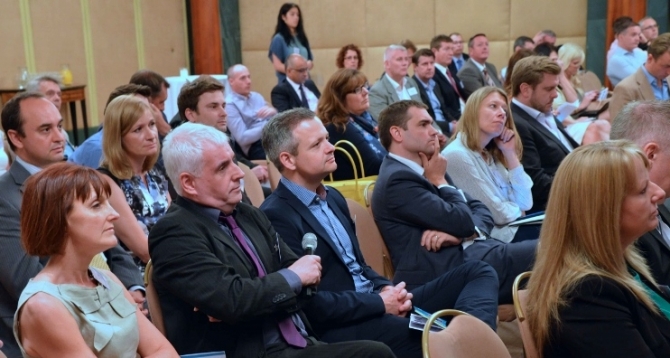 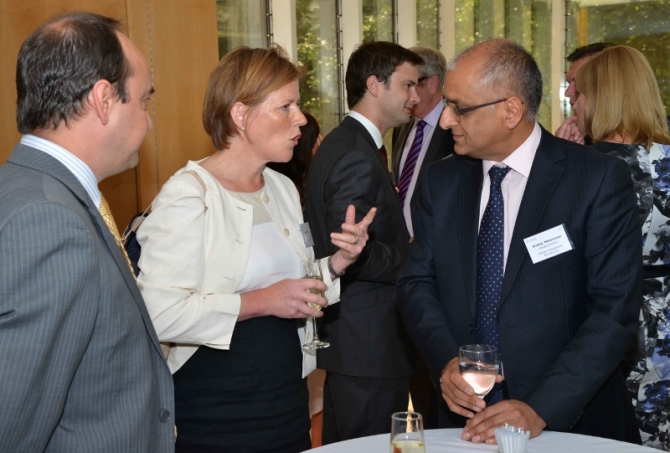 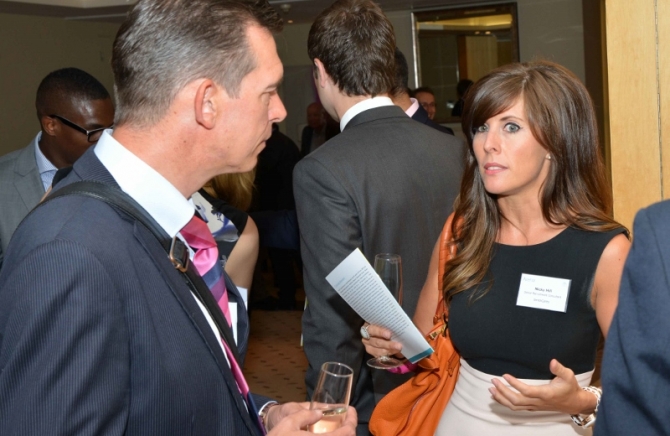 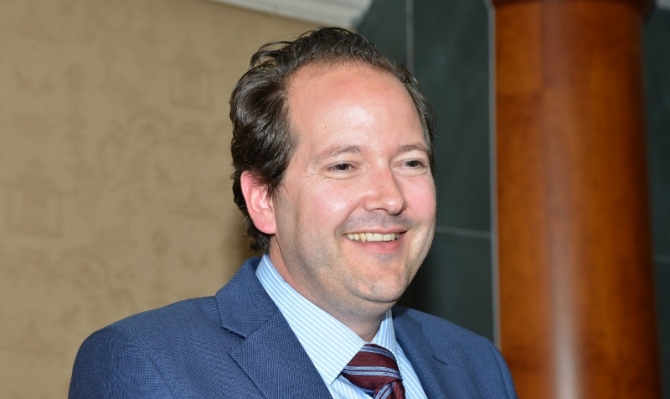 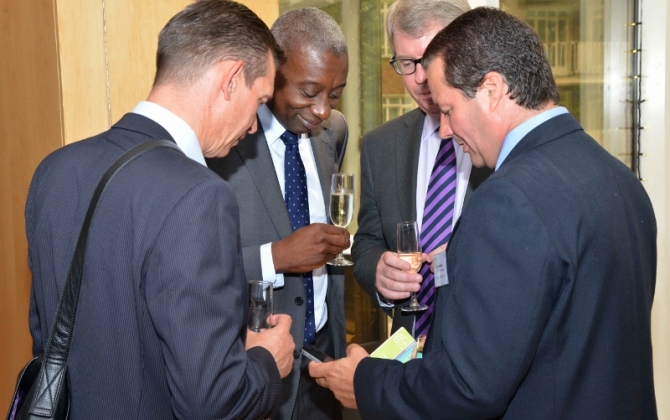 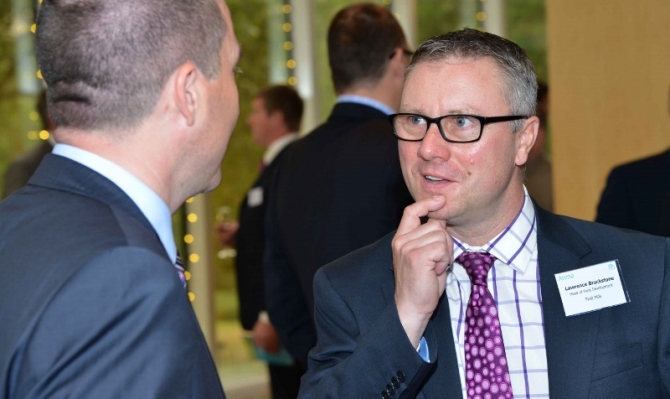 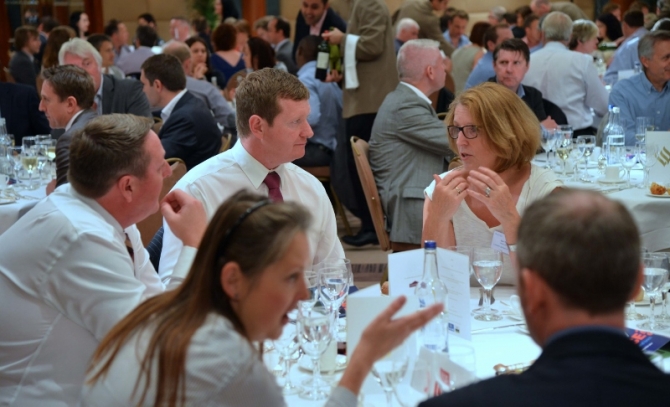 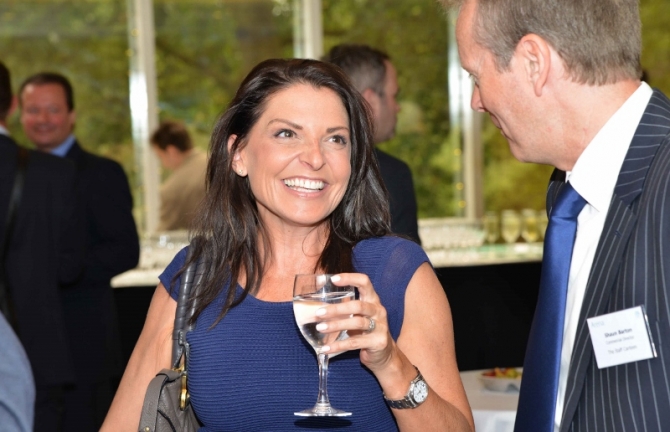 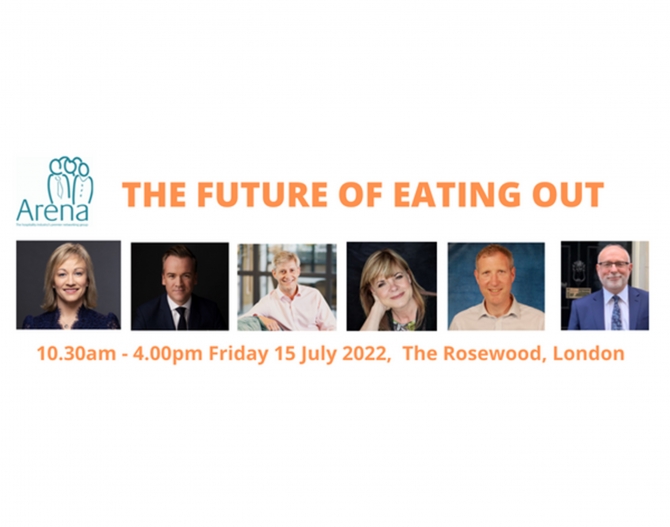 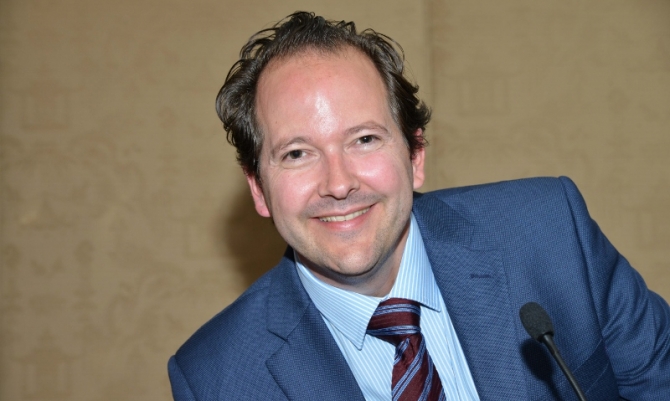 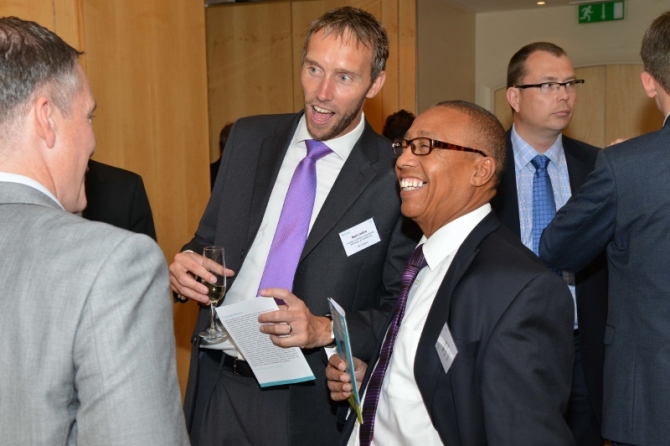 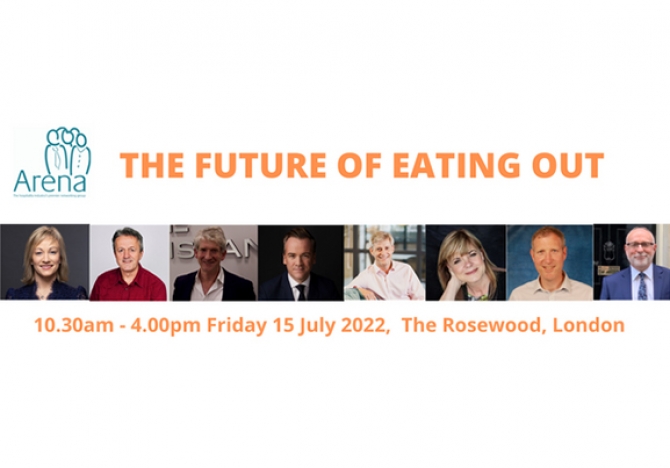 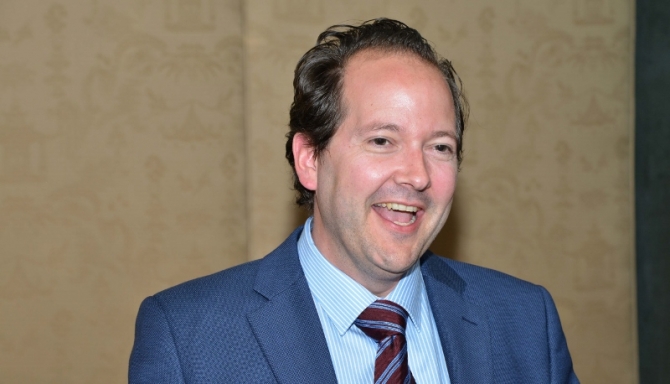 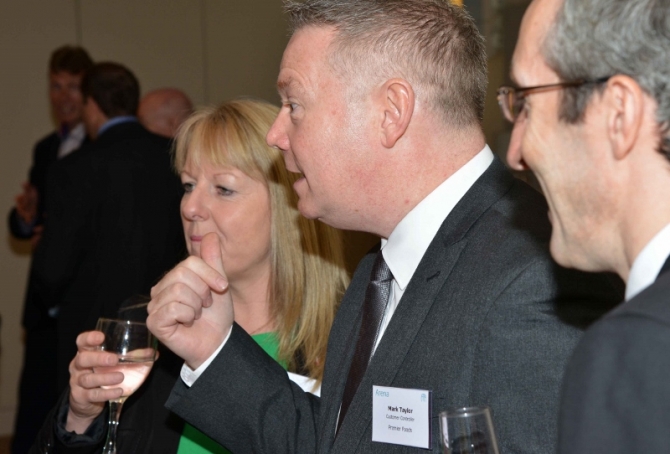 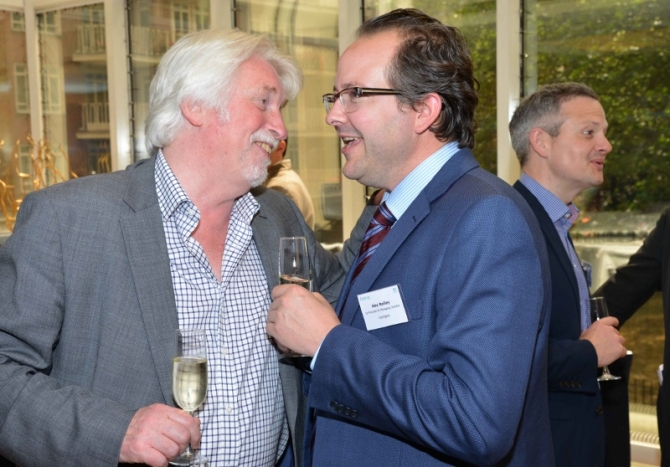 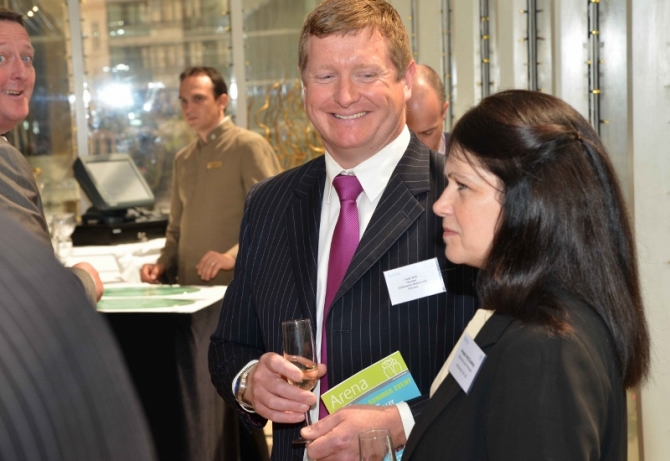 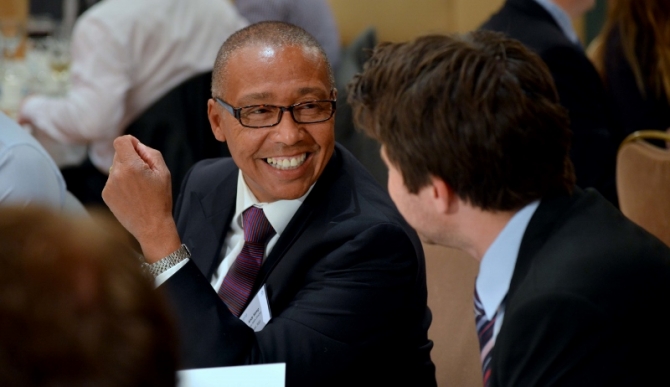 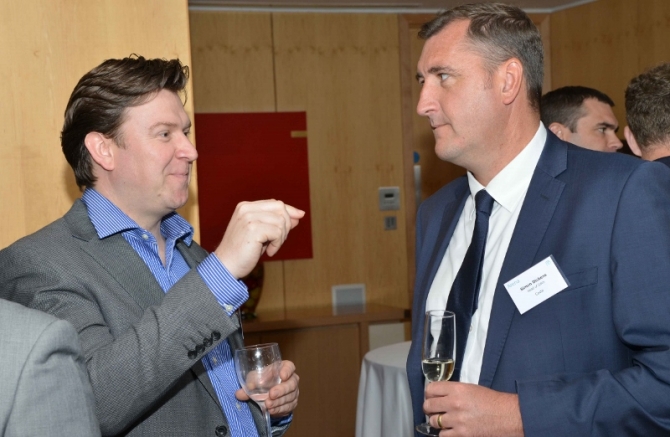 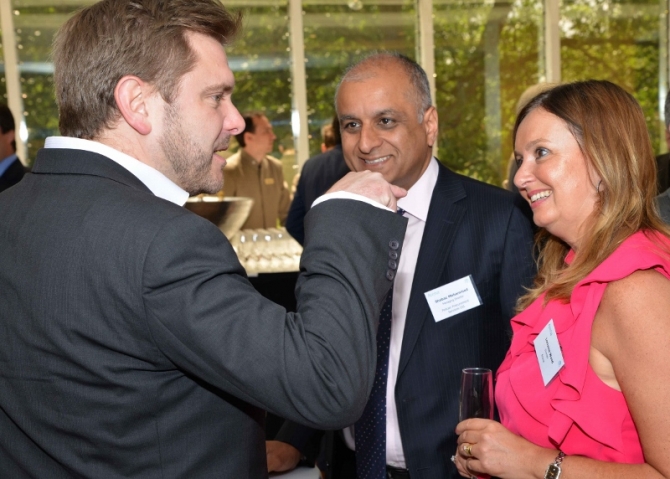 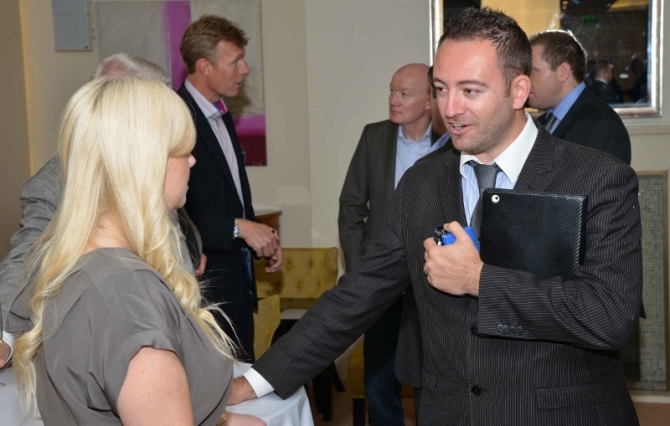 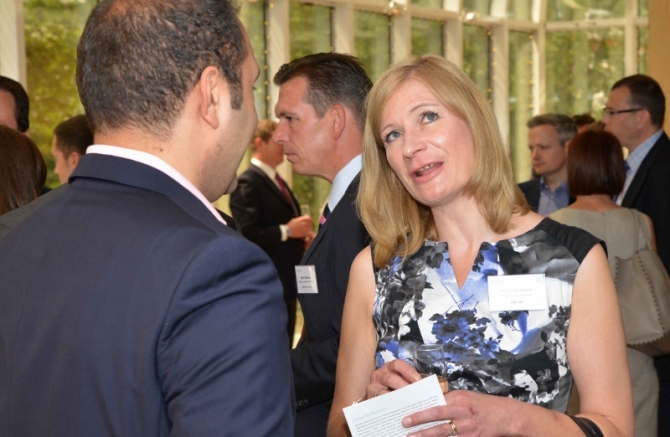 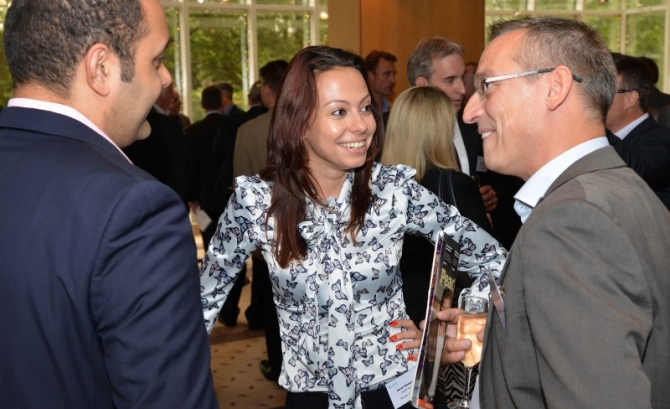 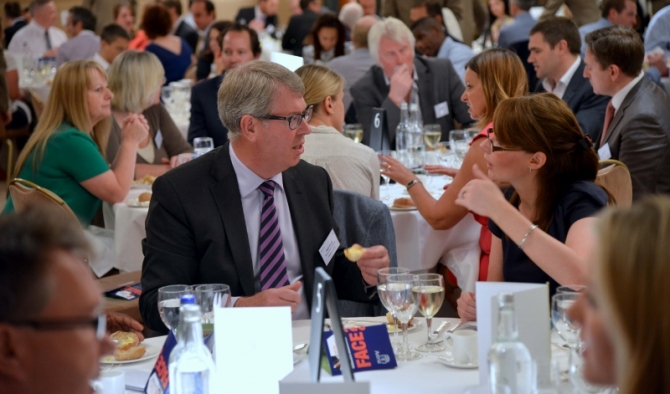 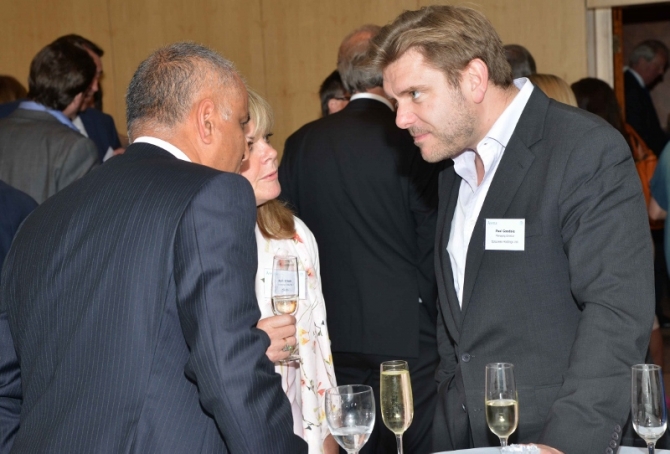 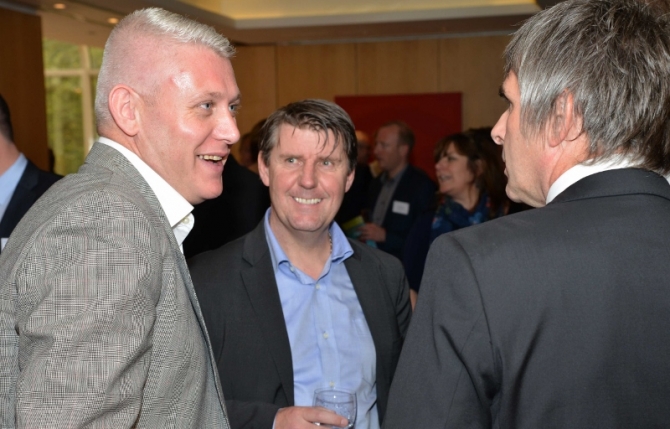 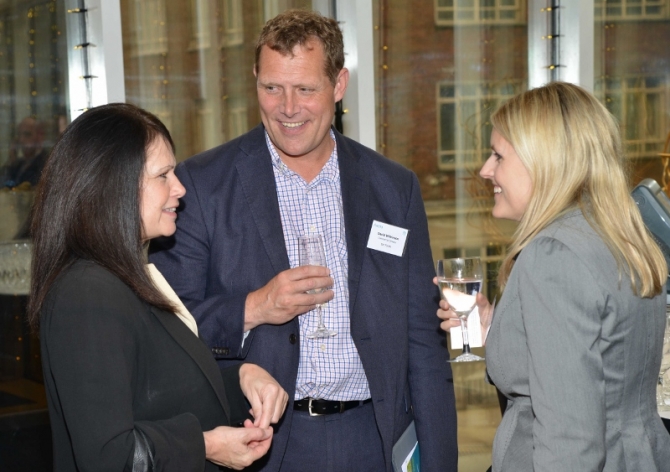 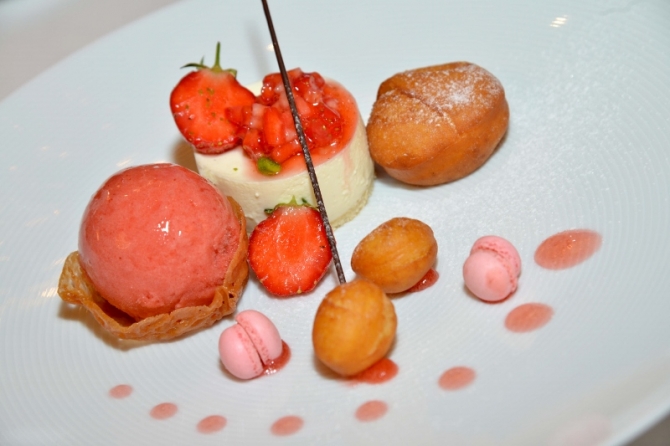 The knowledge, expertise and verve of industry commentator Peter Martin and industry success story Alex Reilley – the entrepreneurial co-founder and managing director of Loungers – ensured guests at The Arena Summer Event 2014 were updated on the latest developments in the UK eating and drinking out market, and inspired by the abundance of opportunities and possibilities our industry has to offer.

Peter Martin opened the event with his enlightening and dynamically-delivered presentation outlining the Ten Winning Trends shaping the sector.  From optimism and growth, marketing, and localisation through to premiumisation, the rise of Wetherspoons, and technology, Peter used his expertise and compelling CGA Peach data to paint a clear picture of the real opportunities and challenges there for the taking.

Describing the here and now as “the most competitive time I’ve ever known, and the most exciting and innovative”, Peter advised operators not to expect too much growth in the immediate year ahead, but to be on their guard as optimistic, entrepreneurial and competitive small companies enter the market with gusto.

Acknowledging that there will be losers, he reminded the audience that by understanding what the customer wants, and delivering the very best experience through the very best teams, it is more than possible to be a winner.

The discussion continued into the networking drinks reception that generated excellent interaction between attendees.  Likewise, over the delicious lunch the buzz in the room was indicative of the first-rate networking in full flow.

Alex Reilley then took to the stage and gave a relaxed and somewhat modest overview of the phenomenal success he has enjoyed with Loungers.

The café, bar and restaurant group, by his own admission, is not a concept that can be easily pigeon-holed but with a rolling customer base spanning the generations, it is one that works.  Each venue, located on secondary suburban high streets and oozing ‘granny chic’ style, has its own sense of identity, offers “all the comfort of home but better”, serves fresh, imaginative and affordable food, and gives customers many ‘excuses’ to visit throughout the day.

Since its birth in 2002, Loungers has grown aggressively, with 50 sites employing 1300 the expected tally by the end of 2014.  At this year’s staff festival, Loungefest, Alex indeed wondered how they got so big so quickly.  Not surprising considering there was originally just three of them – Alex, his long-term friend Jake Bishop and Dave Reid.

Alex got his first taste and love of catering before college working as a waiter at The Case in Leicester to fund his travels.  Once at college he soon discovered that academia was not for him and returned to The Case as trainee manager.

A move to Bristol in 1996 was significant. It was here that Alex and Jake met Dave and the dynamic trio starting dreaming of starting a business.  A trip to Australia and New Zealand that filled Dave with enthusiasm for its café/bar culture was to be the catalyst. With £10,000 each to invest, a £20,000 bank loan, and Alex and Jake still working as general managers at the Glass Boat Company, the dream became a reality.

One of the first decisions was that they would not offer food as they did not want to work with chefs.  However, when an old Opticians in the young, professional Southfield area of Bristol presented the perfect venue, its plans included a kitchen!  This proved to be the happiest of all happy accidents. With no contingency for failure but a strong belief that they had created something special, the first Lounge opened in August 2002.

Alex clearly, and fondly, remembered their first ever customer who confidently walked in as if they had always been there, and how the three of them drank every sip of her cappuccino with her.

Testament to its success, the second Lounge opened just ten months later, with three more Bristol sites in the three years that followed, and the first site outside of the city in 2007.

In 2008, the trio found themselves in a new world with private equity on the agenda and Piper Private Equity showing a keen interest. Alex and Jake also decided that they needed to be in the business full time.  As the recession hit and the world became a strange place, the proposed deal was binned.  Alex, Jake and Dave, however, remained excited about the future.  Wisely, recession had always been factored into their plans with value for money always at Loungers’ core.  Seizing the benefits of reduced site costs and greater talent in the labour pool, and maintaining their strong belief in the business, they did not panic when like-for-likes fell in the first few months of recession, nor did they discount.  In fact, in 2009 they opened two more sites and in 2010 launched the first Cosy Club venue.

In 2011, private equity reared its head again, and with Dave indicating that he wanted to ‘get off the bus’ by 2013, the time was right.  Following a couple of false starts, exclusivity with Piper was signed on Good Friday 2012 for £15.5 million in a deal valuing the business at £35 million, and Dave took his leave.

By the end of 2012 Loungers boasted 29 sites, with new sites 80% funded by cash generated by the business, and ambitious expansion plans were in place.  Alex confirmed to the Arena audience that the business is on target for 90 sites by 2017 and well-placed to become a national brand.

He revealed that the biggest challenge in achieving this goal is cultural. Customers assume their Lounge is independent or in their town only – making it, in Alex’s words, “a cuddly, squishy, lovable, anti-brand rogue.”  The fear is that if customers know the truth, they may not like it. This challenge has been named ‘The Cause’ and it reminds them why they first set up Loungers, not to make rash decisions, that they employ people and not staff, and of their very first customer and her cappuccino.  Alex is very clear and determined that:  “We have a responsibility to protect this.”

The general managers will play a vital role in protecting Loungers’ unique culture.  They will live in the area, know the people on the street, and not follow a generic management style.  They will be flexible, adapt to the environment, and engage the community in their own special way, provoking the all-important question ‘is this your place?’  Alex confidently confirmed that with the right people, this culture is definitely scalable.