In the first of a new series of industry roundtable discussions, we gathered decision makers from the contract catering world to discuss the issues and challenges affecting their businesses and the role that technology has to play in addressing them.  Chaired by Ann Elliott, CEO of elliotts and hosted by Access Hospitality Group, the group discussed cost control, allergens, Brexit and managing sustainability.  Here, we share some of the themes and insights from the session. 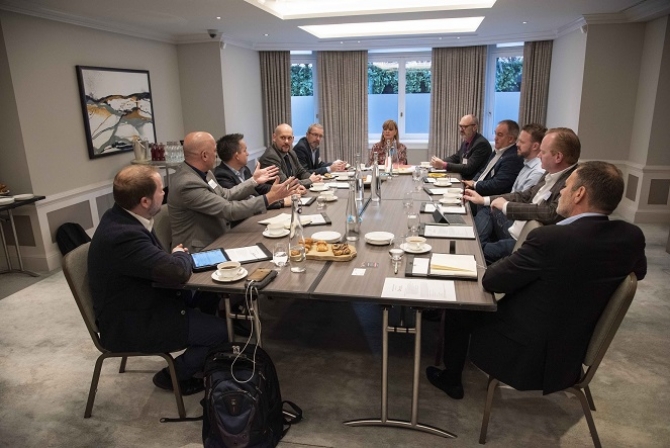 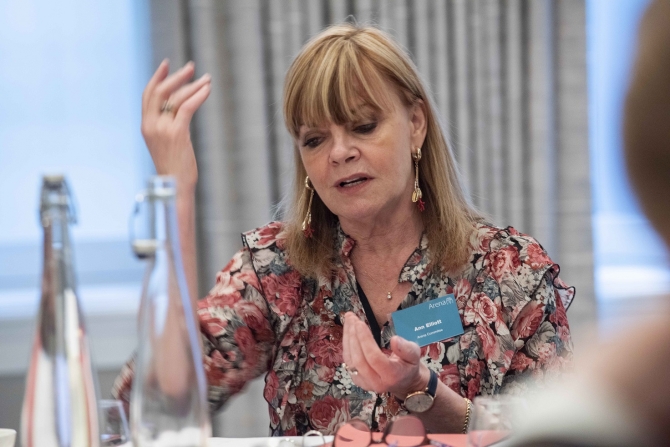 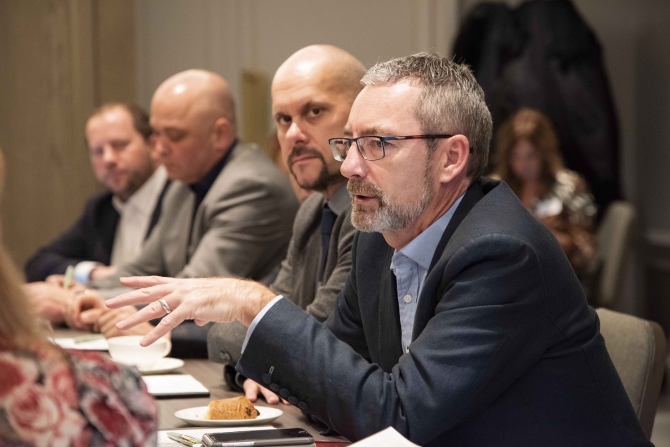 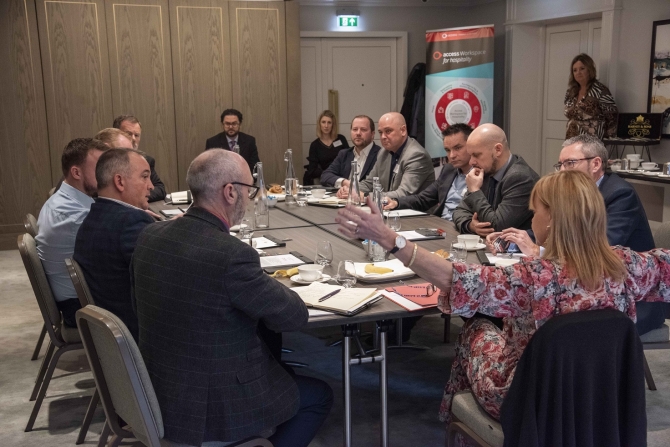 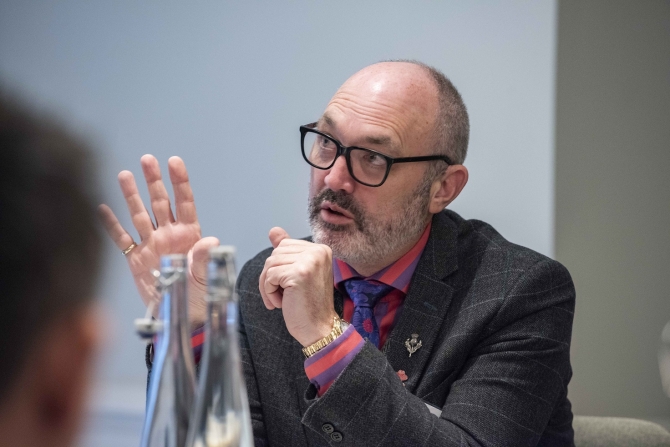 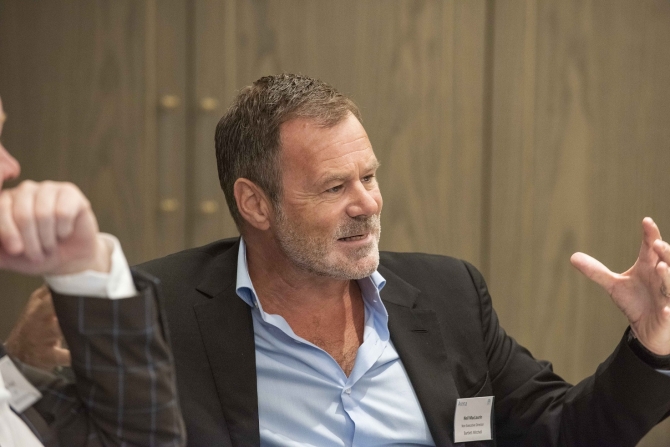 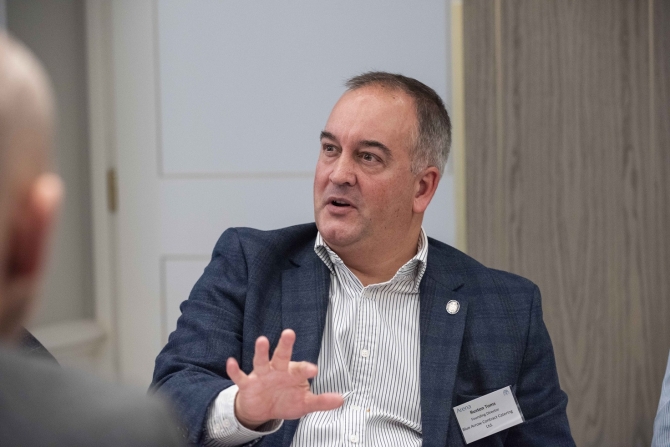 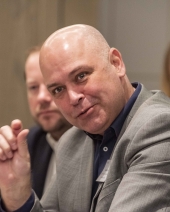 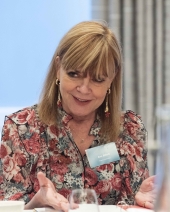 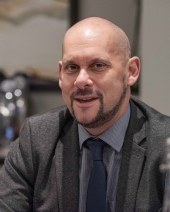 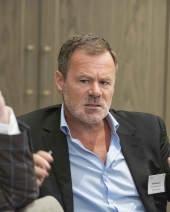 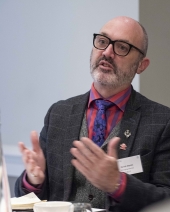 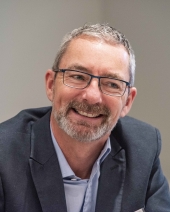 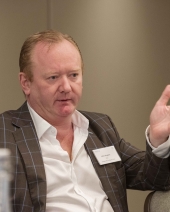 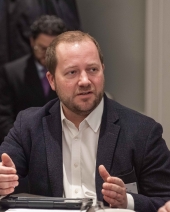 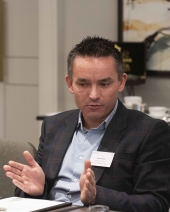 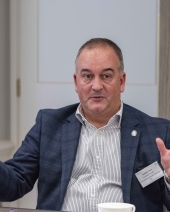 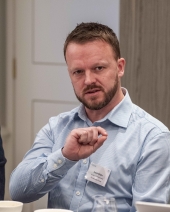 Rising costs is currently a challenge across the board, highlighted by the amount of CVAs we’ve seen on the high street. In contract catering, food and stock control, closely followed by labour are the single biggest challenges.

Caterers are improving technology systems to have a clear picture of stock so they can manage the supply base more effectively, by migrating to end-to-end systems.  Visibility puts everyone in a better position, but it was agreed by all that a fully-centralised recipe database isn’t possible; it stifles creativity and flexibility and the industry runs the risk of becoming a food factory. All agreed that the world would be a depressing place if there was one standard recipe for an egg sandwich.

Efficiency of portion control and minimising wastage are key to minimising costs, as is benchmarking and relationship development between chefs and purchasing.

In terms of labour, the industry needs to work smarter.  Small steps, such as staggering the start time of shifts can collectively make a difference to the bottom line.  Having the right technology in place can identify labour patterns and requirements.

Too much data results in analysis paralysis?

It was agreed round the table that data is absolutely paramount in the contract catering world but the question was raised if too much data can lead to analysis paralysis. The answer was yes, but it was agreed that data has changed, both in terms of methodology and speed.

The key to getting it right is the execution. Unlike the retail world, it’s not possible to compare contract to contract in the same way that Wagamama can for example.  So it’s important to measure the right things.  And, as one caterer pointed out, having the right people in place to analyse the data is crucial.  The data alone is not enough.

“We can’t be 99% sure on allergens anymore, it’s just not good enough”

Unsurprisingly, allergens and Natasha’s Law is at the top of everyone’s agenda. As a consequence,  there is significantly more going into menu management.

Labelling pre-packaged foods is the biggest challenge, given that food is often prepared fresh, on-site in a kitchen, not in factory conditions, where cross-contamination of allergens can be governed. There are fears that If food has to be prepared centrally, it will stifle the creativity and flexibility that are the characteristics of the marketplace.  It will become “catering by numbers”.

There were mixed views on who the responsibility of allergens should sit with; the consumer, the caterer or the Government.  But it was unanimous that there needs to be a clear distinction between an allergy and an intolerance; the caterer should not have to second guess.

The big fear is that we will get to a point where consumers will have to sign a disclaimer before they eat in a restaurant.

Technology will play an important role in making sure that the systems are in place to automate down the chain.  It should not be the responsibility of the lowest paid members of staff to communicate with customers on allergens; the responsibility is too large.

On the subject of Brexit, there are general concerns about the week that it happens. Prices will rise in the short term due to supply issues, but fears for the long term appear to have evened out.

It was noted that people have been leaving the UK and not arriving.  Initially, there was a knee-jerk reaction from many Eastern Europeans to leave, but this seems to have settled.

Everyone round the table agreed that that it’s crucial to keep employees engaged and informed, so that they really feel part of the business they work in.

No longer driven purely by millennials, focus on sustainability is prevalent and is moving up the chain to the older generations.   Whilst the UK is way ahead of other parts of the world, there is still an awful lot to be done and lots of challenges along the way.

One of the biggest obstacles for contract caterers is that they don’t manage the waste stream for clients.   And, there is a general lack of understanding amongst clients about sustainable business practices.  All are keen ‘to do the right thing’ but few understand the real implications of the practices they put in place.   Consequently, contract caterers have become educators and advisers.   Not all plastic is bad, for example, it’s what you do with it, that counts – PET bottles are a prime example.  Removing paper cups from sites completely, was another example given, to combat the misunderstanding about down-streaming.

It was agreed that the conversation around sustainability is “prevalent, relevant and more open than it’s ever been.” Ultimately, it will be driven by two things; the legal requirement and the commercials.

On the subject of consumer-facing technology, it was agreed that there is simply too much of it. Simplicity is the key.  For a consumer to download an app, there has to be something in it for them.  And, with the next generation not using apps, technology will need to get to the end result without them.  Caterers need to work with their clients to find the right app for their business and their customers.

Whilst contract caterers often have a captive audience, technology in the form of Deliveroo, Just Eat and counterparts has added an additional pressure point.

There was discussion about payment technology and if it ‘works’.  McDonald’s was given as an example - it’s reduced its labour bill by 8% and covers are up.  But, all were in agreement that as ever, the consumer wants choice; it depends on time, mood and the experience.  Sometimes they want the convenience of paying online and other times they want the personal touch.

How data and technology can support the contract catering world

The conversation wrapped up with thoughts on the role that technology plays in all of the above challenges.  Consolidation of data was the common theme.  Contract caterers need the critical data that’s relevant to the specialisms of their business and their individual sites, delivered at a time and in a format that has meaningful impact in shaping their business strategy.

Access Hospitality (part of The Access Group) is one of the UK’s leading providers of software to the hospitality market.  Built by combining some of the market’s award-winning, best-of-breed solutions including Access Procure Wizard and Access EPoS, its unique position is in being able to support multi-site operators in all day-to-day operations.  Access Hospitality is proud to work with over 1300 operators including Apex Hotels, The Red Carnation Hotel Collection, Jurys Inn, Cairn Group, Young’s, Itsu, Revolution Bars and Nando’s helping them reduce costs, improve staff engagement and deliver great guest experiences.