Kraft Heinz and Arena announced Leo Kattou as the winner of their new competition, 57 Hospitality Heroes - Growing a Better World, at Arena’s Autumn event. Recognising hospitality professionals under 30, the new initiative encouraged the entire industry to nominate their ‘hospitality heroes’ who are going above and beyond to give something back to the industry in their spare time. 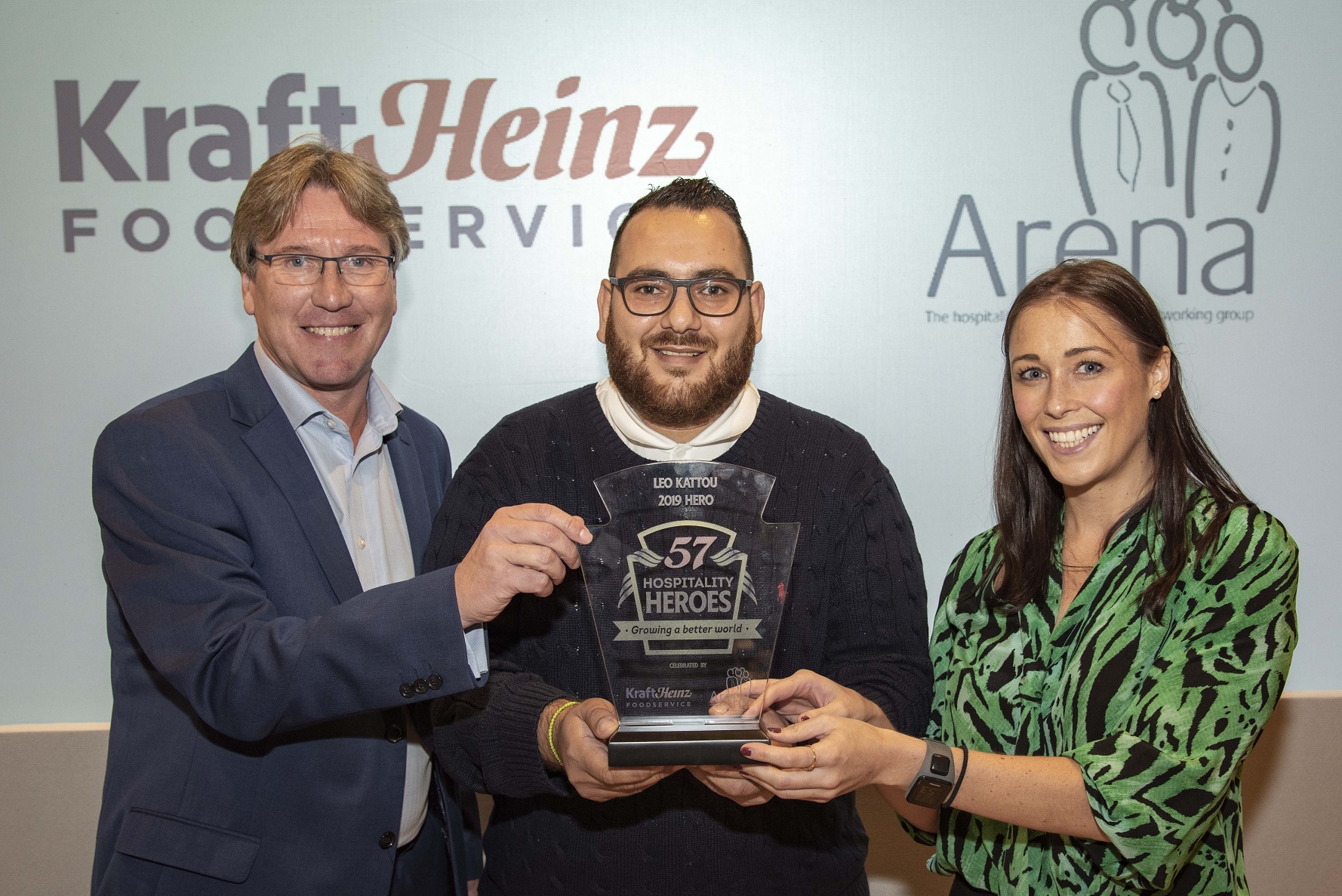 A senior sous chef at the Michelin-starred Simpsons Restaurant in Birmingham, Leo impressed the judges with his outstanding commitment to charity work and support for the next generation of young chefs. His accomplishments include raising £11,000 for Help Refugees, mentoring young chefs, organising a Greek pop-up fundraising night, donating his hair to The Little Princess Trust and organising a charity run in memory of his friend Matt Campbell.

Audrey Dilmi, marketing lead foodservice UK from The Kraft Heinz Company said: “Congratulations Leo, and well done to our other finalists.  Leo was in fact nominated by two separate people for his unwavering dedication to hospitality and fundraising. The competition marks the 150th anniversary of the Heinz brand and we’re delighted we could use this moment to highlight those creating a better future for the industry.”

Leo was up against strong competition from other esteemed finalists Sam Ross (BaxterStorey and City of Glasgow College) and Oliver Darrington (The Landmark London).

Lorraine Wood from Arena said: “We will be delighted to welcome Leo to the Arena Board for the next 12 months. He will also receive a donation to the charity of his choice and enjoy tickets to Arena networking events throughout the year.”