SSP, the Food Travel Experts, has experienced both great success and challenging times over the past five years. The man at the helm during this period, the CEO Andrew Lynch, provided the audience at the September Arena Lunch with an interesting, honest and well-received account of the business during this time. 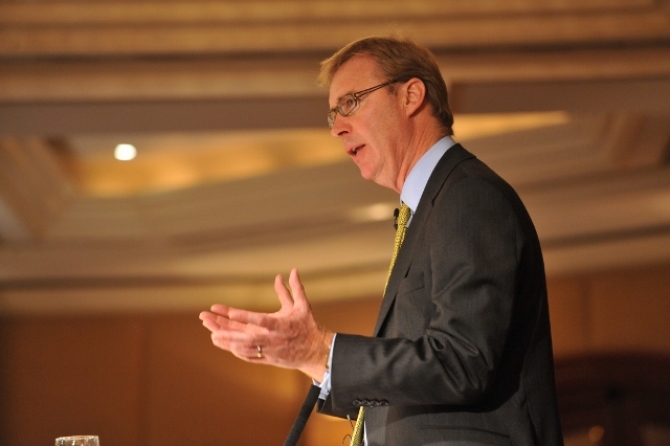 Five years ago, when Lynch was Group Finance Director at Compass Group there was a lot of City pressure on Compass to change its business model.  One solution was to sell off SSP, its successful travel catering subsidiary, and use the cash from the sale to de-gear.

Andrew Lynch explained the challenges and opportunities this brought SSP’s way.  Compass auctioned SSP and Moto in 2006 for £1.8bn.  Good news for Compass but the first challenge for SSP was that the deal was done at the height of the last decade’s boom and the price paid was 11 x EBITDA; SSP started its new life with £1bn of debt!

All was well for the first two years with the company experiencing good growth and profits.  However, the inflationary pressures of 2008 and the global economic crisis of 2009 brought major pressure on SSP in the form of diminishing numbers of travellers, and hence sales. Pressure on profits led to a process of refinancing of its debt.

Nine months of negotiations with 100 banks and equity partners eventually resulted in a satisfactory debt refinancing deal last year. The diminishing sales issue also had to be resolved and Lynch and his team tackled this head-on.  They brought in and trained more skilled retail staff, and developed a culture where teams were trained to drive sales, build growth and be rewarded on performance.  Value offers for customers were also developed and promoted.

The end result?  SSP today is back on a sound footing and sales are on the rise again.  A strongly performing team of 30,000 provides refreshments to 1 million travellers a day across 30 countries, racking up an impressive £1.6bn in annual sales. The company has recently secured a number of significant business wins at Malaga, Sydney and Houston airports among others, while it’s retention of existing business remains enviably healthy at over 90% of re-tendered contracts.  Proof that with the right leader and team in place, anything is achievable.