Steve Holmes, the man driving an exciting, vibrant and successful period of change at one of the UK’s leading casual dining restaurant brands, ASK Italian, delivered a passionate and fascinating post-lunch address at the July Arena event. 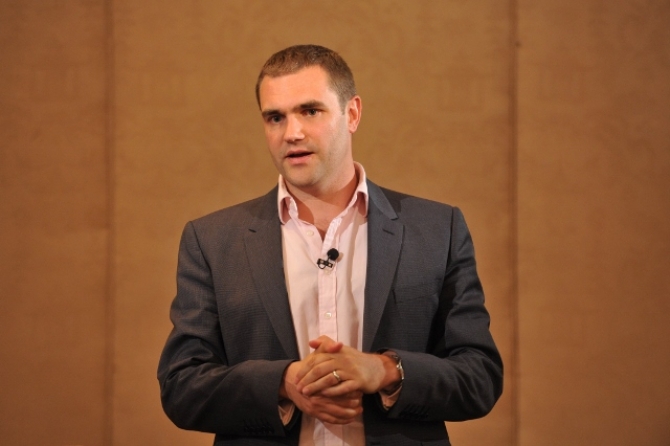 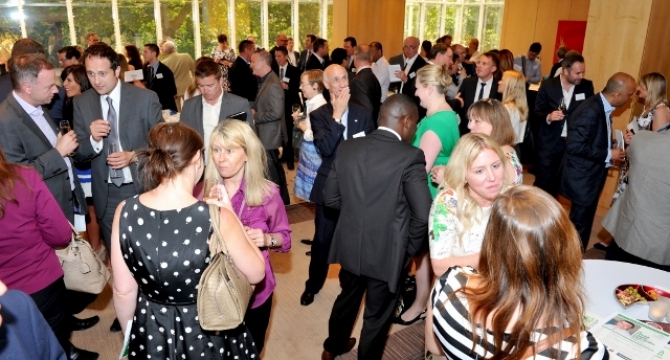 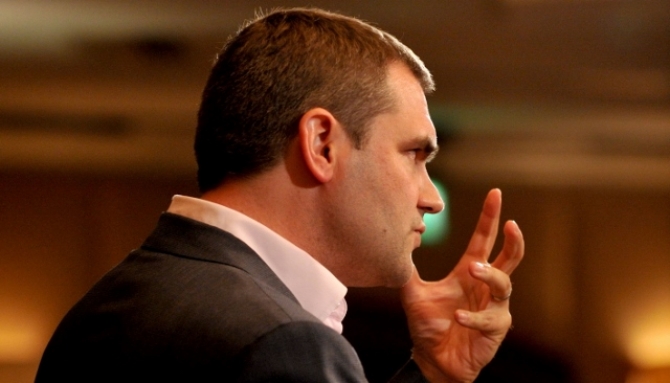 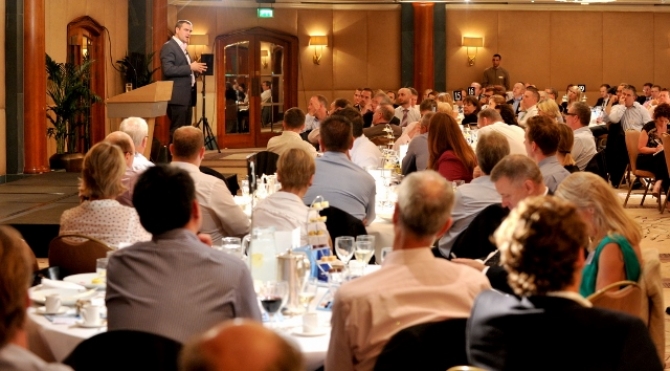 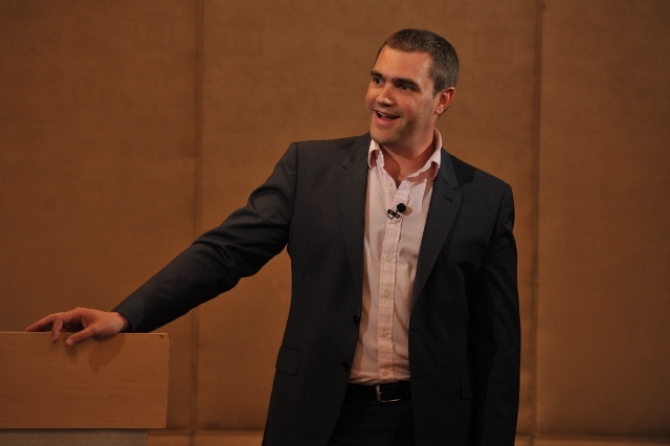 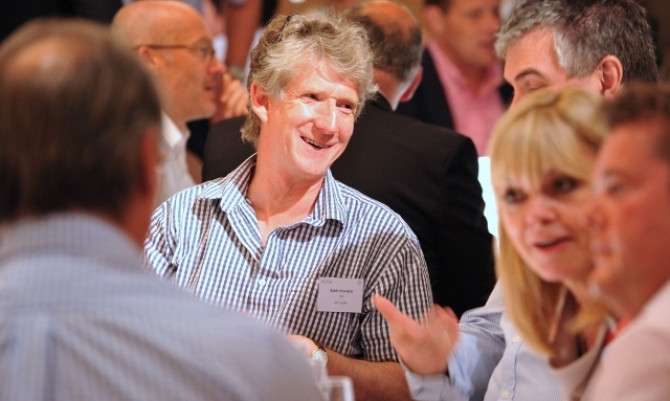 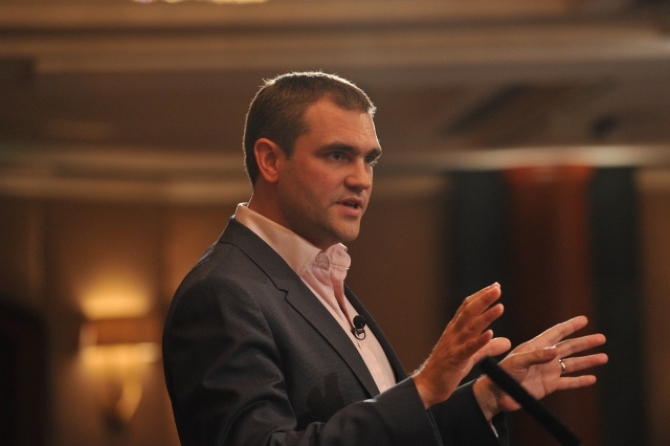 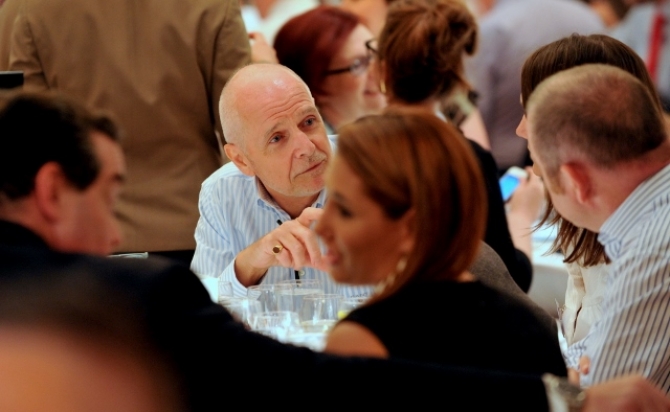 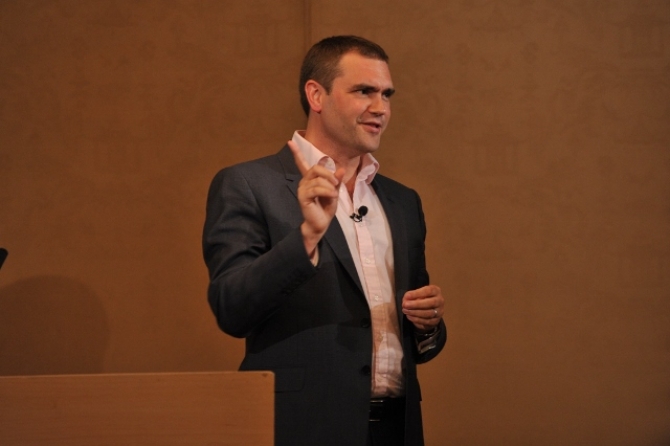 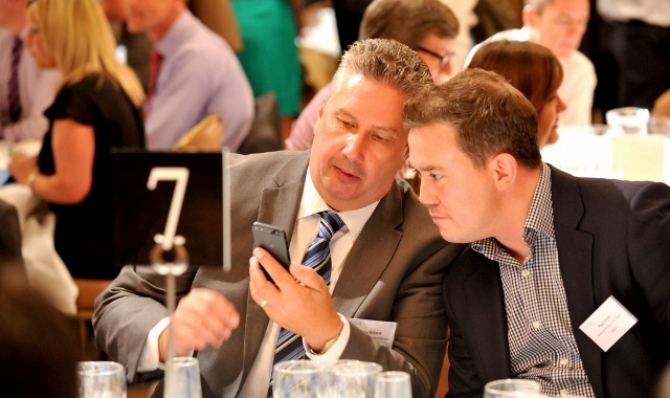 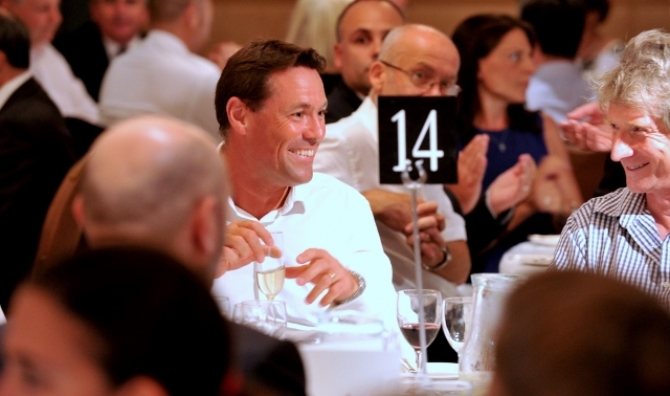 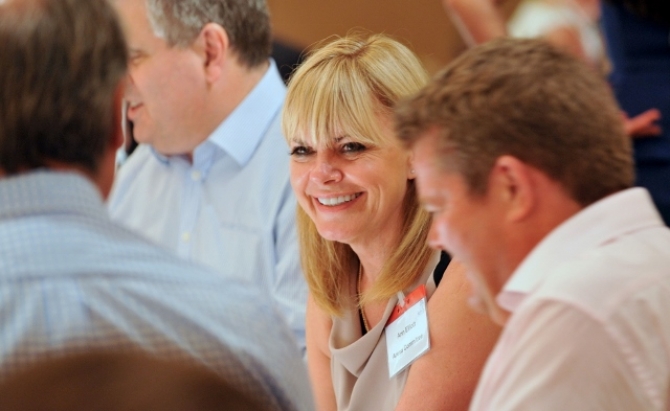 On one of the hottest days of the year industry professionals gathered at the Jumeirah Carlton Tower Hotel for the popular Arena July event. They were promised industry insight and an inspiring guest speaker, and that’s exactly what they got - with the added bonus of five-star air conditioning!

Allegra Strategies kick started the day with a presentation highlighting the findings of its Project Restaurant 2013 report. The audience absorbed a wide variety of valuable information, facts, stats, trends and predictions, giving them a clear overview of the current state of the branded restaurant market, what is shaping it, and what the future may well look like.

Quite aptly, one such piece of information was that Italian Food is the nation’s favourite when eating out.  Following an energetic drinks reception and a simply amazing lunch the guest speaker, ASK Italian’s managing director Steve Holmes, took to the stage to share the story of his specific Italian branded restaurant offering.

Steve’s presentation was fascinating.  The audience was thoroughly entertained by Steve’s honest, passionate and often amusing recount of the radical transformation of ASK Italian that he is driving.

When Steve joined ASK Italian three years ago he believed that all the business needed was a lick of paint and an injection of energy.  He soon realised, however, that he had been a little naïve, especially when his new job repeatedly provoked what he describes as the ‘ahhhhh effect’.  He quickly understood that whilst there really was not much wrong with the food or the people, ASK had simply been forgotten.  Consumers had no reason to visit and other brands were a lot more interesting and sexy. Something drastic needed to be done to make ASK relevant and return it to the glory days of 20 years ago when it was the number one Italian restaurant brand in the UK.

And so the shake-up began

A three-pronged attack was launched that would see bold decisions made in food, design and service. Steve harnessed the knowledge and expertise of a team of ‘expert friends’ to ensure ASK Italian offered authentic Italian food, wine and culture.

Theo Randall was brought in to work his magic on the menu.  The relationship has been so successful that he is now on his third round of menus. Steve explained that “Unlike traditional celebrity chef partnerships, Theo doesn’t just create a couple of dishes he looks at every part of the menu too, right down to the ingredients used.”  A job Steve described, with tongue in cheek, as needing “long and arduous trips to Italy!”

To make ASK Italian restaurants stand out, a completely different design direction was taken. With Tuscan already over-done, Milan – arguably the fashion capital of the world – became the inspiration for the makeover.

Absolutely everything changed, including the wine glasses, which are now ‘iconically ASK Italian’. In fact, the wine glasses have become the surprise celebrity of the transformation.  Despite initially dividing opinion, they proved so popular that 30,000 have been sold in the last year.

‘The pub test’ is one method used to recruit the team Steve is proud of. The rule is that if in the first 30-60 seconds of meeting a candidate you want to go to the pub with them, you hire them.  If you don’t, you move on. Steve gave a wonderful example of Marco, who turned up to his interview with a guitar and a cheeky confidence.  Three years on, Marco is still part of the team.

The rule book of service has also been thrown out the window, forcing waiters to think about the way they welcome and treat each individual customer.  There are no scripted steps of service, just a paragraph on how the service experience should make customers feel. The universal greetings ‘Have you booked?’ and ‘Table for two?’ have also been banned.

“Three quarters of the battle is getting the right people, the rest is culture,” said Steve. Recognition is a big part of ASK Italian’s culture.  Steve makes it his business to know everyone and the ‘Grandfather principle’, which deems that recognition must come from your line manager’s line manager to enable graduation, is applied.  Thanks to its culture, the business boasts 92% chef stability and Steve was clear in his sentiment: “I am incredibly proud of that.”

Three years on the hard work to create something very special seems to be working, despite the fact that ASK’s strong brand perception has been somewhat of a hindrance.  The ‘ahhhhh effect’ still exists, but it is now followed with ‘I went to ASK last week, it was really good’ and ‘I can’t work out why I hadn’t been for so long’ – pure music to Steve’s ears!

With the transformation a quarter of the way through, the next 18 months to two years will see the team obsessively and single-mindedly complete the process.  But there is no ‘five year plan’. They will keep going round again and again raising the bar and innovating the food, design and culture.

Urging those who have not been to an ASK Italian for a while to pay a visit, Steve concluded: “I’m confident that you’ll be a little bit surprised.”

This September the ASK Italian Grand Tour will sweep the nation to raise as much money as possible for its chosen charity, Great Ormond Street Hospital (GOSH).

Starting in Aberdeen on Monday 9 September and finishing at GOSH on Friday 27 September, the ASK Italian Grand Tour will celebrate great food as it visits every ASK Italian restaurant on its route through Scotland, Wales and England as part of the fundraising effort.

Fundraisers, like Steve Holmes, will be taking part in a series of activities along the way – including cycling, walking, triathlons and food nights.  They will also be joined by celebrities supporting the great cause.

Go to www.askitaliangrandtour.co.uk to find out how you can pledge your support – from sponsorships through to getting on your bike.

What the attendees say:

“The speaker was simply one of the best in recent history.  The networking is another bonus. A quality chat with someone that I’ve been trying to have for a while, plus another new contact purely by chance!  Great to catch up with existing friends as well.”  Steve Loughton, Managing Director, Jestic Ltd

“We really enjoyed it and thought it was great value for money. One of the few days away from the business that makes complete commercial sense. Looking forward to the next event in September.” Jane Rolls, Director, Firecracker Talent